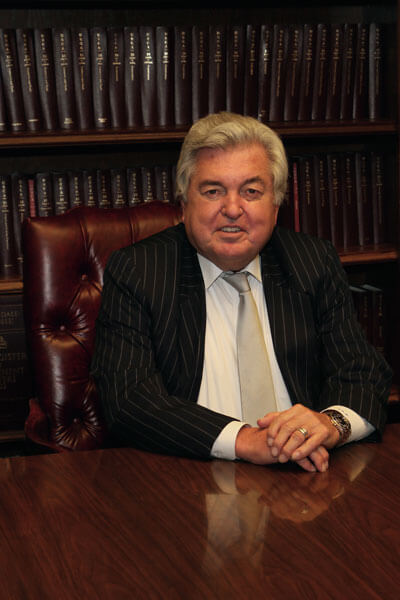 Criminal Defense Attorney James Martin Davis said he knew he wanted to be an attorney every since he was in grade school.

“Even though I was a special agent in the U.S. Secret Service and later an Organized Crime and Anti-Corruption Strike Force Prosecution, ultimately my goal was to become a trial lawyer with my own private practice,” Davis said.

When he first got admitted to the bar, Davis had the opportunity to join the litigation section of a large corporate law firm. It was an offer he turned down because he wanted to represent people rather than businesses. He admits he was much more interested in protecting an individual’s liberty than their property rights.

As a criminal defense attorney, Davis explained that he protects the U.S. Constitution, one citizen at a time.

Davis can practice law in four states: Nebraska, Iowa, Colorado and Indiana. He is also admitted to the U.S. Supreme Court, the U.S. Court of Claims, the U.S. Tax Court and numerous federal, district and circuit courts.

During his career, Davis said he has tried more than 150 jury trials in numerous states as well as in Washington, DC.

“My office primarily handles criminal cases, both state and federal. I also handle personal injury cases where the individuals are injured as the result of the negligence of others,” said Davis.

His office represents people in both federal and criminal matters in Omaha and across the Midwest. In addition to his recognition as Best Criminal Defense Attorney in The Reader for several years, Davis has also been named one of American Trial Lawyers Top 100 Lawyers, Great Plains Super Lawyer and is on the National Bar Register of Preeminent Lawyers.

Davis explained his staff is committed to providing personal service for each client. Initial consultations are complimentary, phones are answered 24/7 and he has bilingual staff members.

Innocence is more important than guilt

Davis wants people to understand that liberty is America’s most precious ideal. That’s why our founding fathers established the system they did. Davis said they knew it was impossible to devise a system where all the guilty were punished and all the innocent set free.

In order to insure the innocent individuals go free, the system has to permit a number of the guilty to go free as well.

“In our system, the criminal defense attorney is liberty’s last champion. I am proud of the work I do,” said Davis.