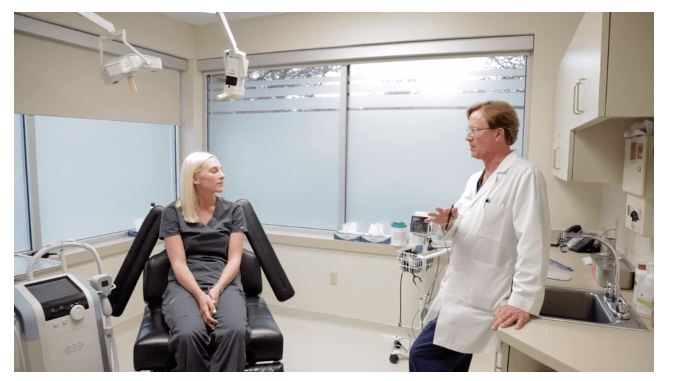 “I like taking care of people,” said Dr. Jeff Popp.

Dr. Popp started practicing in 1983 in Omaha in a group with two other doctors. He left two years later and spent a year at another group practice in Atlanta. After this experience, he decided to move back to Omaha and open his own office.

“My practice is a nice balance with about half of my patients coming in for cosmetic surgery and the other half for reconstructive surgery,” explained Dr. Popp.

It’s rewarding to him to help patients with reconstruction. These are individuals who didn’t choose to have surgery but need reconstruction for a variety of reasons from cancer to car accidents.

Dr. Jeffrey Popp spends a half day each month as part of the VA’s Nebraska-Western Iowa Health Care System.

“The VA hospitals are great training grounds for residents and interns who go into all branches of medicine.” Dr. Popp said. “At the VA they provide care and learn about their field.”

He sees about a dozen patients who had or need surgery on each visit. He also helps student doctors develop their skills as plastic surgeons.

“The group I work with the most are ophthalmology residents and oral maxillofacial surgeons,” Dr. Popp said. “They’re from almost every surgical sub-specialty.”

The residents do plastic or reconstructive surgery as part of their training. Reconstruction can cover everything from droopy eyelids to lacerated lips.

”I recently had a veteran with baggy upper eyelids,” he said. “I did one side and the resident did the other.”

“If they don’t do things the way I think they should, I say ‘Hey, stop. Do this,’” he said. “When the residents are new, I do the whole thing. The next time we each do part. Eventually, they do the whole thing by themselves.”

Each year, two new students show up on July 1 to replace the two Dr. Popp has trained.

Cancer-caused reconstructive eyelid surgery is on the increase, Dr. Popp said. But he’s not shouting, “Epidemic!”

“First of all, we’re better at diagnosing cancers than we used to be,” he said. “Patients pay more attention when something looks funny. So they’re more likely to report it to their doctor, and that means it’s easier to catch a problem early,”

He also said the population base is increasing so there are simply more people in the world, which means more cancer.

The eyelid procedures Dr. Popp does are about half reconstructive and half cosmetic.

“We probably do three cancer eyelid reconstructions a week,” he said.  ”But we also take care of baggy lids about three times a week.”

He deals with upper and lower eyelids, both inside and outside, as well as the eyebrow or adjacent area.

Usually, the cancerous part of a patient’s eyelid is removed by their doctor. Then the patient goes to Dr. Popp to have the missing portion reconstructed.

Dr. Popp said eyelid reconstruction is precision work because the area is so small.

“We utilize what’s usable of the eyelid after the cancer removal. Most of the reconstruction involves rearranging the eyelid that’s left behind,” he said.

There are different types of flaps and different sizes and shapes of skin grafts, but only so many techniques you can use for this procedure. He said there are three ways to reconstruct this part of the body:

Borrow from another part of the body like in a skin graft.

Close the area you worked on. If the skin has enough elasticity and it’s a small enough area, Dr. Popp said you can pull it together.

Use flaps. If the lower lid is missing, Dr. Popp might borrow tissue from the forehead or the upper lid and swing it down where it’s still attached to its blood supply. He said they fill the defect with that tissue.

“Lots of people do ocular-facial plastic surgery (eyelid surgery), but only me and a guy at the university are fellowship-trained in that part of the body,” he said.

What can you expect when you schedule a consult with Dr. Popp? Well, if you walk in and ask him what he thinks you need to have done, he will say ‘absolutely nothing.’

For him, beauty is in the eye of the beholder and he said the only person that matters is you, the patient. Ask yourself what you want before you go. 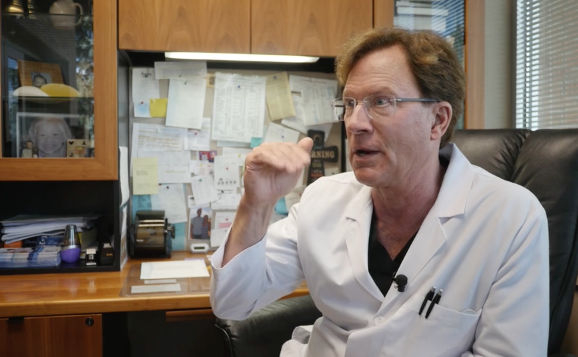