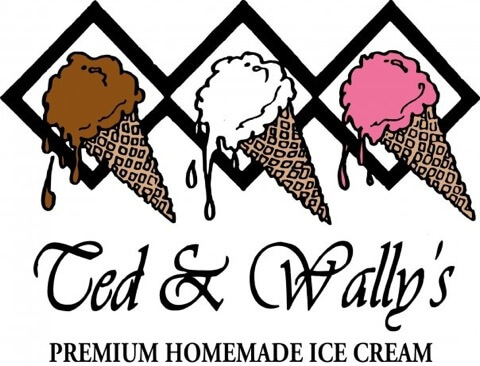 As of this summer, Omaha’s Ted & Wally’s has hand-crafted and served more than 2,000 different flavors of ice cream. Each is comprised of cream, eggs, sugar and other ingredients. Then it’s tossed together with rock salt and ice in antique mixing machines. And out comes a new, possibly unique, flavor. It’s an old- fashioned process that made Ted & Wally’s ice cream shop one of the area’s most popular sweet tooth cures. Our ice cream is made with 20% butterfat, the most premium you can find in America. 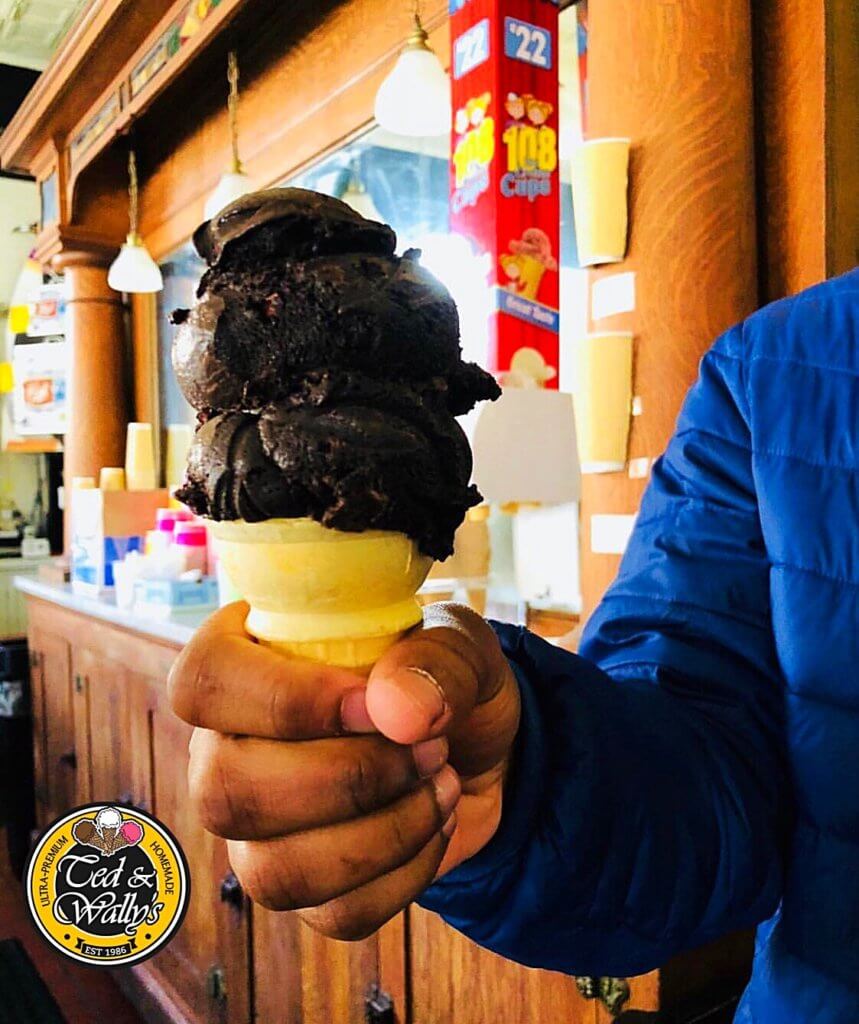 “We grew up going to Benson for sidewalk sales and getting pastries at the bakery to take to my grandmother’s,” said Joe Pittack, who owns Ted & Wally’s with his sister, Jeanne Pittack.

The brother-sister duo bought Ted & Wally’s from its original owners in 2000 after they had worked at the ice cream shop for several years.

“In recent years, I was hanging out at places like the Waiting Room and watched Benson become vibrant again,” Joe Pittack said. “I saw the building and thought it would be a perfect Ted & Wally’s.”

Joe Pittack said he planned to contact the owner of Marcus Motors to see if he’d sell.

“Before I did, a couple of weeks later, there was a ‘for sale’ sign. It couldn’t have come together any better.”

“Our grandfather worked for a company that built gas stations and supplied them with pump equipment. Our cousin later worked for the EPA to condemn and remove leaking tanks that our grandfather installed,” Joe Pittack said. “And now Jeanne and I have converted two stations into ice cream stores.”

Big Green Q believes in being eco-friendly. They drive and cook on CNG (compressed natural gas) and are official backed by MUD and The Nebraska Environmental Trust Fund.

“Our to-go containers, utensils and napkins etc. are 90% or more compostable. Our Truck is Green and so are we,” said the owners Kevin and Gail Wyatt.

Although the new Benson location, like the ever-popular Old Market shop, may thrive, don’t expect Ted & Wally’s to franchise their business anytime soon.

“We have over 2000 flavors, so we’re probably the most un- franchisable ice cream parlor around,” Jeanne Pittack said, “with no plans on building an ice cream empire.”

She proudly points to the process used to create so many flavors.

“We’re currently the only Omaha parlor to make ice cream the way we do, completely from scratch with rock salt and ice,” Jeanne Pittack said. “Our plans are to focus on continuing to improve what we do and to continue focusing on perfecting our craft.”

The likely loss of quality if they franchised concern the Pittacks.

“The quality of product would diminish due to streamlining,” he said. “We have a very labor-intensive product that takes care in making that would probably not transfer well to a turn- key operation. We also don’t use the stabilizers and preservatives companies use for shipping and storing ice cream.”

Their goal is simple, he said. “We want to make a product we can feel good about feeding to our family, friends and ourselves.”

Family – their own and those they serve – is a recurring theme when you talk with the owners of Ted & Wally’s. As is community.

“Many of our ingredients are locally sourced. That’s been true since the beginning,” Jeanne Pittack said. “We’ve always valued buying as much of our ingredients from other local family-owned businesses and farms as possible. She said local sourcing is a longtime practice. We get almost 100% of all our fruit & other produce through FarmTable Delivery & Lone Tree Foods as well as other local vendors for more than a decade.

“It’s also the culture in which we were raised,” Jeanne Pittack said. “We grew up getting much of our produce, milk, cheese and eggs from local farms and farmer’s markets.”

That sense of family, commitment and quality permeates Ted & Wally’s.

“Jeanne and I have a level of trust and comfort that developed through our relationship as siblings,” Pittack said. “We consider our employees to be part of our family. We work for them so they can go to college, have families and take their bands on tour in Europe.

“I feel like a caretaker of Ted & Wally’s for our employees and customers and see it as legacy for Jeanne’s children to possibly carry on.”

With more than 2,000 flavors created in the 16 years they’ve owned Ted & Wally’s, we had to ask: What are your customers’ Top Three all-time favorite flavors? And what are yours?

“A UNO business class did a survey for us a while ago and the results were: Vanilla, Dutch Chocolate, Cinnamon, Mint Chip and Strawberry,” Joe Pittack said. “Salty Seahorse & Jul- lian’s Spotted Pony certainly has a cult following. Uh, Joe, that’s seven customer favorites. So what are Jeanne’s?

But when it was Joe Pittack’s turn, the multitude of possible choices daunted him.

“This is a hard question. I try to keep up with the flavors for today and I even forget those,” he said. “I’ve always been kind of a sweet tooth and always liked Cotton Candy with Marshmallow on top.” He recalled one custom-ordered flavor.

“We just made one for a wedding called Mindy’s Pub Mix,” he said. “The bride wanted a flavor made with Infusion Breweries Vanilla Bean Blonde with Peanuts and Chocolate Covered Pretzels mixed in. It was an instant hit in Benson.”

Joe Pittack also is excited about the quality and variety of the sorbet at Ted & Wally’s.