Home » Dish » A Slice of Heaven Here on Earth

When I set my GPS to find the best way to get to Olive and Ash on 12221 Mary Plaza, I groaned to see the projected journey would take me 42 minutes. It seemed crazy that anything in Omaha should be 42 minutes away from anything else in Omaha, and I sourly made a list of all of the places to get great, good, or at least acceptable pizza within a 5- to 10-minute drive, or without driving at all, for that matter. To be fair, Olive and Ash has recently added delivery service through Uber Eats, I simply live too far away for the service.

I plugged in my “road trip” playlist and set out. Why on earth would I chase a pizza that far away? And, I may or may not have mentioned the hungry kids already fighting in the back seat of the car. 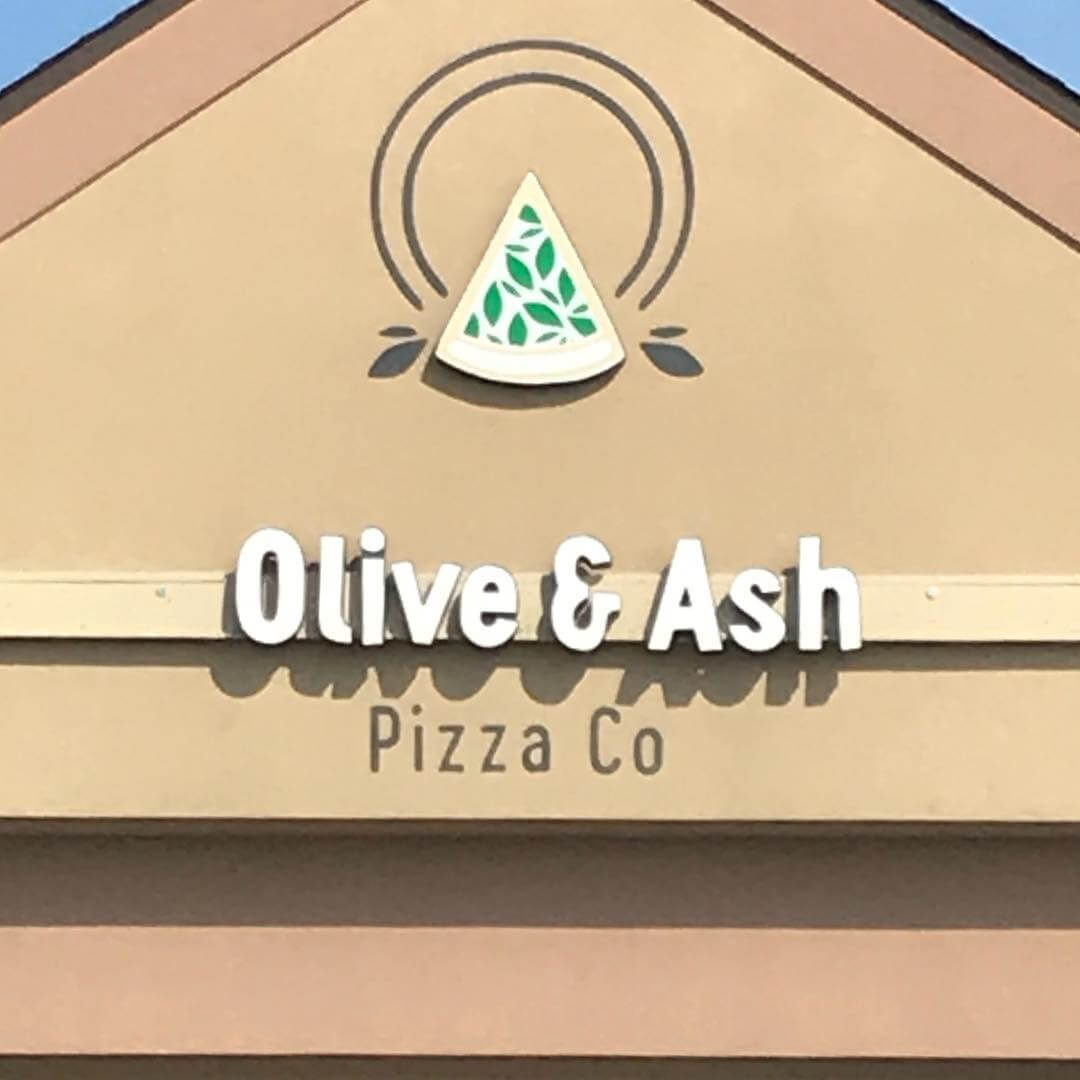 There are a few reasons I gambled that this pie would be worth the drive. The first being that moms will definitely drive a little farther to have decent food from a drive-through. If I don’t have to change out of yoga pants to eat something that I didn’t make myself, I’m there. For three minutes. And then I’m back home where I don’t have to wear shoes.

The other driving force behind my road trip was the owner of the new establishment. Nick Bartholomew has found a way to elevate Pop Tarts at his breakfast and lunch spot Over Easy, perfected the art of the pop-up at Dandelion, and had the Old Market rally around Market House. Frankly, I just wanted to see what he could do with everyone’s favorite food.

When I turned into the parking lot I was only a few songs into my mix tape (Yep. That’s how old I am. And if you think my kids don’t rock out to Boys II Men with me you’re wrong). I have rechecked my GPS four times since, and every time it shows the same perilous journey, but the drive took 12 minutes.

Lesson One: It’s not nearly as far away as you think.

Olive and Ash prides itself on serving “Omaha Style Pizza.” Having never heard of the term, I was dying to know about it. The other thing that sparked my interest was the gluten-free crust. After about a decade of eating “paleo” when a family member was diagnosed with multiple food allergies, I have had more than my fair share of awful gluten-free foods in Omaha. As opposed to most pizza places, which use pre-made alternative-flour GF crusts that taste like the cardboard they come in, Olive and Ash utilizes a cauliflower crust. It is pre-made, but having made cauliflower crusts myself, they are prohibitively labor intensive, so I’m not surprised that this aspect is outsourced. 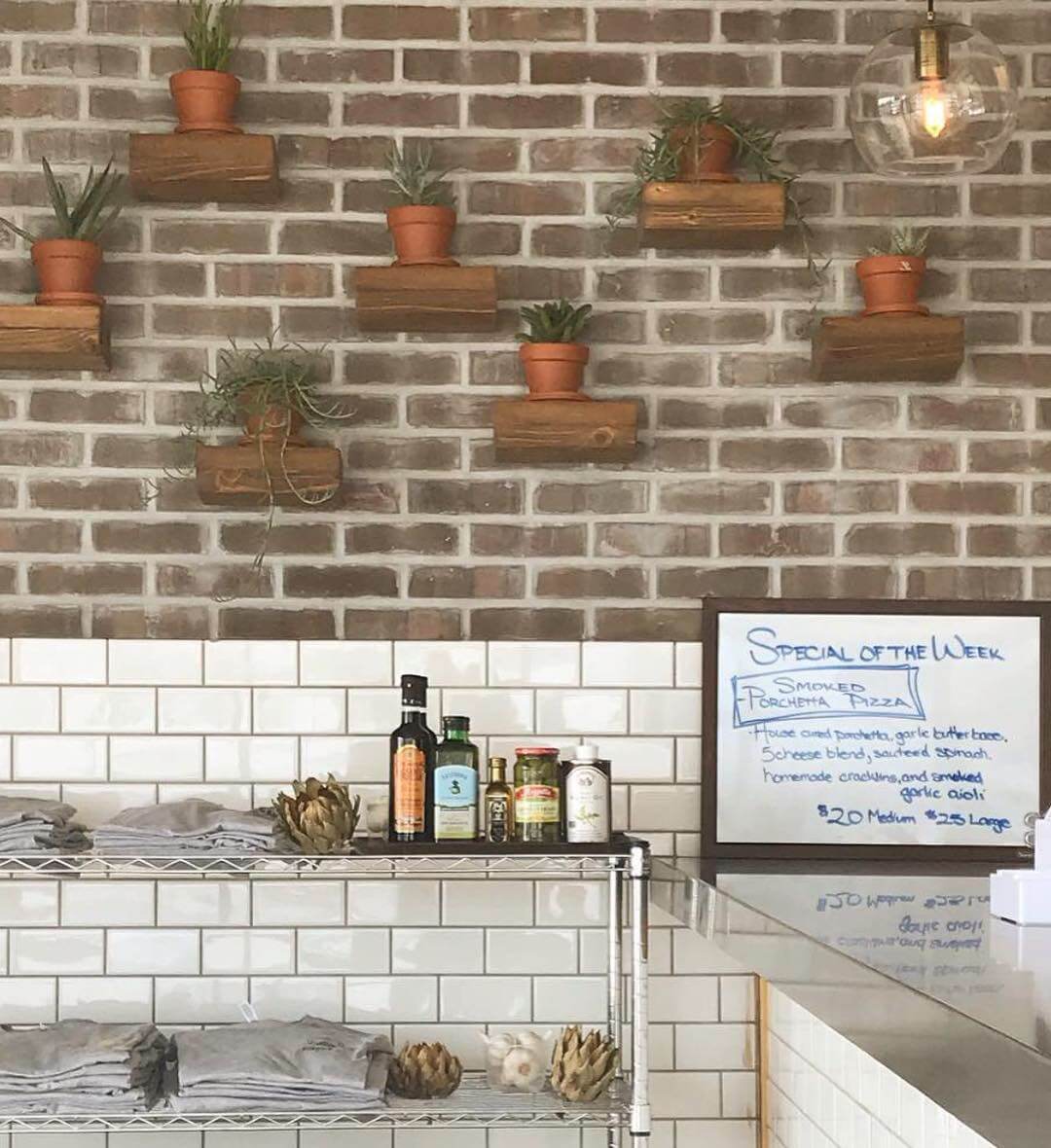 I ordered a plain cheese on the Omaha Style (pan) crust and a plain sausage on cauliflower crust. I realized we had a bad connection when I called in, and I was worried that I was going to end up with a wrong order. The only other crust they offer is New York crust, and I’ve never been much of a fan. In fact, there is only one NY crust in Omaha that I enjoy, and I’ve gone on in near-lascivious detail about my love for that establishment. Being somewhat spoiled, I didn’t really want to try the New York crust at Olive and Ash. I’m generally open-minded but given a choice between NY style and ANY OTHER PIZZA CRUST, I would choose the latter.

Sure enough, when I returned 12 minutes later with my pizzas, I had one cauliflower crust and one NY crust.The cauliflower crust was fantastic. If you’re familiar with the product, properly made it has only the slightest hint of cauliflower flavor, and is otherwise chewy and crisp, cheesy and a little garlicy. This was a properly done crust, making O&A a legit option for those avoiding wheat or on certain specialty diets. If you have true allergies, however, be aware that a separate prep area does not exist in the smallish establishment, so cross contamination is possible. 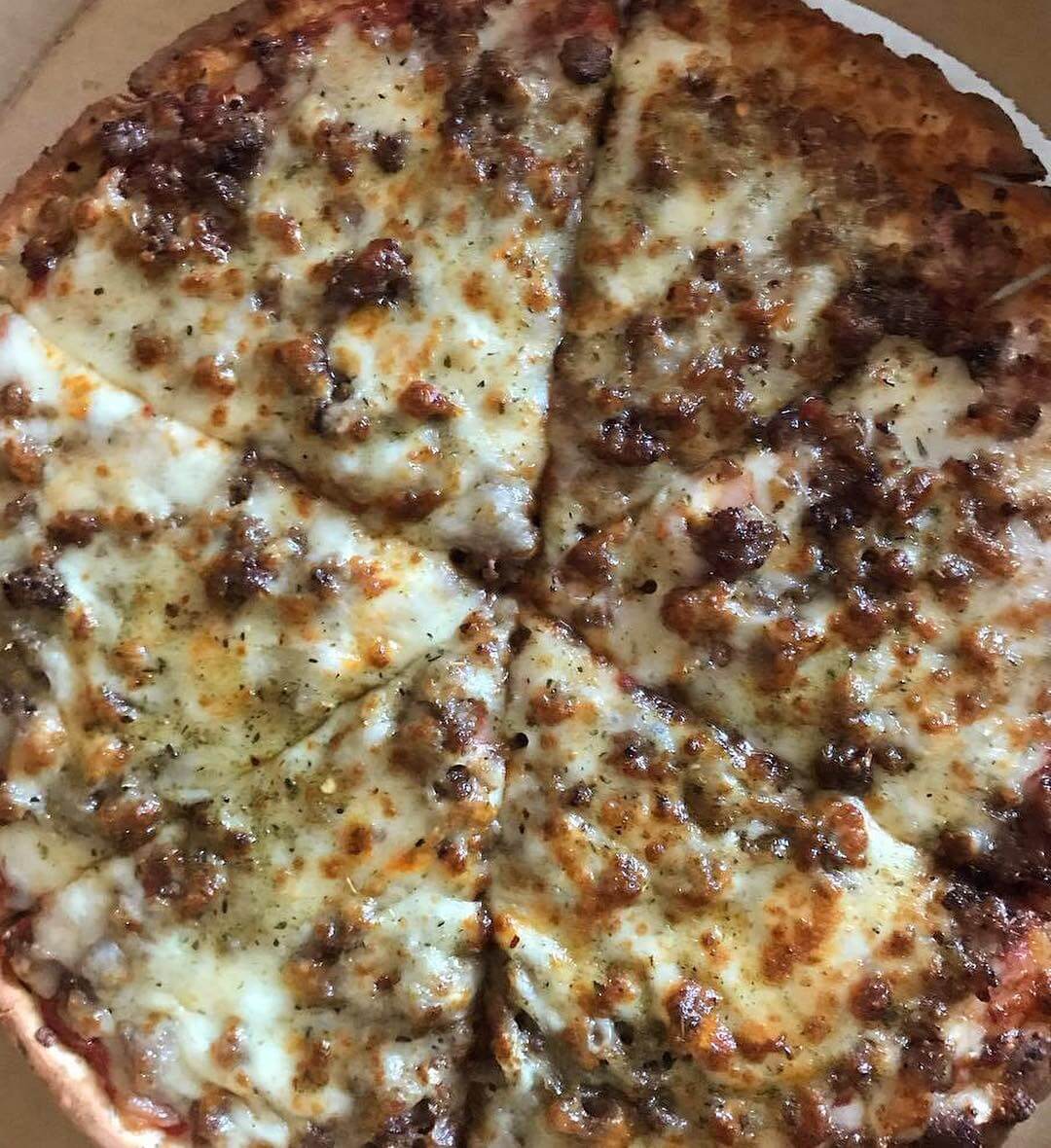 I took a bite of the NY Style Pizza and noticed a few things right off – the crust is really great. It made me think a little more of thin focaccia than what I typically experience with New York crusts. It had a hint of olive-oil flavor, and just enough garlic to make me smile without making my children reject it.

Olive and Ash has a focused menu, offering fresh, locally sourced salads, inventive slices, and craveable wings and sandwiches. Call ahead and pick up from the counter or the drive-through. There are a few seats, but it’s decidedly not a dine-in restaurant.

The other factor that may have had you second guessing if O&A was worth the drive is the price. It is significantly more expensive than your standard pizza chain. But Block 16 offers burgers significantly more expensive than a certain wide-smiled clown sells at the drive-through, and you don’t complain about that. There’s a reason. The burgers at Block 16 are made of real ingredients, hand-crafted with a side of TLC. The love is just as evident in an O&A slice, and it’s well worth the price. Bartholomew doesn’t do cheap ingredients, and he doesn’t serve cheap dishes. It is what it is, and it is historically well-done.

Lesson Three: Cheap Pizza isn’t worth it. Take the upcharge and head to Olive and Ash.

I look forward to heading back and trying the signature slice, and to coming up with my own favorite build-your-own option. Calling this another win for the proprietor.