The theme of this year has seemed to be one of loss. Circle of life clichés aside, this year was peppered with huge celebrity losses in Prince, David Bowie, Alan Rickman, Muhammad Ali, and Leonard Cohen. It also happens that restaurants close. In fact, 60% of restaurants close in their first year, while 80% go under within the first five. We know not to be terribly surprised when a restaurant slips into the red or decides to close, but 2016 has seen the closures of some true anchors of Omaha’s restaurant culture. Today we say goodbye to the people and restaurants we lost this year, and take a look at what the future may hold for Omaha’s culinary culture. 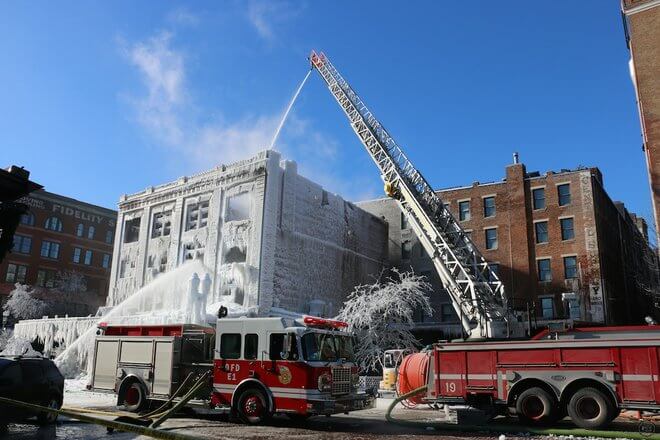 We brought you real-time updates about the 3-alarm fire that eventually destroyed the corner of 13th and Howard on January 9th, 2016. M’s and Market house remain a scarred reminder of the blaze, but Nick Bartholomew of Market House maintains his plans to rebuild. M’s owners Ann Mellen and Ron Samuelson have severed their years-long partnership in pursuit of separate interests, and the dust has yet to settle on several claims and lawsuits pending in the incident. The Reader will keep you abreast of any developments with the two beloved restaurants, and the pursuits of the staff.

After 92 years in South Omaha, the heart of Little Bohemia closed its doors this fall. In September, The Bohemian Café pulled anchor, citing lowered numbers of patrons and a staff that was approaching retirement. Forced to choose between changing the face and style of the establishment that had been a taste of home to many families seeking a better life in the states, and closing the book on a story that has lasted nearly a century, The Bohemian Café chose ‘Happily Ever After’.

Vibrant music, colorful décor, and savory spiced paella were part of the everyday celebration that was Espana in Benson. Owner Carlos Mendez brought lively food and entertainment to the area for 14 years before making the decision to close the location and go into business with Chef Benjamin Maides to open a new establishment in its place. The Rockbrook Village Espana continues to serve up delicious dishes and Spanish guitar concerts.

After catching the community’s attention with a fairly successful kickstarter, Localmotive was able to raise more than $43,000 to partially fund the truck they eventually parked outside of Benson’s Ted and Wally’s. The mobile foodery was so beloved it even won Best of Omaha’s Food Truck category in 2016. In spite of the love, Localmotive stopped truckin in October. A handful of mechanical malfunctions cost the truck several crucial days of business, while unexpected costs kept the business from seeing the success it deserved. On October 15, tearful Omahan’s ordered their last rounders and watched Localmotive fade into history. 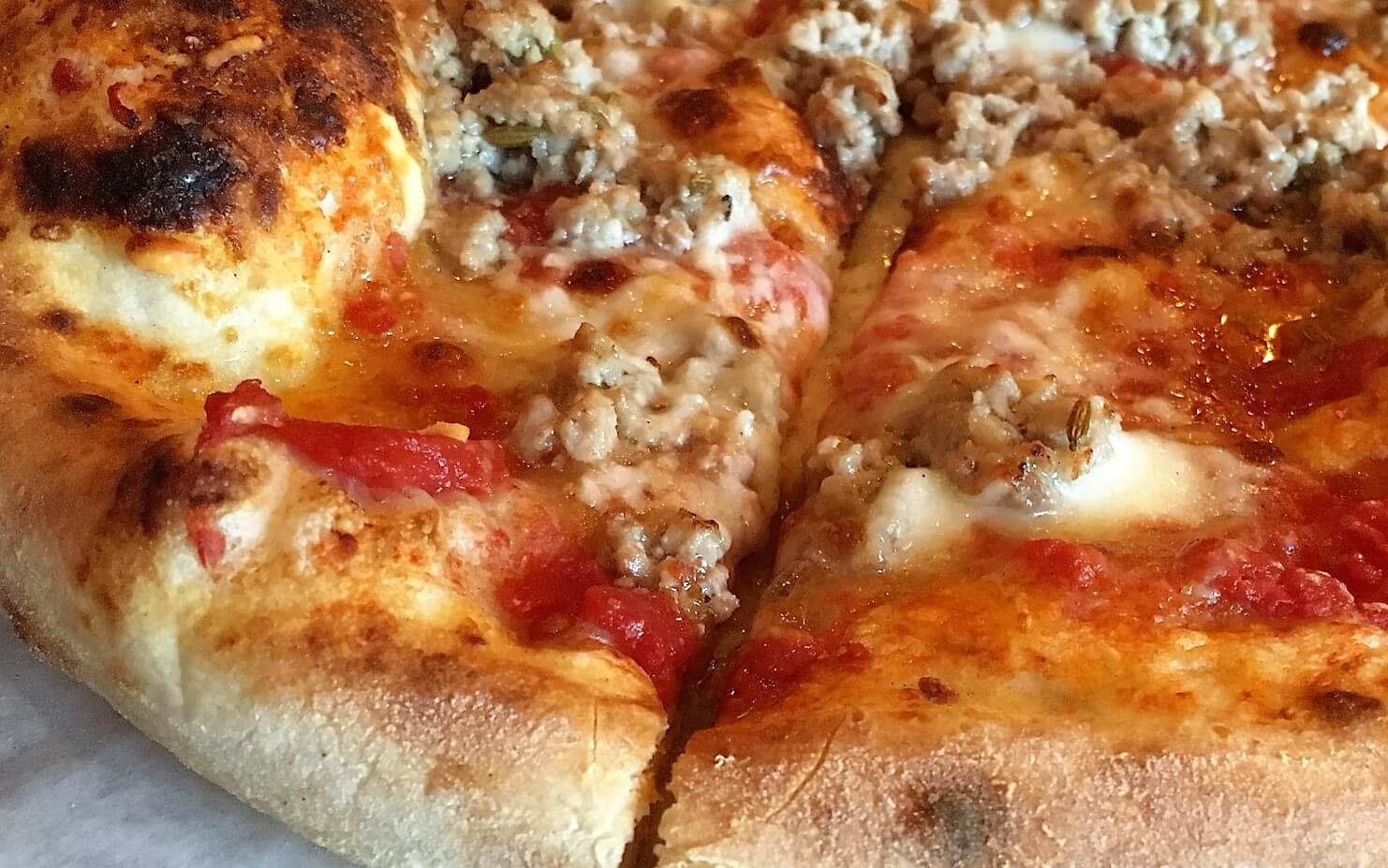 Via Farina knows dough. The name translates roughly to “by way of flour” and the chefs are able to work magic with this simple ingredient. A man in a white coat gently stretches the dough by hand before a hot stove in the middle of the prep area fires your pizza to perfection. Another chef behind the counter hand cranks long strips of pasta and your chef’s-eye-view is pleasant entertainment while you await your meal. What you don’t see is the 3-day process that dough has taken to reach the hands of the chef. Rise, beat, and repeat for days. The process seems excessive, but when you lift the first lighter-than-air slice to your lips, you know that owner Paul Kulik knows exactly what he’s doing.

While Nick Bartholomew bides his time waiting for movement at Market House and the opening of Boho Rice in Little Bohemia, he has sunk his teeth into the pop-up business. This seemed like the shakiest of bets to place, a weekly pop-up stand in The Greater Omaha Chamber Courtyard. Instead, Bartholomew was able to successfully invest his time and resources into furthering the interests of several Omaha chefs. Established names like Dario Schicke, Paul Kulik, and Tim Maides all gave samplings of ideas they have for future menu items at the stand. Dandelion flourished, and was able to help a few new-to-the-scene names get in front of hungry audiences. A novel concept with a clean, fun execution has given Omaha one more reason to look forward to warmer weather, and to Dandelions popping up, as they always do.

To receive email updates about upcoming Dandelion guest chefs, sign up at http://dandelionpopup.com/

Founder of Godfather’s Pizza, Willy Theisen, looked to former M’s Pub chef John Rea to bring elegance and elevation to the menu at his Dundee establishment Paragon. Opened in August, the restaurant often finds itself reserved to capacity. Omaha has warmly welcomed Theisen and Rea’s vision of refined comfort food.

Chef Benjamin Maides is no stranger to the high-end kitchen. After cutting his teeth under Dario Schicke at Avoli and Nick Bartholomew at Market House, Maides went into business with Carlos Mendez of Espana in 2016. The two opened Au Courant Regional Kitchen in Mendez’s former Espana Benson location. The menu gently fluctuates to highlight the chef’s stringent attention to sourcing only the best ingredients. The weekly menu may include anything from pork cheeks to a surprisingly bright and light stuffed trout. The cocktail menu is as creative as it is colorful, and the team of Maides and Mendez seem like the wildest safe-bet you could put your money on this year.

Since the closure of his beloved M’s Pub, Ron Samuelson has busied himself with other ventures. Opening Herbe Sainte this fall placated the palates of those who were itching for another Samuelson experience. The Creole menu offers so much more than your standard New Orleans fish fry. The Aksarben Village venue boasts creative cocktails, crawfish boils, and a party every day of the year. The spirit of Mardi Gras is present with each festive dish, and what better reason is there to celebrate than another day and another excellent meal?

Opened in December of 2016, Lombardo’s Bistro and Bar features an extensive happy hour menu, creative appetizers, and American-influenced Italian fare. Still too new to the scene to make any guesses about their odds of success, but a solid menu and a busy location are an excellent jumping off point. Suggested dish: Chicken Marsala

The Reader would also like to take this time to say goodbye to Lisa Shembri, namesake and heart of Lisa’s Radial Cafe, and to Rene Orduna, co-owner of Dixie Quicks. Restaurants will always come and go, but these losses have left a hole in the community. Thank you both for your enormous contributions!