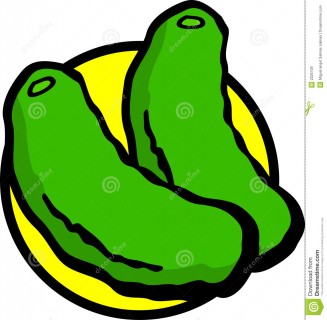 There are many dining trends that we predicted last year that are humming right along and very likely to increase further still in 2015. For example, sourcing food locally and leaning more toward seasonal ingredients is now par for the course with most local restaurants.

This isn’t a bad thing. Informed consumers can make better, healthier choices. But there’s much more coming in 2015 that you should know about.

Pop-up restaurants will also become more mainstream, although they’ll likely maintain their delightful obscurity intentionally. A pop-up restaurant shows up where there was not a restaurant before, and then is gone before most people realize it was there at all. And I’m not just talking about food trucks – I mean temporary restaurants where the only way you know it’s coming is if you’re in the loop.

Trust me – it’s really a thing.

For most people, their only exposure to a butcher was watching Brady Bunch reruns and witnessing the amazing sexual tension between Alice and Sam the Butcher. Prepackaged cuts of meat in the grocery store have essentially eliminated the butcher-customer face-to-face relationship.

But in 2015, people are much more aware of where their meat comes from. They don’t just want to know what farm the meat came from, but they also want to know more about the meat itself. They want to be able to chat with a butcher about the best cuts for certain dishes. This is the year butchers will come out from behind the confines of the meat locker and start educating customers about the meat they’re buying.

Servers will know their stuff, too. You’ll be able to ask your server, “Hey, which of these entrees goes best with the drink I just ordered?” and you’ll probably get a lengthy response.

And of course, specialty cocktails are going to get weirder and more exotic as mixologists try to figure out ways to knock the socks off their customers. This makes me think that it won’t be long before the pendulum swings the other direction, and people start sauntering up to the bar and ask for a simple gin and tonic, but probably not this year. No – this year you’ll have to sit through a fifteen minute explanation of what’s in the drink and why.

I think we can expect to see more of those “chains, but not really big chains” restaurants popping up around town, particularly in the Papillion and West Omaha areas. Take, for example, the addition of Spin! Pizza to Papillion in late 2014. It’s an eatery that has other locations, but not very many. They’re poised for growth, and for whatever reason they chose this area as a good one to land.

Consider the folks who oopened the Smallcakes Cupcakery in Papillion. They’re not from this area, but when they researched places around the U.S. where they might like to open up their business, Papillion made sense to them. If it makes sense to them, it probably makes sense to a bunch more potential business owners who are looking for somewhere to open up a restaurant.

Expect to see more chains hit town that were once regional elsewhere. I’m not thinking that we’re in for an In-N-Out anytime soon (which is a pity, because I would go bonkers if they opened one out here), but I do expect to see more places coming to Omaha that you would have had to travel to otherwise. The world’s shrinking, you know.

Now who do I talk to about getting a Jamba Juice to open up here in Omaha?

You can figure out how to do just about anything with food now, thanks to the Internet. You want to make a Turkducken? Want to build a smoker? Have a hankering for roasting your own coffee beans at home? No matter what it is you want to do, you can find detailed instructions online.

As a result, expect to encounter more ambitious cuisine when you go out to eat. Chefs know that people want more than food when they go out to eat – they want an experience. They want to be able to take a photo of their meal and post it on Instagram, proudly announcing they just ate tong zi dan or whatever.

While the National Restaurant Association can’t tell me much about what’s going to happen right here within the Omaha food scene, they do have a few predictions for eating out in general. These predictions come from chef surveys and food experts, so I suppose they know what they’re talking about.

This prediction made me pause, but also made me intrigued: they predict that pickling is going to make a big splash on the food scene in 2015. Not only will pickles become the newest hot ingredient, but the act of pickling food will be the next big thing. So basically, the hottest chefs will be the ones who can do what my grandmother did years ago.

We can also expect to encounter ingredients that we don’t know much about, according to the National Restaurant Association. As everything around the globe becomes so much more accessible, chefs are scrambling to try these uncommon ingredients out and dazzle their customers. Ancient grains, strange herbs and fruits we’ve never seen before are going to start showing up on our dinner plates.

They also make one more solid prediction: kids meals are going to get better. Kids will have more to choose from than mac & cheese and hot dogs, and instead will have a more sophisticated menu from which to choose. Think along the lines of what adults are offered, but in smaller portions. I just hope that my kids will see this as a positive thing instead of getting mad that there’s no mac & cheese and hot dogs.

Let’s face it; every year is The Year of Food here in Omaha. We love food. We’re fortunate to live in an area where there are so many great chefs and eateries that are willing to feed us such good food.

It’s going to be a great year!