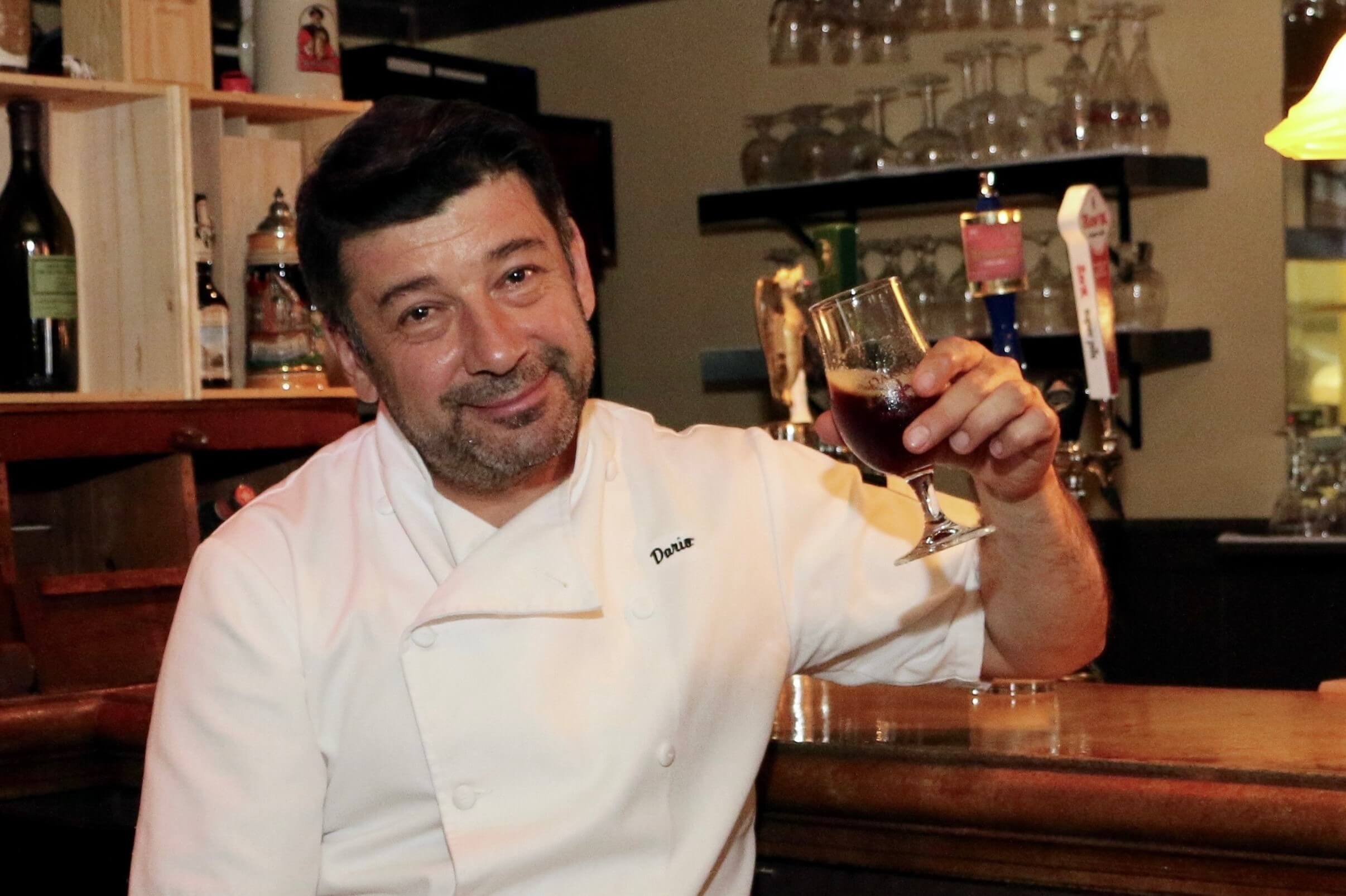 Did you know that it is [alternative] fact that 77% of divorces start with the question: “where do you want to go for dinner?”

I asked more than 300 people in Omaha last month where they go when date night rears its head and they find themselves on the verge of deciding who gets the dog and who gets the stack of dvds that are all in the wrong cases. Of 300 answers, more than 100 of them returned with one of Dario Schicke’s beloved establishments.While Dario has never turned out a sub-delicious dish, I was surprised at the number of people in such a small control group who would return similar answers, and so I doubled back and asked why. I know the food is amazing. I know the atmosphere is beautiful. This can be said of so many places in Omaha – what is so special about the experience at Dario’s and Avoli?The most common response was also overwhelming. “Dario is a friend. He’s a great guy. I love seeing him in his restaurant! He always says hi.”After a few dozen tales of Dario’s charm, I was ready to find out for myself.

He sat at the bar with one of his signature Belgian brews in hand. His thick accent punctuated with gentle gesticulation, conducting an imaginary orchestra playing a song about truffle oil and sweat. His story is equal parts luck [good and bad] and intense dedication, with a subdued hint of tragedy.In 1992, Dario Schicke was living and working in Bosnia when war broke out. He grabbed his family and fled to Germany, where he met his future wife Amy. The couple moved to the states and started life over. Dario attended The French Culinary Institute in New York while maintaining a business focused on his beloved Belgian and other exotic beers.

On September 11, 2001, Dario’s knack for starting over would come into play once again, as 9/11 brought the family back to Amy’s native Nebraska for yet another fresh start.

He took on work at The French Café and Market Basket before finally opening Dario’s Brasserie at the end of 2006. The restaurant serves French food with flair, but no fuss. The establishment was recently named Omaha’s best burger, and Dario has found himself in consideration for the James Beard award and on numerous “best of” lists nationally for the results of his labors at the Brasserie.

Avoli Osteria followed, thus named after Dario and Amy’s daughters Ava and Olivia. Avoli takes a decidedly more Italian vibe, upscale without seeming ostentatious or pretentious. Hand-made pasta and carefully thought out ingredients make a simple dish of ravioli nuanced and graceful. Dario’s hand can be seen in each dish, and it’s easy to get carried away in the romantic notion of what Chefery is.

Being a successful entrepreneur is practically a requirement for claiming Omaha as your home, but Dario’s success has made him the go-to guy when you want to know how it’s done. His answers are concise and sharp as his knife.“It’s not fun. It’s exhausting. We stand at a French cooktop for 14 hours a day. It’s hot. It’s just open heat and you stand there, exhausted, cooking yourself to make this food just right. Your legs hurt. Your back hurts. My doctor tells me I have to lift with my legs. I’d like to see him lifting pots over the cooktop and having to twist and empty it. You get home covered in cuts and burns and spend a little time with your family and then you’re washing food out of your hair and trying to get a little sleep before you get up and do it all again.”

“These are unnatural conditions. And people think that a chef walks into a kitchen, cooks, and goes home. That’s not even close. We are here hours before the restaurant opens and hours after it closes. We climb on the roof and scrub the fans. We clean vents. We are constantly deciding if a dish needs changed.”Dario was recently asked to speak at Metropolitan Community College’s Culinary Arts Program’s graduation. I asked him what he had to say to the graduating class about life as a chef, and with a stone face he replied: “Don’t do it.”

If You Love Someone, Let Them Go

“People are surprised to learn that I didn’t make each dish myself with my hands. I have, but it’s physically impossible for me to make each meal at two restaurants on demand. I have this staff and they know so much. They know everything about the dishes, how they came to be and why we use each ingredient. They understand the process, and I trust them. But then I let them go.”

I was a touch baffled at the sentence, and in spite of understanding the incestuous nature of the Omaha food scene, I was surprised to hear that he will routinely release excellent cooks. I pressed him on it.He shrugged and said “I let them go. You don’t want them committing to you like that. This is a hard career, but it’s wonderful. You’re young now. There is so much to learn, and so many people to learn it from. I will teach. I want to teach. They need to know what I know, but then they need to leave and know more. I only let them work here for 4 years or so. I’m proud of them. They do good things.”

His daughters, now teenagers, have no interest in working in their father’s establishments, and Dario is just fine with that. “I grew up in restaurants. It was all I knew, but I hated working in them. I don’t blame them for not wanting this for themselves. They’re good girls.”

He drained his beer and flashed a weary smile to the evening ahead of him. The kitchen had already been bustling in full force when I arrived 2 full hours before service would begin. Soon, the restaurant would be full of people who are hoping he has time to stop and give them a firm pat on the shoulder and ask how they’ve been. A few minutes of his time are valuable, but he never shies away from spending them with the people he loves to nourish. That’s why after only a few short moments with him, it’s easy to believe you have made a friend. And with a few thousand friends in Omaha clamoring for what Dario does best, he will continue to be the safest adventure to ever come of the question: Where should we go for dinner?