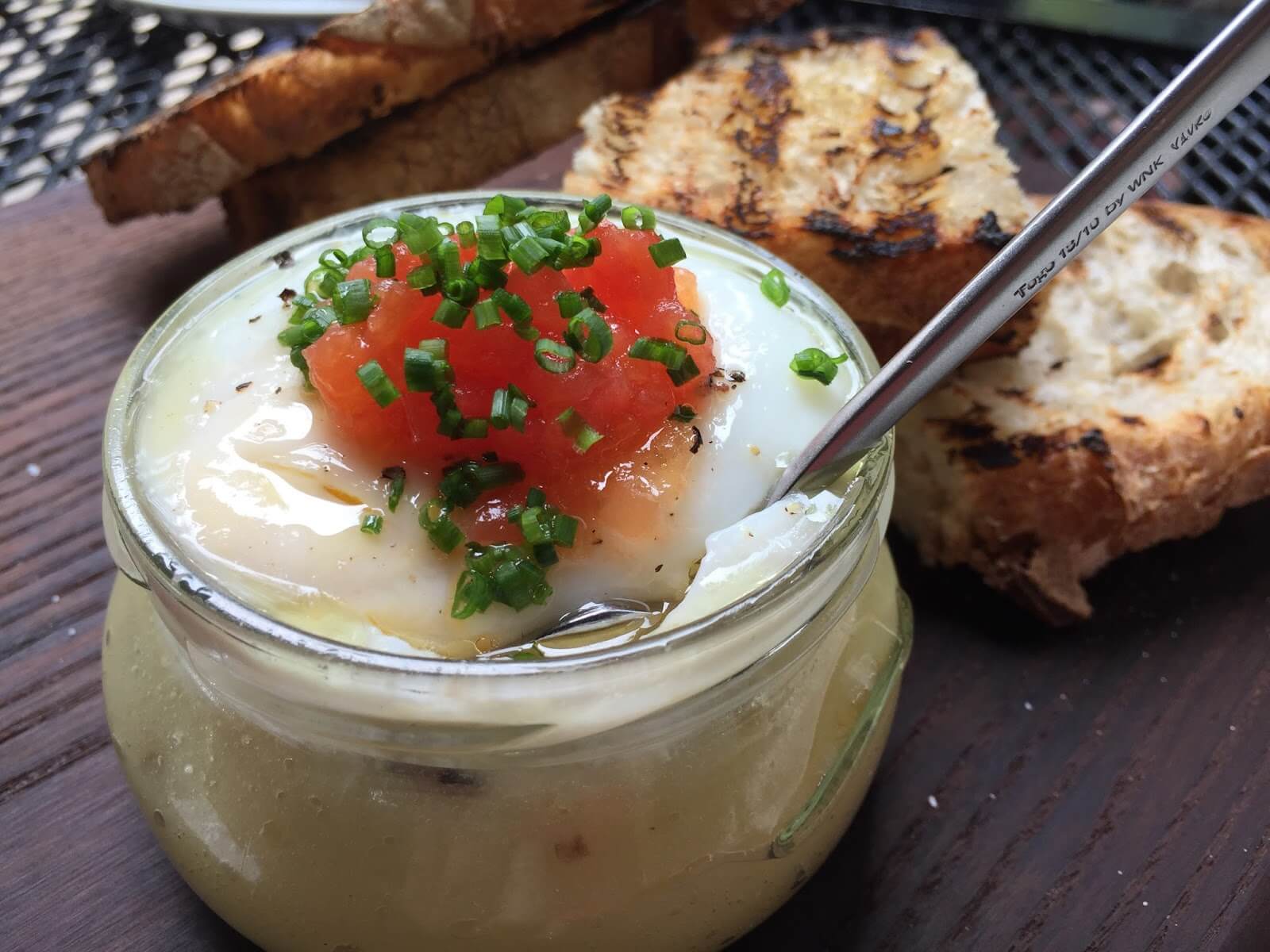 Editor’s Note: This month’s feature is by Omaha blogger Sarah Gudeman of SarahEatsOmaha. Sarah is an area food-lover who enjoys sharing her passion for food with her many followers. Follow Sarah at http://www.saraheatsomaha.com/

Wow. It’s been a while since a new restaurant both lived up to and surpassed my expectations. I knew when the pictures from Market House started to flood my social media feeds, I had to get there ASAP. Lucky for me, I ended up visiting on only their fourth day of lunch service. And, though our initial interactions with our server  (and trainee) were a bit on the awkward side, the kitchen was clearly firing on all cylinders right out of the gate.

Enough time has passed that I’m finally able to call the restaurant by its proper name (as opposed to Market Basket), though the charge on my credit card strangely still read as Vivace. Hmm.

The menu is relatively brief (in an appreciable way), and changes from lunch to dinner – the two meals I’ve so far enjoyed here.

I was happy to see on my recent dinner visit, another couple with a baby (my new permanent dining companion). It was an unwelcome sight that at least 2 tables lit up cigarettes as the evening wore on… even though there were no ashtrays. If we hadn’t been finished with our meal, this would have been a huge deterrent for me personally. I called Market House to try and figure out if patio smoking is ‘allowed’ per restaurant policy or if this was a rogue occurrence and was told the policy is “no smoking anywhere inside the gated area” that “changes and safeguards will be made” and that it won’t happen again. A very prompt and thoroughly appreciated response.

Back to the menu, it’s New American, changes a bit from lunch to dinner, and is organized into categories for Snacks, Spreads, Shared Sides, Small Plates & Large Plates.

And even though it’s abbreviated, the menu is robust enough to offer enough options that you’ll likely have trouble deciding (I know I did).

For my first visit, luckily, our server convinced me it wouldn’t be TOO excessive to order 2 small plates for myself.

We started with the Coddled Egg Spread, one of five spread options, all served with grilled peasant bread. I personally think the more grilled bread I can eat, the better, and this was no exception. A nice char on the bread went a long way to compliment what was already a delicious start to the meal.

Next came the plates, all of which were impeccable. The Market Salad with butter lettuce, cherry tomatoes, radish, shallot, gorgonzola, & avocado, was wonderfully fresh and flavorful. Impressive by any standard – not just “for a salad”.

Speaking of impressive, my two small plates were kind-of salad-esque. Light on the quantity, but heavy on flavor (and with the pork belly… very filling).

It was probably one of the most perfect plates I’ve enjoyed recently.

The other small plate I savored solo was Roasted Beets with grapefruit and orange, arugula, burrata (mozzarella and cream) and Marcona almonds. This came in a close second favorite, but was no less enjoyable.

My second visit was for dinner and was even more enjoyable. Food was just as great as the first time and the service was pretty spectacular (while retaining a fun, casual flair)
This time we started with the Sunday Gravy spread (which is the same flavors as the Pappardelle pasta large plate)… smoked pork sugo, house-whipped ricotta. Spectacular!

Our other starter was the Beet Fries with fermented chili aioli. I for one am so glad that beets are en vogue right now because this interpretation was one of the best yet! So crispy, so soft, so perfectly beety… We also ordered up the Creamed Kale. Pretty simple, with parmesan cream an panko, but again, pretty perfect.

Our other plates, Prawns a la Plancha and Short Rib, were equally worthy of wow. And the carrot puree that came with the short rib… superb.
I wonder about dessert, the only area of the menu I haven’t started to explore yet… during lunch I was too full, and at dinnertime we paced the meal such that I was satisfied and didn’t want to push my limits. Another quest for another time. And there will be many more times.

**Owners Matt Moser and Nick Bartholomew have an extensive history as restaurateurs in the Omaha area.
Moser graduated from Western Culinary Institute in Portland in 2005 before moving back to Nebraska. He refined his talents at Omaha’s French Cafe, V Merts, Plank, and Blue Sushi. Throughout this education, he developed a passion for the Farm-to-Fork movement, which he strives to represent in all of his work. He demonstrated his talents at this year’s Beer and Bacon Fest on August 1, competing in the Bacon World Championship in support of the Ronald McDonald House Charities of Omaha and the Omaha Jaycees.

Bartholomew is well known as, among other things, the owner of Over Easy- a playful, inventive breakfast and lunch eatery in West Omaha. Featuring locally sourced ingredients and an anything-but-boring menu, the restaurant and its owner gained a quick and loyal following.

Chef Ben Maides has been nominated for this year’s Producers Choice Chef Award. His work has launched Avoli onto the Best Of Omaha list, while his creativity on the menu at Over Easy keeps the restaurant the city’s go-to breakfast place.

Moser, Bartholomew, and Maides have each worked diligently to hone their craft and have earned recognition for excellence in their field. There is no limit to what this team of creative, community focused restaurateurs can accomplish!

Market House is located at 1108 Howard St, in the space formerly occupied by Vivace. The owners celebrated the opening in late Spring of this year. It retains the original brickwork, but otherwise features an entirely remodeled interior decorated with original art by David Koenig. The dining area is elevated and includes many large tables and one 6 person dining area which can be reserved for private parties. Much of the seasonal menu is served family style, making this an excellent group destination. To view the entire menu, visit http://markethouseomaha.com/

Do you have a food blog you would like to see featured in The Reader? Email Sara Locke at Crumbs@TheReader.Com and you could see your writing on our website and in our monthly print edition!