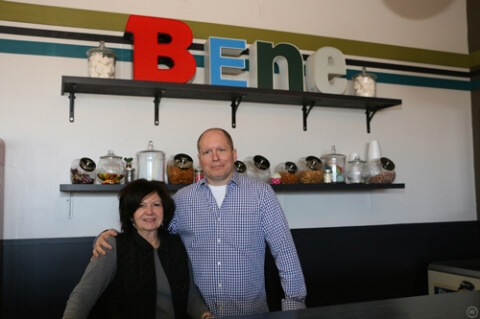 Omaha has become a city known for foodie culture, but restaurants have about the same success rate as your standard American marriage. 2015 saw the end of restaurants both beloved and bemoaned by Omaha residents. Today, we say our farewells.

December of 2014 saw the doors of the beloved McFoster’s Natural Kind Café close after 20 years. The plant-based menu was a trail blazer in city known world-wide for steak. After years of running a deficit, the company was sold in 2012. The new owners set to work cleaning up the image, the budget, and the business model, but when the dust settled the vegetarian eatery would have needed approximately a million dollars to remain in business. Owners and investors showed just how long you can continue operating on little more than good intentions and word of mouth. McFoster’s paved the way for vegetarian and eco-friendly establishments like Greenbelly and Modern Love, and the Facebook page continues to push eco-awareness to followers.

Closed by Karma, or Cursed Location?

In a seemingly inevitable turn of events, 2015 began with the end of The Old Market’s “Authentic Spanish” eatery, the tumultuous Maria Sangria’s. The restaurant operated with a decidedly club-feel, and had faced legal ramifications and even the revocation of their liquor and capacity licenses on multiple occasions. Everything came to a crashing halt on New Year’s Day at 2am when a scuffle turned to gunfire and a woman was injured outside of the establishment. The wheels were instantly in motion to shut down the rowdy restaurant, and within two weeks, the doors were officially and permanently closed. The location has been a bit of a revolving door for more than a decade, struggling to maintain a healthy dynamic, with a variety of bars and restaurants opening and closing in what should be prime real estate.  In recent years, Safari Bar and Club Irie gave way to Denim and Diamonds, which was sold to Maria Sangria after police required pepper balls to break up a fight. The newest residents of the location, El Parian, have a long history of bad business to compete with in their newest venture.

Vivace, longtime beauty mark on the lip of the Old Market, sold the establishment to Over Easy’s Nick Bartholomew at the end of 2014. Bartholomew treated the establishment with the respect and reverence it has earned as an Omaha fixture, which once drew such stars as Jack Nicholson and Harrison Ford to the table. Bartholomew employed chef Mike Johnson through the end of the year to maintain Vivace’s menu until everyone had a chance to say goodbye. Former owners Ron Samuelson and Ann Mellon continue to run their other venture, M’s Pub.

Bene Pizza and Pasta was a family owned and operated Italian food and arcade joint. A seemingly flawless formula of pizza and pinball wasn’t enough to counter the bickering in the family, which spilled into the business. Several online reviews reference a hostile environment when the brothers were on site, some even alleging that one of the owners threatened to call the police when a family was unhappy with their food. Restaurant Impossible’s Robert Irvine came to referee and remodel the struggling business at the end of last year. Dozens of Omaha citizens rallied to help with the renovations, but by July, the family made the tough decision to throw in the towel after 14 years. A farewell note on their Facebook page serves as a virtual memorial to a place that was loved by many.

A May visit from the Health Department showed 21 violations at Ingredient’s Midtown Crossing location, 10 of which were considered critical. Thought of fondly as a deliciously healthy place to eat, diners were shocked to arrive for lunch to find a sign alerting them that said violations rendered the establishment unsafe. A report cited mold in caulking, the use of dirty gloves, unsafe food temperatures, and failure to sanitize surfaces where prepared foods were placed as some of the many unhealthy practices. Employees were given 4 days to complete a food safety course, but when inspectors followed up, staff had failed to complete this task, or any of the corrections given to them. Health Department staff walked Ingredient management through the necessary repairs and ensured the course was taken, but an evaluation of the establishment in June returned unsatisfactory results. Ingredient’s Facebook page states that “unforeseen complications” were the cause of the voluntary permanent closure.

A Verdict From The Court of Food

The Mall Food Court is not yet cold in its grave, but the loss is mourned by few. As Westroads Mall continues to strive toward a more on-trend dining environment, many of the existing establishments are simply working to rehome themselves among the shops and kiosks we all know and love. Subway and Raising Cane’s have found new fronts from which to fling their fast food, while Panera maintains its private home near Von Maur.

The ubiquitous Piccolo family have celebrated food and friendships for generations. The South Omaha establishment was initially purchased by Joseph Piccolo in 1922 as a blacksmith shop, and the family has worked tirelessly to serve Omaha families ever since. The owners have lovingly prepared meals and root beer floats for millionaires, celebrities, and casual passersby for 80 years, but in 2015 made the difficult decision to end their run on New Years Eve. Not a family to fade into history, Anthony Sheehan, the youngest of the Piccolo dynasty, has been operating a Piccolos food truck around Omaha, serving everything from a mostaccoli and meatballs to an Italian taco. An app is available to download from AnthonyPiccolos.com to keep interested parties in the loop about the food truck’s location and menu at all times. Welcome to modern traditions!

Benson’s by-the-slice pizzeria and short order Italian joint Baxter’s, reluctantly released their grip on Omaha at the end of October. The eatery was Omaha’s #2 favorite slice in 2015, but owners Brad and Johanna Marr decided to close and focus their energy on their other well-performing food venture, Lot 2. The new owner, Bryan Baumgart set to work immediately to open a new dining concept, while maintaining the love the Marr’s put into the establishment.

For everything there is a season, and as the sun sets on these fine establishments, The Reader remembers.