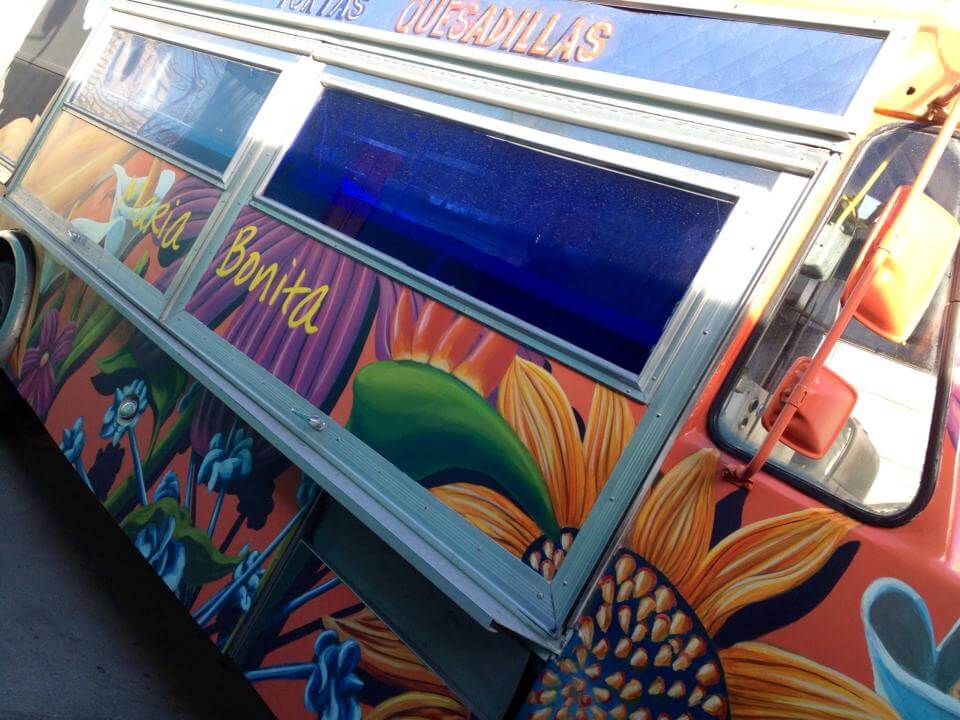 Maria Bonita originally began as an open seating restaurant. When the family-owned restaurant closed, owner Itzel Lopez explained they decided to stay in business and do something different. That’s how they wound up taking their food to the people in a food truck.

“With food trucks, you’re able to bring your food to more people in different areas of the city,” says Lopez.

Two years into the process, Maria Bonita has expanded and now has three food trucks.

She said having multiple trucks parked in different venues has helped grow her business by gaining her more customers. On any given week, the three trucks cover 15 or more locations.

“Our reputation has grown from the beginning since we had our restaurant. So we have a mix of customers that includes people who used to come to the restaurant and people we have found as we’ve expanded and reached out to new areas of the city,” explained Lopez.

She said having the trucks offers a certain flexibility and convenience while also being less expensive in terms of overhead.

Lopez said being in the food industry can be a struggle because there is so much competition but she also said the timing was great for a food truck. The idea of a mobile eatery is not a new one. Food trucks have been on the streets in bigger cities for years but the trend has finally made its way to Omaha.

“It’s cool. People visit us from out of town from bigger cities and they’re used to having food trucks. We want to offer great flavors from our food trucks right here in Omaha,” said Lopez.

Maria Bonita has a set schedule but is becoming more popular day by day. As a result, their customers have started referring them to other places. Lopez said the trucks are already booked every other week from now until early October.

They must be doing something right. Maria Bonita Mexican Cuisine was named Best Food Truck for 2014 in Omaha Magazine’s Best of Omaha List. Lopez felt honored to find out about the ranking and said it has helped them grow their business.

Where in the world is Maria Bonita?

Maybe even more important than knowing where Maria Bonita’s food trucks will be on any particular day is knowing what they will be cooking.

“We always have tacos, burritos and quesadillas on hand. Sometimes we have enchiladas or tamales as well. And we do feature a special item every day too,” said Lopez.

As far as the fillings, she said steak, chicken and pork are always available. There are also less-traditional meats available sometimes. She said one day she might have beef tongue and another day might feature pulled pork.

One of Maria Bonita’s food trucks will be at Omaha Beer Fest this year. Lopez said the restaurant had been at the Summer Arts Festival and other festivals in town for years. Now that they have three food trucks as opposed to one, they decided it was time to try Omaha Beer Fest.

The 4th Annual Omaha Beer Fest offers attendees opportunities to sample different beers and learn more about the brewing process through a Homebrewer Expo and Beer Academy. There will also be live music and several food trucks, including Nitro Burger, Mosaic Pickle and Prairie Fire Pizza.

There are a lot of food options at the Omaha Beer Fest for visitors. But if you’re not sure what to try, Lopez recommends stopping by the Maria Bonita food truck.

“We make everything from scratch. This is authentic Mexican cuisine. It might take a little longer for us to cook and prepare your food on site, but it’s definitely delicious,” said Lopez.