While the entire country has moved toward the ultimate goal of “local” sourcing, Nebraska has enjoyed the upper hand for years. Within an environment naturally conducive to bountiful harvests, and with an eager workforce, Nebraska farmers have a minor advantage in both the tenable soil and the drive of area workers, keeping them in business through the age of factory farms.

Wandering the aisles of your nearest produce section, the sign “locally grown in O’Neill” rests precariously on a tomato display.  From the Farmer’s Market to your favorite Omaha restaurant, O’Neill has been providing Nebraska with fresh, local produce for generations.

A First Stop For a Fresh Start 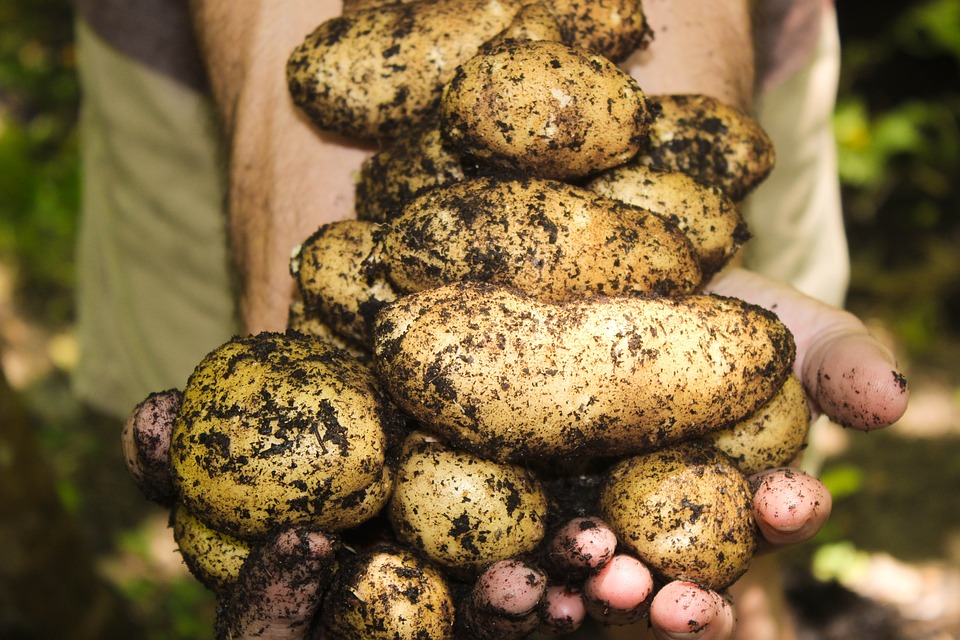 Known as The Irish Capital of Nebraska, O’Neill bears a promise to “promote and sustain a forward-looking community that champions our community’s diversity and respects the individuals”. The rural town has a tradition for being a place to start a new life, and serves as a beacon for immigrants to the US. Families looking for safety, freedom, and are ready to work hard to earn it.

ICE agents conducting a 15-month investigation posit that it has also become a beacon for human traffickers, and abuse of undocumented workers. They have used this reasoning to target packing plants, restaurants, greenhouses, and harvest fields, often staffed almost exclusively by migrant workers, both documented and otherwise.

In January of 2017, the current administration demoted Acting Director of Immigration and Customs Enforcement Daniel Ragsdale. In his time as Director, he focused his efforts on identifying criminal behaviors among non-documented residents, deportation of criminals, and the monitoring of communication among suspected traffickers.

His appointed successor, Thomas Homan was a strong vocal supporter of the new administrations promise to deport those here illegally, and arrests of undocumented residents increased by 38% by May of the same year. By June, Homan had retired, but momentum was building.

O’Neill businesses were tossed in mid-August, and 133 people were arrested on suspicion of working illegally. Another 17 were detained on suspicion of conspiracy to exploit illegal labor for profit, fraud, and money laundering. All were carted off to ICE headquarters in Grand Island, more than 100 miles away. One establishment, O’Neill Ventures, lost more than half of their 80-employee staff.

Witnesses stated that one of the targeted workers, a pregnant woman, was strongarmed and mishandled by agents, before ultimately being taken to the ground and detained. Many find it difficult to believe that intentions stated by ICE, that they were there to protect undocumented workers from mistreatment by those exploiting their situation, were sincere.

Speaking under terms of anonymity, one worker told me “We were cattle. We always were. We’re there to do the hard labor, and then we get kicked and kicked out. Our families and employers fined and driven to poverty for trying to work hard. That’s all we want to do. We pay our taxes. We don’t get government aid. I don’t know why people think we’re here to abuse the system, we just want to work hard and live a good life”

Some of the detainees have been released, pending a court case in Omaha (185 miles away), while others will remain in detention centers until hearings are scheduled. Lawyers have been on hand to inform them of procedure, but each person detained will need to acquire legal representation of their own at a personal cost to them before their hearings.

“These targeted businesses were knowingly hiring illegal workers to unlawfully line their own pockets by cheating the workers, cheating the taxpayers and cheating their business competitors.” Said Tracy Cormier, special agent in charge of Homeland Security’s St. Paul, Minnesota office.*

“I would say the amount of criminal warrants that are being executed will be one of the largest for HSI,I’m not aware of a bigger one.”

Among the businesses accused of abusing undocumented labor are:

“They raided places that (the accused) did not have workers.” Reported Angie Phillips, a local advocate who has been helping organize aid to affected families. “They’re trying to cover it like they were going after this group of people taking money from the undocumented workers and treating them horribly, and the fact that the undocumented workers were picked up was kind of ‘collateral damage”

Ms. Phillips drove to O’Neill to speak with some of those affected.

“The conditions in that tent weren’t great,” she said, referring to the fenced off temporary detainment center erected outside ICE headquarters. “Beyond the fact that it was hot, and their limited access to food and water and medical care, they were treated poorly.”

Phillips urges volunteers to donate funds, food, and basic necessities to these families who are suddenly unemployed, facing crippling legal fees, and possible deportation. More than anything, though, she pleads for support.

”Statistics show that if US citizens go to these court dates and we watch, that’s pressure put on the judges. They know we’re paying attention, it increases the likelihood that they won’t be deported.”

What Does This Mean For Nebraska? 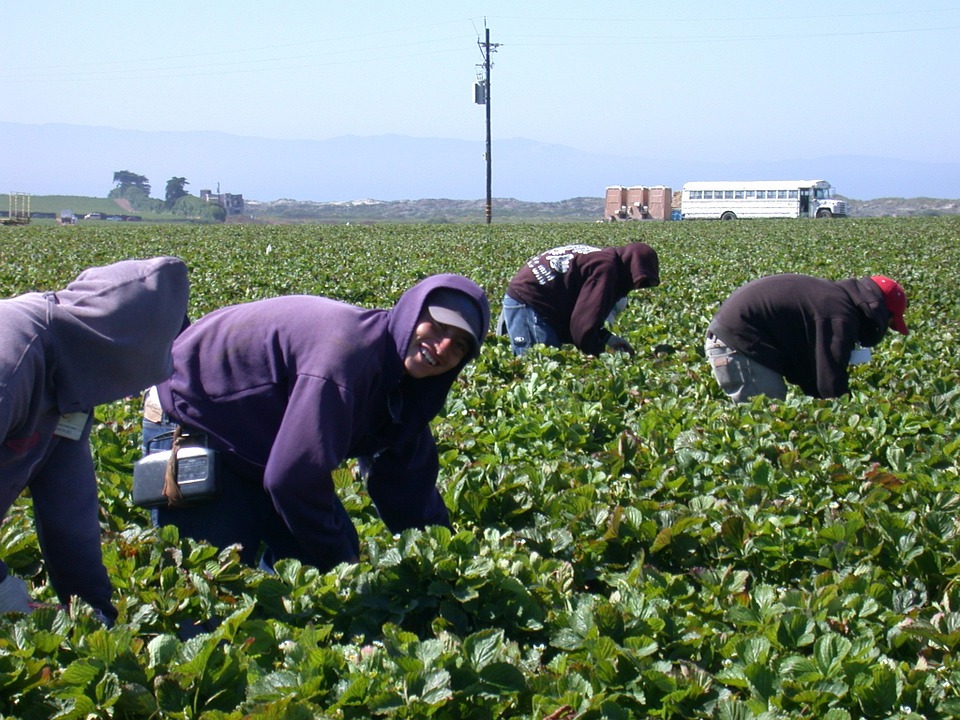 Food prices are high. It’s not because farmers are overcharging you, living high on the hog, as it were. Generally speaking, farmers are often just getting by. Many work full time jobs in addition to their family farm and their weekly spot at the Farmer’s Market.

Food prices are high because of shipping cost and waste. Every strawberry grown but not sold simply raises the price of every strawberry that comes after it. Every potato left rotting at Elkhorn River Farms right now is actively driving up the cost of every French fry you plan to eat for the foreseeable future. After all, one lost crop can ripple for years to come.

Local restaurant owners have told me that it’s too soon to tell what this event will mean for their menus, but agree it would be naïve to believe there will be no impact on their ability to source locally, or the prices of their offerings.

Between wild fires, flooded plains, and record heat waves over the summer, much of the United States is experiences loss. Here in Nebraska, farmers have experience with sudden weather extremes, and work hard to prepare for the effects of climate change. A hearty stock sits in O’Neill, ripe for the picking. They took your job. Now’s your chance to go get it back.

What Can You Do? 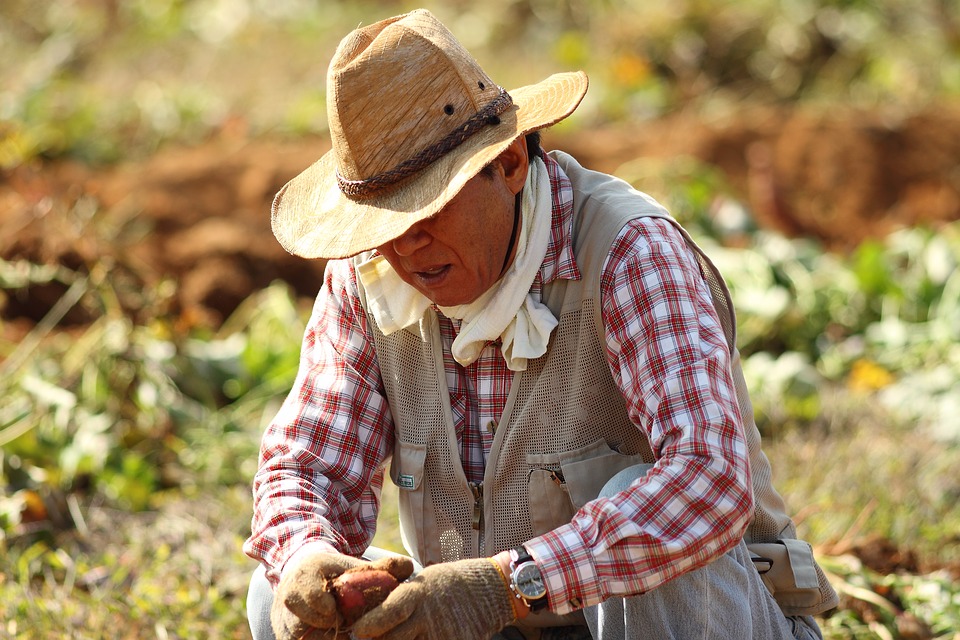 Aside from ensuring that you’re registered to vote, petitioning local government to provide a path and protection to asylum seekers and immigrants, and supporting local farms, several options exist to lend support to the families navigating the process of citizenship.

The League of United Latin American Citizens immediately mobilized a LULAC intervention team to Nebraska, working with local businesses and schools to provide aid for all those displaced by the raid.

O’Neill Cares Coalition and The First United Methodist Church will be hosting a weekly pop-up market for families effected by the raid, creating a list of needed items and collecting donations every week at First United. The long game is important on this, as passions tend to die down quickly. A donation page can be accessed at https://m.signupgenius.com/#!/showSignUp/70a0d4ea9ac2aaaf58-popup.

The Reader will continue to monitor as this moves forward in the coming months, as well as provide resources and opportunities to connect volunteers with organizers. If you have an opportunity you would like us to forward, Email Sara@TheReader.Com

*The suspected ring has ties leading to Nevada, as well as Minnesota.