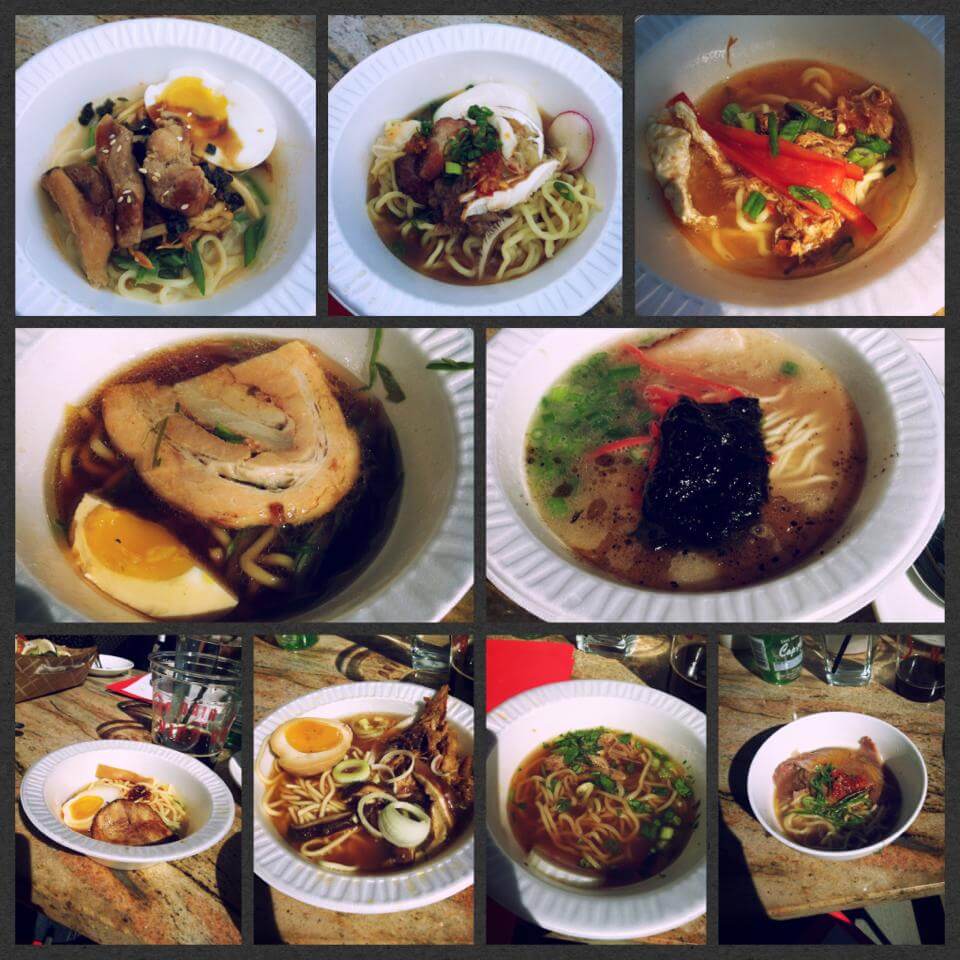 Omaha was drowning in awards and accolades in 2015 for their foodie culture, local sourcing, extensive wine and beer craft, sustainability, and vegan friendliness. Being on-trend can often create a revolving-door effect in the restaurant industry, as fads change and doors close. We looked at some of the newest promising eateries in 2015, and how they are keeping Omaha at the pinnacle of food culture.

With CrossFit, Paleo, and IIFYM movements sweeping through gyms and fitness studios across the country, it wasn’t long before the food prep industry caught on.

Muscle Maker Grill at 2835 South 170th Plaza introduced West Omaha to their health-inspired menu of wraps and salads featuring low cal sides and dressings as an alternative to the ubiquitous steak and pasta houses nearby.

Evolve Paleo (18111 Q st) sought to cater to man’s primal side, with a menu of premade to-go lunches and catered dinners that tended more toward gluten free than historical accuracy. Limits on legumes, sugar, and soy made Evolve a trending check-in among the Paleo and Crossfit communities.

Fuel Fit Kitchen at 15687 Spaulding brought decadence to dieting with their thoughtfully prepared meals. Gluten free meatballs, almond crusted chicken, and their fun and tasty ‘Everything Bars’ take the pinch out of avoiding grain, while their reasonably generous servings take the edge off of portion control.

Eat Fit Go went straight to the top, seeking out Chef Enzo Zurlo to collaborate on their macro-friendly menu. Their name spread quickly after an appearance at a CrossFit competition, and a second location at Aksarben Village is already under way. While waiting for their first brick and mortar at 304 N 179th street to open at the end of the year, their meals were available at IThinkFit Gym, where the trainers fully backed and promoted the low carb, healthy-fat-full microwavable meals.

The owner of Real Eats at 156 and Center, Michelle Cali, could be found at the Farmer’s Market all summer, seeking interesting, fresh flavors to add to the creativity of their chef-created menus, without adding to the calorie or sodium content. The meal plans include a Whole30 option for those seeking a fresh start to the Paleo lifestyle, or who are looking for a no-pressure introduction to an elimination diet. In addition to a gluten free menu, Real Eats offers delivery and pickup of Vegetarian and low-sodium meals, and refers to themselves as a ‘Grocerant’, for their many real-food items they keep on hand daily.

A small handful of do-it-yourself pizzerias popped up in 2015, giving Omahans exactly what they didn’t know they needed. The fast casual restaurants Uncle Maddios (2521 s 132nd) and Pie Five (1303 S 72nd St and 9820 S 71st Plz) feature a DIY approach to pizza prep. A line of fresh veggies, rich cheeses, and salty meats create as many options as you have cravings. Add as much of as many ingredients as you can handle before the friendly staff fires up and delivers your unique pie.

Ramen if You Want To, An Ancient Trend Rears its Head

The return of a 19th century tradition has been a fun and delicious adventure for Omaha. Javid Dabestani managed to convince about a dozen ramen artists to put their noodles together this summer for Ramen Fest Part Duex, an Ode to the hearty Japanese soup dish. Your humble Reader writer was lucky enough to be invited to judge this year’s event, which benefited the Omaha Food Bank.

The unanimously winning dish came from Sunday Night Ramen. A weekend tradition of noodle soup among friends turned into the hottest meal in town this year, as a few coveted tickets to the intimate weekly gathering gave way to selling out a pop up event at Le Bouillon. Follow Sunday Night Ramen on Facebook to see where this elegant eatery pops up next! https://www.facebook.com/SundayNightRamen/?fref=nf

Archetype, Vmertz, and relative newcomer to the nightlife scene Nite Owl have all been home to what is considered the father of the pop-up ramen movement in Omaha. $20 tickets sell out fast for what Ugly Duck Ramen affectionately refers to as ‘Slurp Sundays’, an event featuring their weekly ramen special, Nite Owl’s cocktails, beer, and anything from steam pork buns to donuts. Nite Owl’s own menu is locavore, vegan, and vegetarian friendly, and served until 2am in The Blackstone District.

Many local restaurants have hopped on the Ramen bandwagon to try to capitalize on the trend, but few claim to actually specialize in it. Enter Ika Ramen, an offshoot of the locally sourced, sustainability-minded Taita. The Benson noodlery opened at the end of 2015 to rave reviews and a packed house. Carefully crafted bowls take time, but taste like a thousand years of tradition and love. Ika has what it takes to outlive the fad.

UnCommon Ramen- And A Shipload of New Arrivals

Yoshi-Ya is bringing their interpretation of the dish to Flagship Commons at Westroads. Several other restaurants have taken up residence in the daring new food scape, which opened at the end of 2015.

Yum Roll, the newest sibling to Blue Sushi and Sake, features sushi, nigiri, sashimi, and an assortment of Japanese beer, sake, and tea.

Juan Taco brings the food truck vibe inside with their minimalistic Mexi menu.

Weirdough Pizza lives up to its name with oddly mouthwatering offerings such as Pistachio Pizza with ricotta salata, pistachio, and arugula, and The Northerner with béchamel, prosciutto, roasted potato, green onion, and cheese curds.

Clever Greens is heart healthy in more ways than one, and they make eating your veggies fun and delicious. Cheeky dishes like Rock the Goat, which features goat cheese, walnuts, charred red onion, strawberry, spinach, and arugula, will make you smile before your dish has even arrived.

Familiar faces at The Commons include Omaha fixtures Amsterdam Falafel and Kabob, Blatt Beer and Table (which will offer patio seating in the spring), and Aromas Coffeehouse. A ping pong table, foosball, and full service bar prove that hanging out at the mall is no longer just for hordes of teenagers.

Enzo Zurlo understands one thing better than he understands people, and that is delicious food. Crafting meals that feel old world in a cozy environment, Zurlo flexes his artistry with every stroke of the whisk. Dishes like Creamy Tuscan Bean Soup garnished with smoked Gouda and white truffle oil warm the belly and the heart, while the enormous pizza oven emanates the heavenly scent of pizza Napoli. Every meal tastes like love, and if you are lucky enough to snag a few moments to say hello to Zurlo himself, you’ll understand where that distinct flavor comes from.

In the location of the former Maria Sangia’s, El Parian was born with hurdles to overcome. With Sangia’s forced closure after numerous reports of violence, noise complaints, and finally police involvement, El Parian has much to prove to maintain a family-friendly presence. Naming itself Omaha’s first authentic Mexican (read: Not Tex-Mex), the establishment has had problems finding a solid customer base. A website riddled with inaccuracies about the hours of operation, menu items, and even the wrong phone number make it difficult to plan an evening at the eatery, while curt customer service and chilly interactions with the staff make it even more difficult to enjoy the evening once you’ve arrived. All of that aside, I’m really rooting for this place. If you have any experience dining here (I have not, after several attempts, due to said inaccuracies, followed by staff rudeness toward my toddler which enticed me to leave without dining) please Email Crumbs@TheReader.Com and let us know how it went!

Who Rocks The House?

Market House has taken up residency in what was once the beloved Vivace. Let’s be honest, it’s hard to cheer for the guy who takes over such a well-established family foodery, but owner Nick Bartholomew has become Omaha’s sweetheart. Recently, The Market House has landed in Forbes ‘America’s 25 Best New Restaurants’ list in a stroke of well-earned recognition. The reverence with which Bartholomew transitioned his venture was inspired, and one could write love poems for days about the food alone.  Live music, local sourcing, and a menu to die for make The Market House my favorite on our New Arrivals list.