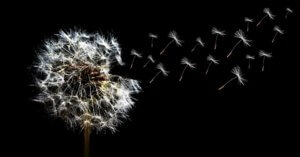 Dandelion is once again proving itself a resilient little pop-up. After an abrupt closure in the summer of 2018, Dandelion owner Nick Bartholomew was left without a location. On Friday, Bartholomew made the announcement that Dandelion’s access to their original space in the Chamber Commons (13th and Howard) was being reinstated, and that Dandelion will be ready to blow you all away again this spring. Follow Dandelion on Facebook to follow the upcoming roster of chefs who will occupy the spot with fresh concepts and decadent dishes.

Ramona’s has announced their grand reopening celebration will take place in  March. While little is known at this time, the restaurant at 8510 N 30th st. will be occupying the lot recently vacated by Enzo’s. The Reader will be watching for updates, and regularly posts them on our Instagram Story @TheReaderOmahaDish

The El Salvadorian restaurant Amigo’s Market is under new ownership,  and fans of Pan Y Leche are rejoicing. The established business at 2102 Q st. is now under the ownership of Hector Trujillo, owner of Pan Y Leche. You may recognize Hector’s sweet El Salvadorian pastries from their spot in the Summer Farmer’s Market, or from their place on the shelves of local grocery stores. You’ll now find them offering their wares beside hand-made pupusas and hot quesadilla daily. Follow them on Facebook at Pan Y Leche and stop in to see what the chef’s got cooking!

The third annual Burger Fight has been scheduled, and as usual, sold out almost immediately. The event is a violently friendly competition between area chefs to see who slings a better burger. The night ends with the winner taking ownership of the Burger Fight Trophy, first runner up walking away empty handed, and third place taking a knuckle sandwich to the gut. Probably not. But if you’ve met these guys, then probably actually yes. The suspects include Dario Schicke, Nick Strawhecker, and Paul Kulik. The Reader is definitely not taking bets on who you think will win, so definitely don’t email Crumbs@TheReader.Com about it.

The real winners will be the fans who were quick enough to snag tickets, as hey will enjoy a slider from each chef, B16 fries and a fry bar featuring gravy, ranch, and cheese whiz, bourbon slurpees, party favors, and a night of absolute ridiculousness.