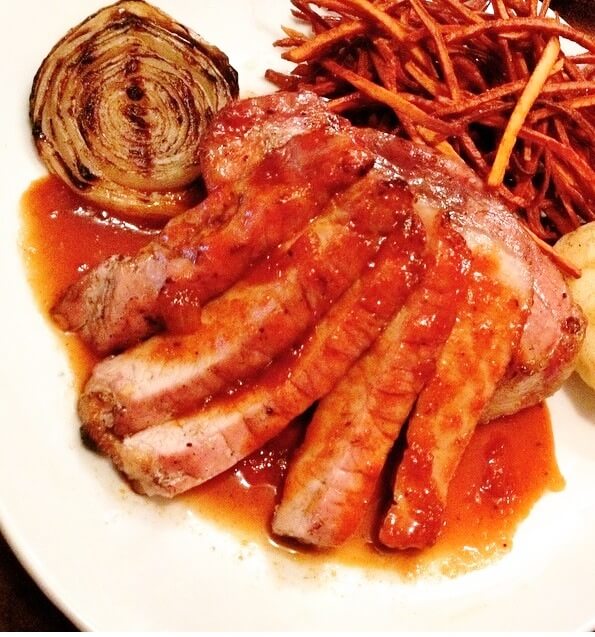 A group of people with families to feed and mortgages to pay are putting their jobs and their futures at risk to shed light on a public health issue.

A very controversial pilot program is being targeted by The Food Integrity Campaign in a Change.Org petition. The petition urges the largest manufacturer of pork, Hormel, not to expand a program which speeds up processing lines by 20% and deregulates meat inspection.

Putting it All On The Line

Under this model, plant employees have been given some of the responsibility of USDA inspectors. However, federal inspectors are legally protected from backlash for speaking out when the integrity of the food product or the safety of the employee is compromised. Plant employees, however, are afforded no such protection. They are threatened with termination for condemning too many carcasses they deem unfit for consumption, so they generally learn to just let things slide. A few brave members of the line have come forward at great risk to try to bring awareness to the conditions they are working in, and the quality of the food that finds itself on your plate.

Anonymous inspectors have reported witnessing toenails, hair, cystic kidneys, bladder stems, abscesses, and fecal matter all being processed as quality pork. With too few eyes on the line and up to 83 pounds of pork being processed per second, more and more impurities are passing inspection. It has been stated that it is impossible at this speed for inspectors to even incise the lymph nodes on each carcass, which is critical to determining if septicemia and tuberculosis are present.

In affidavits released in February, employees were quoted:

– “Personally, I will not eat any products that bear the name of the company for which this meat is produced. I don’t think that it is wholesome or safe to consume.” (Joe Ferguson, Affidavit #4)

– Food safety has gone down the drain under HIMP*. (Anonymous Inspector, Affidavit #3)

– After working in this plant for more than ten years, I definitely do not support its expansion to the rest of the industry. (Joe Ferguson, Affidavit #4)

It’s easy to find ourselves angry in a detached manner. Consumers are being sold this tainted meat? Someone should tell them. Well, we are.

One of the 5 plants this new process has been piloted in is the Hormel plant in Fremont, Nebraska.

Hormel is no stranger to controversy. The factory in Austin, MN was home to a series of incidents that left dozens of workers sick and many permanently disabled. The rate at which the hogs were being processed caused exhausted workers to develop an immune response to the vaporized swine matter being shot through the air with high powered hoses. The Mayo Clinic was baffled and could offer no treatment to the ailing packing house employees, but nerve damage and paralysis weren’t enough to merit a change in procedure, and workers were sent back to the line, dizzy and weak. It turns out that pigs and humans have enough DNA in common that when the body tries to rid itself of pork matter, it attacks the host dna. The workers’ immune systems were literally attacking and killing them, confusing them with the swine matter that had accumulated in their bodies.

When enough people became gravely ill to make a case of it, their citizenship was called into question and they were bullied into accepting smaller settlements in exchange for their resignation. This included forfeiting any health benefits they had been receiving. Those who did not comply were bullied further and threatened with deportation, and ultimately, their employment was terminated.

The Other Red Meat

Any deli counter worth its salty slices will boast a wide array of pork products. Shoulders, chops, loins, and rumps all lined up for the picking. The pallid nature of the pork call to mind the familiar slogan: The Other White Meat. I spoke with an industry insider who wishes to remain anonymous, as many who have spoken out have been harassed and threatened. He explained:  “The whole ad campaign is a celebration of the bastardization of an entire species. Myoglobin is the protein responsible for binding iron and oxygen in muscle. It feeds the muscle and causes the pigmentation that makes all red meat red. These hogs are kept packed so tightly they can’t even turn around. The muscle starves and atrophies. Instead of treating their animals better, they come up with this ad and keep feeding people sick food. It’s not supposed to be white. It’s not supposed to be tough and dry, it’s only like that because the animal is so ill. But you chew and chew and think to yourself “the other white meat” and don’t think about the fact that you’re eating atrophied, grey, sick animal.”

This is a well-documented issue in American meat processing. In 2001 the nonfiction book Fast Food Nation was released by investigative journalist Eric Schlosser. It focused on America’s high rate of meat consumption and the demand for this meat to be cheaper and faster. It noted the increasing occurrence of preventable food-borne illness and the decline in worker’s health, in addition to the plummeting quality of the food. He refers to meat packing as “The most dangerous job in America”

In 2006, the book was fictionalized and brought to screen in a film of the same name starring Greg Kinnear, Ethan Hawke, and Wilmer Valderrama. It highlighted the plight of the workers, of whom more and more quantity was being demanded, as quality fell by the wayside. You saw humans of lesser means being preyed upon by management, who sought people with everything to lose, making them very easy to manipulate.

It underscored the façade of the standard factory.  A tour will display the pristine conditions you would hope to see your food being prepared in, but behind the doors you’re not allowed to enter, you find the blood and guts of it- all being blended into your favorite can of chili.

Another quote from the affidavit: – When USDA loses the authority to make plant employees engage in corrective actions, the program stops working. This is what has happened at the plant where I work. (Anonymous Inspector, Affidavit #2)

They say nobody wants to see how the sausage is made, but I want to believe that the people making it are doing so with integrity.

If you would like to know more, you can read the affidavits here: http://www.foodwhistleblower.org/campaign/hormel-hogs/#affidavits