Spooky season is upon us, and The Reader has opted to take a momentary break from talking about the truly scary. Rather, this month, we’re only talking about facing our mortality.

While there remains some debate among the living about whether or not Nebraska is, in fact, for everyone, there seem to be several members of the aliven’t who can’t seem to pry themselves away. Today, we’re taking a walk on the dark side, diving into the local legends that surround some area eateries.

Legend:
This particular haunt is said to be the tweed-jacketed and ascot-wearing ghost of Bill. The numerous accounts give a variance of last names, from Wilcott to Walden. Bill is said to be a former regular of the establishment, specifically at his favorite perch in the lounge. Our subject was a loyal patron, returning to his designated spot long into his treatment for terminal cancer. Staff is said to have even begun bringing him his dishes pureed once he lost the ability to chew. Be honest with yourself, that level of customer care would make a regular out of you, too. No matter what.

The service at Sebastian’s was so comforting to Bill in his final days that he has, according to legend, continued visiting long after cancer finally claimed his mortal form. 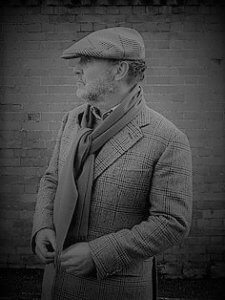 Both guests and staff at the restaurant have reported his presence over the years. Encounters include swinging doors, flickering lights, a face glowering at patrons sitting in his place, and the general feeling of being watched. Thinking back on the last time you’ve had the prime rib at Sebastian’s, isn’t it worth a short trip from the afterlife for one more bite?

What?
O’Connor’s Irish Pub/Monster Club
Where?
1217 Howard
Legend:
What better way to stir up a little business than to claim you’re being haunted? Well. Actually being haunted might do the trick. In 2005, O’Connor’s welcomed PRISM, a paranormal investigation team, to the pub to see what they thought. After collecting a number of accounts of shadow figures, flickering lights, and cold spots, the team undertook two preliminaries, as well as one overnight investigation.

Orbs, cold spots, unexplained electronic events, lights flickering, a shadow figure, and two distinct EVPs (Electronic Voice Phenomenon) were the night’s haul, most of which were recorded and can be viewed, reviewed, and heard at PRISM

The pub has since gotten into the spirit of the haunting, and reopened as Monster Club in 2019. Décor and events take the tone from creepy to campy, and has shifted the energy from heavy to light-hearted. If the ghost of O’Connor’s is still around, it’s definitely having a blast of an afterlife.

The menu is family pub-light, with a selection of burgers, sandwiches, and fun appetizers. Try the corn puppies. They aren’t approved by any diet you’ll ever be on, but they’re fun enough to risk joining the ranks of the unalive you’ll be dining beside.

What?
The Speakeasy
Where?
72993 S Road, Sacramento, NE
Legend:
Some people just have a wandering eye, and not even death (and no longer accessorizing with a face) can stop it. Such is the case of The Speakeasy’s Faceless Fred. A Gold-Rush era two-timer, Fred’s wife didn’t take too kindly to catching philandering Fred red-handed. Rather than divorce, she opted to relieve him of the face women seemed to find so irresistible. The story goes on to indicate that rather than go through the trouble of a trial and burial, the little woman opted to simply chuck him into a nearby well.

One could hardly blame Fred for choosing to haunt a place with an excellent whisky selection rather than the wronged woman dwelling in his own home. He now wanders The Speakeasy, which was built on the site of his defacification. You’ll know it’s him by the throwing of pots and pans, or by female staff complaining of being followed or watched. Cheaters never change, y’all.

And as long as you’ve made the journey to Sacramento, NE for a glimpse of Faceless Fred (a portrait of him lies therein) you’d may as well stay for the bone-in whisky rib-eye that made Food Network’s 23 Best Things to Eat in Nebraska list. 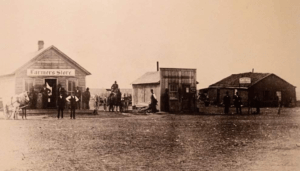 What?
Old Hotel Café and Saloon
Where?
503 Maine street
Scribner, NE
Legend:
Hotels are the setting for any number of seedy goings-on, and it would be difficult to stand in one spot for 120 years without bearing witness to at least one tragic passing. The site formerly known as The Harder Hotel was built in 1901, and boasts such excellent rooms and services that some guests simply refuse to leave.
Ever.
Over time, various floors of the establishment were permanently closed. The building gained historical status, and currently operates as a bar and café. In spite of the closure of the rooms, diners enjoying their morning coffee have reported hearing a piano playing from the shuttered floors.

Children playing on the other side of the door is an inconvenience any hotel-dweller is familiar with, but patrons have indicated that they would prefer peace at the hours that specter children have been reported roaming. Owners have yet to establish a no shoes, no shirt, no mortal form, no service policy, and so the children remain.

The team at PRISM visited several times over the course of a single year, never walking away without evidence they feel supports the haunting. From EVPs to the feeling of being touched, their most prized piece of evidence, sadly, was too low quality to convince skeptics. For those interested in the eerie, however, the full-body apparition they spotted might make this spot worth a visit.

Nebraska may be a toddler when you consider the age of civilization, but the history exists if you’re brave enough to take a peek

Let us know! Did we miss your favorite haunted spot? Email Sara@TheReader.Com so we can plan our visit!