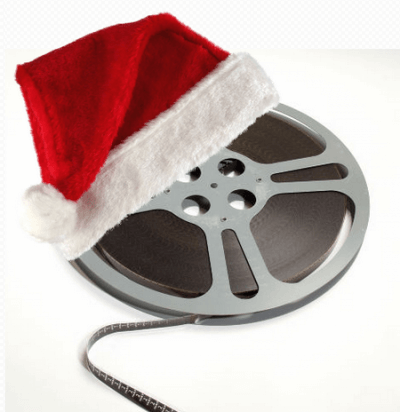 There is a difference between a guide to holiday movies and holiday movie guide. The former is simply a tour of cloying Christmas-time flicks you know by heart and the latter is a battle plan, a plan of action, a roadmap to maximizing your entertainment during whatever vacation you have managed to squirrel away for these winter days. Let’s consider various scenarios to ensure you maximize your movie merriment.

First off, if you are a member of this elite group, congratulations. Chances are you are either an educator of some kind or have planned for December better than a Mayan calendar maker. You’ve got two-weeks (plus) to chill out, and nothing says “Bro, I am so totally chilled out” than a movie marathon. In my house, we use this as an opportunity to watch the Lord of the Rings trilogy, the extended versions, which means we start around December 16 and finish on December 15 of the following year. So strike up a series like Harry Potter or Star Trek (only the even numbered ones, of course) if you’d like, but  here are some creative marathons to consider this holiday season:

Scenario B: This weekend counts to four

The stars have aligned, shortly before Quetzalcoatl is set to knock them all down. If you have a job that grants you Christmas Eve and Christmas Day off, that means you get a weekend on steroids, a weekend that took Extenze, a weekend with obesity! Four days! Not enough to warrant a marathon, but certainly enough to have some film fun.

Woe to you, suffering worker forced to toil and tussle whilst we likely enjoy the spoils of your labor. If you have no time, I have but one suggestion for you: watch a Christmas movie that makes you feel good inside. It will help you prolong the feeling or instill it in the first place. For the first time anywhere, here’s my top 10 Christmas movies (as in movies with Christmas prominently featured in them). And happy holidays to you and yours, no matter your scenario.