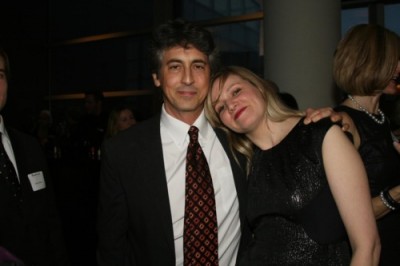 Listen, 2013, you look cool. You really do, with your new Superman movie and lack of Twilight. It’s just…well, your older sibling (2012) was super crazy awesome. It’s not easy being odd, especially with a number so feared it gets its own phobia named after it. But chin up, I’m sure it won’t be that bad…I mean, other than that sequel to Adam Sandler’s Grown Ups that’s coming. Here are some things I’m looking forward to inside of you. That sounded weird…

On the plus side, 2013 will automatically be the first year in what seems like forever without a Twilight movie soiling the top 10 box office winners of the year. On the other hand, the author who created that series has another film adaptation coming out, The Host. So it’s kind of like “out of the frying pan, into the even-more-derivative-and-imagination-free-horribly-insipid-and-kinda-sexist fire.” My predictions for the biggest hits? For blockbusters, sequels will once more dominate, with Hunger Games: Catching Fire, Man of Steel and Iron Man 3 burning like an untreated STD. My pick for top grosser is Star Trek Into Darkness, as I am a fan of a movie with a title for a sentence. For the top grossing sleeper hit, I’m calling Elysium, which teams District 9 writer/director Neill Blomkamp with Matt Damon; it’s an original sci-fi idea, a species so rare it’s like seeing a gay Republican ride a unicorn. Finally, flop city will add the following failures to their population: World War Z (dammit, I want to love you, zombies!), Oz The Great and Powerful (James Franco is neither) and Pacific Rim (giant robots fighting monsters isn’t for mainstream folks yet).

This Is (Not) a Man’s World

Wait, what’s this? Could 2013 be the year we finally realize that you don’t need to have an anatomic tripod to use a camera tripod successfully? Consider that half of the 16 films slated at The Sundance Film Festival are by women. These include Stacie Passon’s Concussion, about a woman whose life changes after a blow to the head; Jill Soloway’s Afternoon Delight, in which a woman takes in a stripper to be her nanny and actress/writer/director Lake Bell’s In a World…, about a vocal coach who tries to become a voiceover star. Why, those sound neither exploitive nor like men attempting to crudely ape the experience of women! Oh, and there’s a better than average chance that Kathryn Bigelow will prove that her Best Director Oscar was not some kind of gender-based affirmative action by scoring her second straight nomination (and possible second win) for Zero Dark Thirty. What’s more, Sofia Coppola may get out of director jail with The Bling Ring, which features Leslie Mann and Emma Watson in the “based on a true story” tale about teens who use the Internet to track celebrities’ whereabouts so they can rob them.  I mean, we’d have to string together a few decades like this to really call things “good” or “even,” but it sure feels nice to look at 2013 with some optimism for equality!

After having starved for native son Alexander Payne’s return to the big screen for years and years before The Descendents in 2011, we’re already getting spoiled with his next film hitting in 2013. And in case you weren’t excited already, it’s called Nebraska, was shot in Nebraska and will likely put us on the map more than Larry the Cable Guy did. As he is wont to do, Payne is using a simple story about a father/son road trip to blend comedy and drama, with Lincoln as the final destination. Are you not excited? As far as local events, The Omaha Film Festival is like a snowball rolling down a hill in a children’s cartoon, as it continues to get comically bigger! This year’s promises to build even further, just start doing your weather controlling dance to ensure that March 6-10 benefits from global warming’s temperature rise and doesn’t suffer from global warming’s dangerous havoc-causing destruction. And while I don’t have anything specific to plug, both Aksarben Cinema and Film Streams are sure to continue the awesomeness that is now synonymous with both establishments. Screw unlucky numbers, 2013! Omaha is lucky to have a place that is divine to watch big budget and mainstream movies like Aksarben and a place that is spectacular to watch artistic and repertory fare like Film Streams.

I also predict a few Oscar surprises (maybe The Avengers gets nominated?), I predict that I will present at least one review without any sarcasm or snark in it (it has to happen sooner or later) and I predict that 2013 will be another great year in a great city with great people a great mayor a great local paper and great big heart. Which is, you know…great…