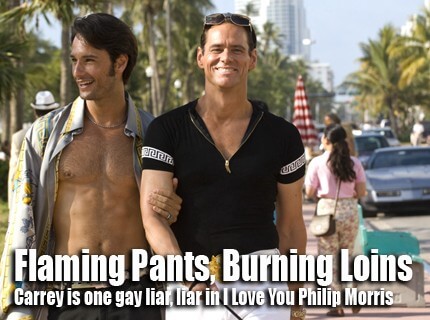 Blame it on kismet, chance or “the rain,” but something funky worked in 2013’s favor. For no discernible reason, the year offered up wildly brilliant unexpected gems (Upstream Color, Spring Breakers) and triumphant blockbusters with brains (The Hunger Games: Catching Fire, Iron Man 3, Man of Steel). Looking forward, 2015 is jam packed with the single most anticipated docket of films ever scheduled, ranging from Avengers: The Age of Ultron early in the year to Star Wars Episode VII in December.

Sandwiched in the middle is 2014. The year nobody cares about. Let’s try to drum up some excitement anyway.

Show Me the Money

True, 2014 has less major franchise pics than 2015, which is pretty much sequel-geddon. But it’s not like there ain’t a slew of retreads and remakes. Robocop (Feb.), TMNT (Aug.), Godzilla (May), Dawn of the Planet of the Apes (July), X-Men: Days of Future Past (May), Captain America: The Winter Soldier (April), The Amazing Spider-Man 2 (May) and The Hunger Games: Mockingjay Part 1 (Nov.) are no slouches. Consider the mighty Marvel swagger these days, those three comic book movies alone may rack up a couple billion worldwide. What I’m saying is, no need to worry about a Hollywood CEO bailout any time soon.

In fact, there are a couple of potential new franchises in the works. Divergent (March), which is based on the young adult novel of the same name, features Shailene Woodley getting her “Katniss Everdeen” on. Is it a license to print money like Hunger Games and Twilight or flop fodder like The Mortal Instruments or Beautiful Creatures? Guardians of the Galaxy (Aug.) features a talking, gun-toting raccoon in space, so you can say it’s a new approach for Marvel movies. Then there’s Big Hero 6 (Nov.), the first animated film spawned from the Disney/Marvel union.

Did I mention that there are a few somewhat original big movies too? Noah (March) is Darren Aronofsky doing a biblical epic…so, yeah, I’m sold. Jupiter Ascending (July) is the first action/sci-fi movie from the Wachowskis since The Matrix trilogy. Interstellar (Nov.) is Christopher Nolan’s first non-Batman film since Inception. His former cinematographer, Wally Pfiester, makes his directorial debut with Johnny Depp in Transcendence (April). So there’s tons of original content to be excited about! So long as you understand it’s all made by white dudes and Transformers 4 (June) will win the box office crown.

Show Me NO Money!

That isn’t to say fans of indie jams don’t have a few things to look forward to, even if the release dates are unclear right now. Whereas big-budget movies plant their flag in a calendar and scare other movies out of that release date, indie movies typically wait until the carnage caused by the blockbuster big boys is done and then slide into the space remaining. And there are some potentially amazing sliders this year.

Z for Zachariah is director Craig Zobel’s follow up to last year’s Compliance, which was really well made and super icky. This tale of a girl in the postapocalypse doesn’t sound all that less icky, but it probably involves a lot less sexual assault. At least, a guy can hope. Director Paul Thomas Anderson, who has yet to make a bad movie, is working on an adaptation of unadaptable novelist Thomas Pynchon’s Inherent Vice, which could hit in 2014.

And that ain’t all, folks! Lunatic creative genius Gaspar Noe is reportedly doing The Golden Suicides, which was written by Brett Easton Ellis and Gus Van Sant. Charlie Kaufman’s follow-up to the insanely dense but totally worth it Synecdoche New York is in the works; titled Frank or Francis, the script is bonkers by all accounts, which is kind of what you’d expect from a guy who dressed John Malkovich in drag inside his own head. Werner “Looks like a supervillain, directs like a God” Herzog is set to adapt Vernon God Little, a disturbing satire about childhood murder. And, finally, after directing 3 films in 15 years, Terrence Malick is set to release his third film in four years. Knight of Cups features Christian Bale, Natalie Portman, Cate Blanchett, Nick Offerman and shut up and take my money.

They may not get the press or the bluster of the blustery blockbusters, but these indie flicks are the secret sauce behind 2014’s taste of glory.

People love to hate the Oscars. I hate to love the Oscars, but I kinda do. Say what you will about their relevance, we still mentally note the Best Picture, Actor and Actress winners from each year and can recall them decades later. As such, here are my predictions before all potential nominees have even had their qualifying runs in theater.

Best Actor – Chiewetel Ejiofer (12 Years a Slave), Bruce Dern (Nebraska), Tom Hanks (Captain Phillips) and Matthew McConaughey (Dallas Buyers Club) should keep Oscar night free. That last spot will be a dogfight between Leonardo DiCaprio (The Wolf of Wall Street), Forest Whitaker (The Butler) and Robert Redford (All is Lost). When the dust settles, I feel like Hanks has his hands on a record breaker.

Best Actress – Meryl Streep made a movie this year (August: Osage County) so there are only 4 spots left. Also, we already know the four other nominees. Cate Blanchett (Blue Jasmine), Sandra Bullock (Gravity), Emma Thompson (Saving Mr. Banks) and Judi Dench (Philomena). I’m telling you, those are the nominees. Less clear is who will win. My gut says Blanchett, but Bullock may have the momentum. And it’s hard to stop that momentum in space.

Best Picture – There’s no way that Gravity and 12 Years a Slave don’t get nods. I’d throw Saving Mr. Banks, The Wolf of Wall Street, The Butler and American Hustle in there too. I think this is a year Oscar maxes out with 10 best pics again, so I’m thinking the final three spots go to Captain Phillips, August: Osage County and Inside Llewyn Davis. It’s so early to pick a winner, but I’m gonna try. I think 12 Years a Slave takes home the trophy, negating the one given to Crash.