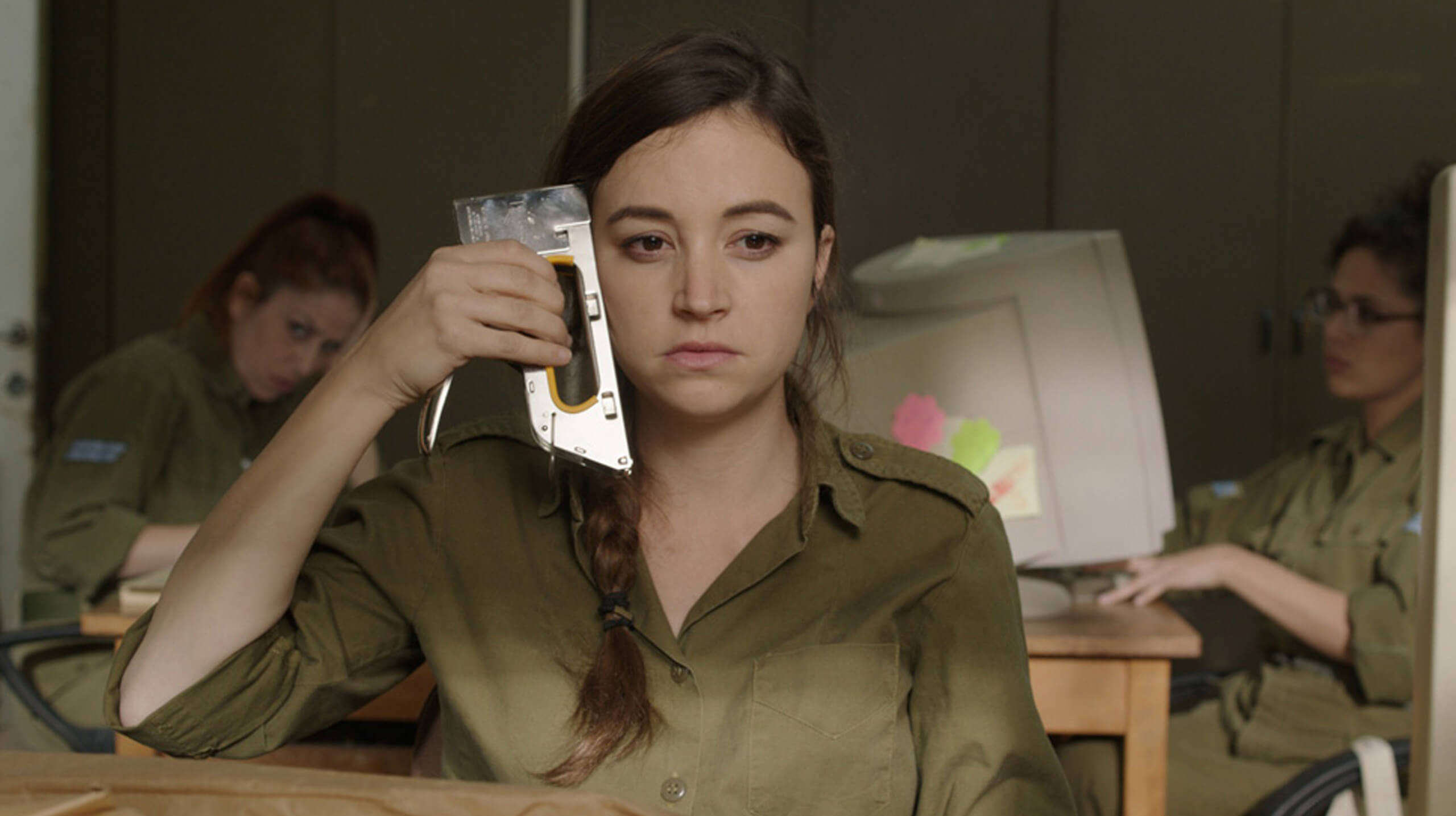 Sadly, Zero Motivation is the worst kind of mixed bag. Written and directed by Talya Lavie, the first woman to produce a film in Israel, Zero Motivation follows a pair of young women through three loosely connected stories about their two years of mandatory service in the Israeli military. The film is one of those slice-of-life workplace comedies that feels semi-autobiographical and satirizes the peculiar procedures of its setting with fine detail. Zero Motivation is the frustrating because, at times, it joins the ranks of workplace comedies like Office Space and Clerks as one of the genres’ best…but it mostly plays flat.

The two soldiers scrutinized in Zero Motivation are Zohar (Dana Ivgy) and Daffi (Nelly Tagar). Zohar and Daffi are stationed in the human resources department of a military base located somewhere in the boondocks of Israel. They are stuck at unfortunate desk jobs, overseeing a few minor functions of their base. Three titled acts follow the iconic comings-of-age for Zohar and Daffi: Daffi’s tortuous process to be transferred to a base in the big city and Zohar’s race to lose her virginity. Their arcs are supplemented with workday-to-workday misadventures in their office that usually end up as mismanaged subplots.

As the film putters along, the base is successfully portrayed as a daunting and mundane supporting character. It’s menacing plainness looms in the background of every scene. Mercilessly, Zero Motivation takes place around the year 2004, meaning Zohar and Daffi are a few years too early to at least have Smartphones to spend their days on. We understand the profound boredom that Zohar and Daffi are tasked to endure within the fences of the base, and we feel their angst.

Zohar and Daffi’s office is commanded by an unremarkable angry boss caricature, played by Shauna Klein. Most of her lines are shouted at Zohar and Daffi from behind crossed arms, until her obligatory evolution into a big softy. Zero Motivation works best when Zohar and Daffi are left on their own, trudging through their mind-numbing duties. Daffi’s only job is to collect all the scrap paper on the base and shred it. The duties of Zohar’s job are vaguely defined, but she is able to spend a lot of her time on a computer playing Minesweeper without anybody complaining. Watching these two women bide their time as they work is fascinating. Few things are more interesting to me than watching the dull jobs we never think of, but must exist somewhere. Months go by before Zohar and Daffi are motivated to change their circumstances, but there are few better circumstances that the pair of slackers are qualified to have.

The film has a tough time when Zohar and Daffi are more active, staging office revolts, trying to get down with hot infantry guys and pulling pie-in-the-face pranks that belong in another movie. Zero Motivation is such a somber film that a lot of the would-be funny stuff has the energy drained from it. Much of the film is also saturated with a familiar brand of Sundance quirk it doesn’t need.