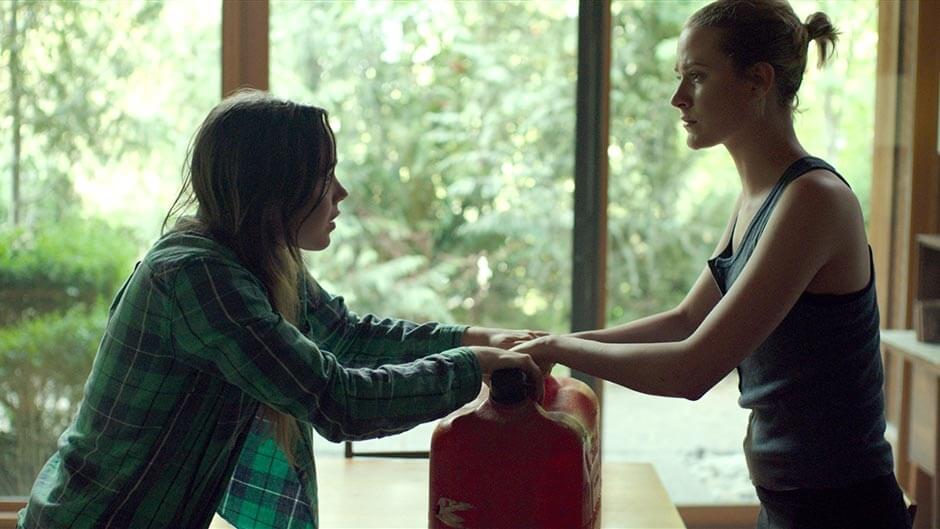 I enjoy the nitro-boosted chaos of the Mad Max series and the zombie hordes of “The Walking Dead” TV series. Even the never-ending series of Hollywood films about aliens arriving to ruin humanity’s fun occasionally offer some cheap thrills. But every now and then, it’s nice to see a quiet take on the apocalypse. Directed by Patricia Rozema, Into the Forest is low-key science fiction that carries much more emotional weight than it’s mega-budget counterparts.

Set slightly in the future, when millennials are old enough to start complaining about the ineptitude and sensitivity of the younger generation, North America is struck by a total power outage. One of the reasons Into the Forest works so well from the get-go is how eerie the opening moments are. Young sisters Eva (Evan Rachel Wood) and Nell (Ellen Page) live with their father in an isolated cabin, far removed from the biggest consequences of such an event. It’s almost two weeks before they travel into a nearby town and see the greeter at a local supermarket check for their membership cards while brandishing a shotgun.

Just as reality begins to sink in, a jarring moment of devastation hits the sisters like a freight train, and they’re left alone to fend for themselves. Facing disease, starvation, and the disrepair of their beloved home, the sisters are forced to adapt and survive. If there’s a major problem with Into the Forest, it’s that the film is always trying to tell two stories at once. Both stories are well done, but they don’t flow with the synergy that the film is hoping for.

The first story is familiar stuff. Young people who are dependent on technology have their technology taken away, and are forced to learn how to live without their technology. The story has some clever moments, like when Eva and Nell fight over why they need to conserve gasoline. While Nell argues that they may need the gasoline for “emergencies,” we get the impression that she doesn’t know what qualifies as an emergency. The better story though is about the relationship between two sisters who are fiercely loyal to each other.

Page and Wood are as convincing on-screen sisters as I’ve ever seen, which is even more incredible since they’re working with a problematic script. Oddly enough, their relationship reminded me of Star Wars and how effectively that film seemed to you drop in the middle of a story that made you feel the weight of its historical baggage. Both actresses convey a shared history that you truly feel the moment their characters start interacting. It gets to the point where you’re a bit tired of seeing them gather berries, hunt wild hogs and render fat. You really just want to watch them hang out.

But like I said: More apocalypse films like Into the Forest, please. The film separates itself from other small films about the apocalypse by not being quite so bleak, as they typically are. I definitely wouldn’t call the film a “fun” time, but the relationship between its two leads is too hopeful to let the darker moments crush your soul completely. While the last shot of the film might be the most “on the nose” ending ever for a story that’s partly about dependence on the technology, it’s also a great ending to a better story about the empowering relationship between sisters played by great actresses.