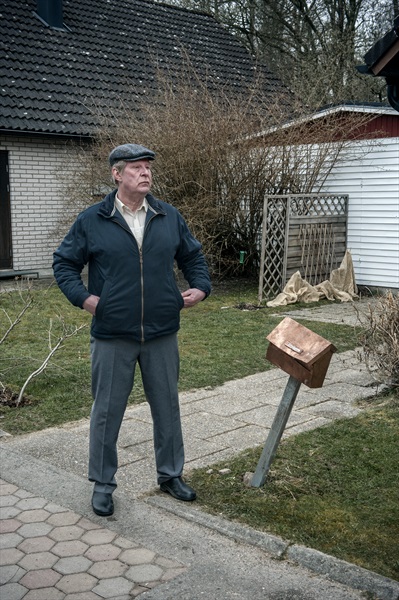 A Man Called Ove represents one of the most cynical trends in cinema at the moment. Major film studios across the world are pouring their money into big budget franchises, so independent distributors are forced to pick up the slack by releasing smaller films that most studios no longer even consider. The result is a lot of so-called “indie” films that have studio budgets, and their content feels as artificially processed as generic Hollywood crap. If it weren’t for the subtitles and unfamiliar actors, I’d be amazed A Man Called Ove is playing in arthouse theaters at all.

Essentially, the Swedish film directed by Hannes Holms plays like a remix of Clint Eastwood’s Gran Torino, without any American machismo. Ove (Rolf Lassgard) is a lazy reiteration of the “grumpy old man” trope who spends his days enforcing the strict rules of his townhouse community and casually attempting suicide. He never stops complaining about how younger generations refuse to work; thus, Ove’s suicide attempts are repeatedly interrupted by requests for his handyman skills. Lassgard is fine enough as Ove, but he’s given surprisingly little to do except angrily shout his dialogue.

Everything in A Man Called Ove just sort of happens. There’s no dramatic weight to the film, the deadpan humor gets old quickly and the story itself is one of the most recycled ever. The film’s only real perks are that the performances are mostly fine and no elements are outright terrible. A Man Called Ove is competently produced…I guess. But it has absolutely no personality whatsoever.  It’s not a good film or a bad film, it’s just a forgettable film. It comes and goes without exciting or offending, much like lame studio flicks that are products instead of genuine attempts at art.

At times, I did become a bit frustrated all of this. Part of the charm of arthouse films is they traditionally offer alternative stories and themes to studio fare. Thus, it’s a bit irritating that the film so blatantly recycles a tired studio formula. Seriously, it’s easy to imagine replacing Lassgard with Bryan Cranston and remarketing the film as corny, feel-good escapism for the holidays. Fortunately, A Man Called Ove is so standard-issue that I’ll probably forget my frustrations—along with the entire film—by next week.