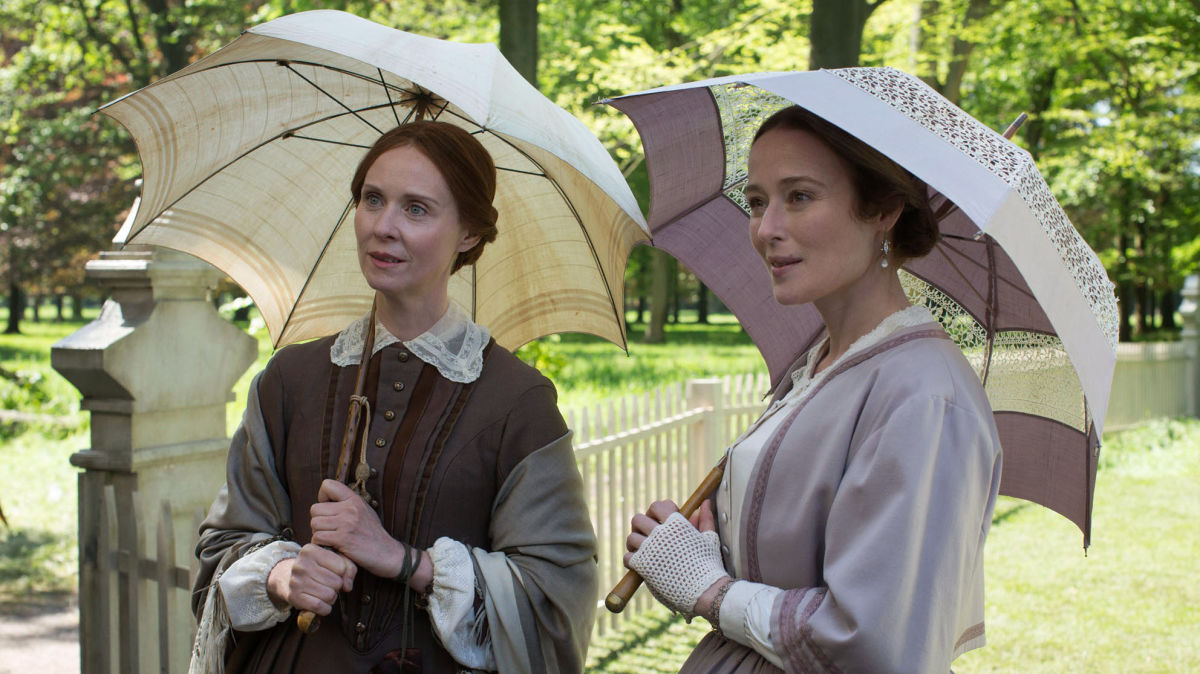 Being a nerd who loves films, movie life has been really kind to me lately. “Fan service” is an increasingly instrumental storytelling device in cinema, and, because I’m a total dork, I reap most of the benefits. It often leaves me wondering how films that are overflowing with fan service play to non-fans. A Quiet Passion finally gives me an answer. As it turns out, if fan service is done particularly well, non-fans won’t even notice it until they research the film afterward.

On one hand, I’m the perfect person to review A Quiet Passion, which is surprisingly the first-ever dramatized film about the life of iconic American poet Emily Dickinson, because I don’t know anything about her life or poetry. Thus, I can’t fawn over the film despite its flaws due to the distracting thrill of fan service. On the other hand, after researching the film and Dickinson, I get the impression that Dickinson fans will still feel like A Quiet Passion was made just for them, although it’s accessible to anyone. That’s an incredible balancing act that shows just how clever writer/director Terence Davies’ film really is.

On second thought, maybe it’s not all that surprising A Quiet Passion is the first to dramatize Dickinson’s life. Although I’ve been aware of her prominence in literature, I’ve never consumed any of her 1,800 published poems because, um, reading is hard? According to the film, she had time to write that many poems because she spent most of her life as a recluse in her family home. Because of that, A Quiet Passion starts off feeling a bit stilted as a biopic, as Dickinson’s distinctly uneventful life doesn’t lend much momentum to storytelling. However, it’s not long before the film reveals what it’s really up to.

A Quiet Passion embraces its stiltedness wholeheartedly and creates a world so self-conscious and rigid that it’s fascinating. My biggest complaint with costume dramas is how often they romanticize dull and wooden cultures but A Quiet Passion takes time to examine how claustrophobic those customs must have really been, thereby explaining Dickinson’s creativity as her only means of release. It’s easy to laugh about an ultra-conservative past, but the film successfully shows us just how radical writing poetry (or any act of expression) would have been in a setting where some characters believe sipping lemonade is every bit as sinful as drinking alcohol.

The supporting cast is serviceable as the family and friends Dickinson kept close with (mostly through written correspondence), but the film is a love letter to the great actresses who portray Dickinson. Emma Bell plays young Emily, and she keeps the film afloat during early scenes when it’s going through some awkward lulls tuning into the odd world it’s creating. Of course, the performance that defines A Quiet Passion is Cynthia Nixon, who plays Dickinson from age 30 onwards. It’s by far her best performance, which is even more impressive considering her great work in the past. Even if you’re not a hardcore Dickinson devotee or you can’t get interested in the world presented, Nixon will still enrapture you. A Quiet Passion is a win for non-fans and a win-win for fans.