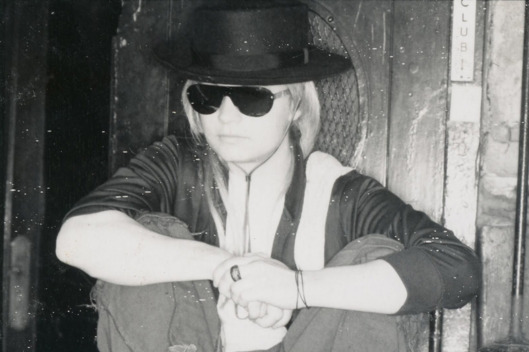 Author: The JT Leroy Story earns your trust by revealing its big twist early in the film. It’s a clever strategy, considering the primary interview subject in the documentary by Jeff Feuerzeig orchestrated one of the biggest hoaxes ever in pop culture. Plenty of films have unreliable narrator; however, you usually don’t realize they’re unreliable until near the end of the story. Seeing an unreliable narrator come clean so quickly and then dive headfirst into honesty is an enormously satisfying experience that hooks you into Author: The JT Leroy Story right away.

I totally missed the JT Leroy saga as it happened. After all, I was eight years old when the writer published “his” first novel and I was just thirteen years old when the woman behind the curtain was finally revealed. Allegedly the son of a homeless, drug-addicted sex worker, Leroy got some attention for a few semi-autobiographical articles “he” published in popular magazines throughout the 1990s. It wasn’t until “his” novel Sarah, published in 2000, received universal acclaim that Leroy was heralded as the next great American author. Even as a recluse, Leroy used intimate emails and phone calls to build a close-knit network of celebrity supporters in the literary world and Hollywood.

It wasn’t until Leroy finally started making public appearances that rumors swirled about “his” credibility and, eventually, “his” existence. It was no secret that Leroy wore a blonde wig. However, even some of the people in “his” inner-circle wondered why “he” was so eloquent on the phone but only seemed to incoherently mumble when they met “him” in person. Leroy’s novel had already been adapted as an independent film, with another film adaptation of his work in development, by the time a New York Times article exposed the truth: JT Leroy was the literary persona of a woman named Laura Albert.

If that sounds like too much information, know that everything I just described occurs in the first few minutes of Author: The JT Leroy Story. The rest of the documentary features an interview with Albert where the author recounts “behind the scenes” stories of her elaborate masquerade, supplemented with recordings of phone calls between Leroy (Albert using a fake voice) and celebrities. The recordings are fascinating, to a point, but they highlight some of the films’ biggest problems. Albert is introspective enough to contemplate the ethical issues of posing as Leroy, but it would have been nice to see someone else really press her. Also, there are times when Albert’s recollections begin to feel “list-y,” as if she’s namedropping every celebrity she duped simply for the sake of namedropping.

It’s hard not to be interested by Albert’s mechanisms for performing the hoax, or her explanation for why the hoax wasn’t necessarily a hoax, even if it does get a bit redundant by the end of a runtime that’s 20 minutes too long. After seeing the documentary, some light research gives me the impression that folks already familiar with Albert might not be surprised by too much in the film. Viewers like me, who had no clue about Albert, will enjoy a compelling documentary that explores the story behind such a bizarre scenario. Don’t expect the opening twist to be the last time Author: The JT Leroy Story feels like a head-trip.