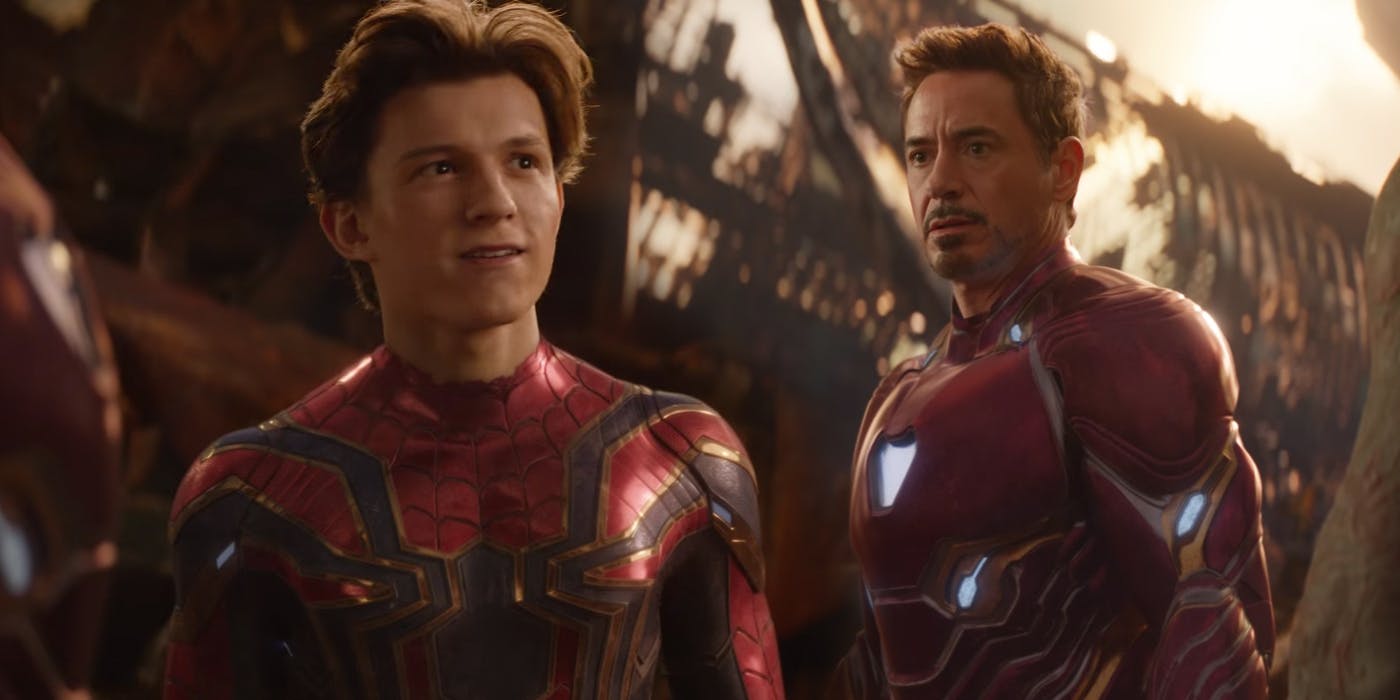 Avengers: Infinity War is one hell of a special effects sizzle reel infrequently interrupted by moody hand-wringing and one-liners. Mainstream cinema has arrived at the profiteering point the comic book industry reached a few decades back, dropping the equivalent of a hologram-laden, foil-covered, triple-sized issue on theater audiences. Much like those overpriced “collector’s items,” Infinity War is purty but won’t actually be worth much in the long run, overplaying its conclusion to the point where nothing that happens actually matters. Like an all-you-can-eat candy buffet for dinner with an ice cream buffet for dessert, at some point sugar-rush fun segues into diabetes.

If you haven’t retained the connective plot thread uniting all 19 Marvel Cinematic Universe films, it’s that an angry space raisin intends to use a bedazzled MacGuffin to wipe out half of all life on all planets. A heroic roll call would take up the whole word count, so just assume everyone still alive from the other movies is present. Except Hawkeye. That’s not a spoiler, one line of dialogue is tossed out as code for “Jeremy Renner kinda sucks, right?” Thanos (Josh Brolin), the aforementioned angry space raisin, tasks his associates with retrieving two of the bedazzled gems he needs on earth. His minions are all incredibly pale, indistinguishable from one another and noseless, so probably from Hollywood.

The heroes split up, with some heading off to fight Thanos directly, others fighting bad guys on earth and Thor (Chris Hemsworth) getting really into artisanal space blacksmithing. Directors Joe and Anthony Russo nimbly wiggle between tones, making the time spent with each group of characters feel like a brief foray into a movie specific to that subset. Other than those curmudgeonly cinema critics who treat escapist spectacles only as annoying roadblocks to their next think-piece, it’s hard to have a truly bad time. Watching heroes meet and comedically clash or whimsically spark chemistry is as fun as watching Thanos get pissed and chuck an entire moon at Iron Man (Robert Downey Jr). Yet, despite being billed as catastrophically consequential, Infinity War will ultimately have all the weight of an anorexic hummingbird.

Because spoilers are only slightly less upsetting than the phrase “Trump’s second term,” let’s just say that, in an effort to both mimic events in the source material and up the cosmic stakes beyond Uranus, Infinity War doth protest too much. The last 15-20 minutes, which are intended to be jaw-dropping and dramatic, feel as comically overwrought as those think-piecing critics have alleged this entire genre to be. Maybe the next installment—which should have, you know, an actual ending—will retroactively justify all this blustery blockbusting. For now, assessed solely on its own merits, Infinity War is an experiment in just how much of a good thing can be had before it’s no longer as good. This does not, of course, include Spider-Man (Tom Holland), because there is no such thing as too much Spider-Man. Ever.