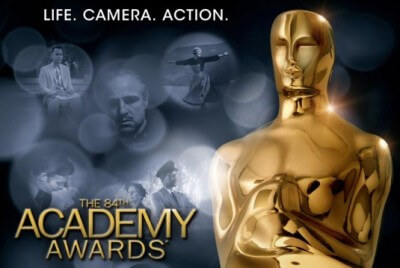 Maligned though they may be, the Oscars remain the most recognized celebrity back-patting contest and the best way to playfully gamble until March goes mad. As is our annual tradition, I will lay before you my picks for who will win and, more importantly, who should win, even though my track record is less Carnac the Magnificent and more Miss Cleo.

Will win: Viola Davis (The Help)

Lost in all the jokes about how often the divine Miss Meryl gets nominations is the fact that she last won the big prize 30 years ago. In other words, she routinely loses to actress who weren’t alive to see her last win. Davis is a fine actress, but The Help is feel-good, Disney-fied revisionist history at its worst. It’s a good year to remind the good lady Streep how much we love her.

Will win: George Clooney (The Descendants)

Should win: Jean Dujardin (The Artist)

Honestly, this is an insanely close race. If it were a Republican caucus, we’d award one the victory and then take it back and give it to the other guy. Clooney did amazing work in a nuanced role, but we’ve seen him better before, whereas Dujardin hoists an entire movie that wouldn’t otherwise exist on his shoulders. Hell, Dujardin’s eyebrows alone out-acted just about everyone this year.

Will win: Octavia Spencer (The Help)

Anybody who has ever tried knows that it’s so much harder to make someone laugh than to do just about anything else (other than win a land war in Asia). So why is it that the Oscars routinely ignore this genre of performance? Because they’re fuddy duddies (that’s a scientific term). Spencer’s work is passionate but unoriginal, as it falls into easy comparison with similar performances of the past. Why not make a statement? In the absence of adding comedy categories, it’s the least the Academy could do.

Should win: See above

Yeah, I don’t have a big problem with this one, mostly because the field of nominees is as uninspired as a Nickelback song. Sure, Max Von Sydow and Kenneth Branagh are legends, but there wasn’t anything all that legendary about the efforts they put forth this year. And Jonah Hill is just lucky somebody up there liked him. Seeing an aged actor win a trophy is always heartwarming, so get your hankies ready.

Will win: Michel Hazanavicius (The Artist)

I know I’m in the minority on this one, but Tree of Life cleaned my critical clock. A lyrical conversation with God that is somehow inclusive, Malick’s masterwork is transcendent theater at its finest. The Artist is pleasant and all, with its “aw shucks” charm and gleeful gimmick. But a gimmick is still a gimmick, and Hazanavicius ought not be over-rewarded for it.

Should win: Same as above

I figured Omaha may have a vested interest in this category, what with the hometown-boy-made-good looking like a lock to claim his second statue. The other nominees are fairly tepid this year, and this is usually the category where the best movie that doesn’t win best picture is usually rewarded. Sorry about probably not winning the big prize, Mr. Payne, but I think you’ll be consoling yourself with another naked gold dude.

Because it was totally overlooked in the Best Picture category, based on the aforementioned “we hate things that are funny” unspoken Oscar policy, it would be nice to see the funniest movie of the year take home some measure of honor. Allen is such a safe bet, and his guaranteed absence at the ceremony should be held against him! Seriously, imagine a Wiig acceptance speech and tell me that’s not good TV. The idea that a movie with sink pooping in it could bring home a trophy for writing makes me smile.

I covered that stuff here!

If there’s a prettier documentary in existence than Wim Wenders’ Pina, I don’t just want to see it, I want to marry it and have little documentary shorts with it. That said, it’s not like the Paradise Lost series has been boring. The continued struggle to exonerate the so-called “West Memphis Three” is a troubling and important story. I’m pretty happy if either of these bring home the bacon.

Will win: The Artist

Should win: Tree of Life

Look, I get that Hollywood is likely to praise a movie that celebrates an earlier era of Hollywood, but what’s the incentive for people to make thoughtful, challenging works like Tree of Life if they’re going to lose major critical awards to a movie I promise we’ll struggle to remember in a few years. That said, it’s going to be a big night for the black-and-white film, as I see a strong sweep coming.

I could go through and give you the costuming, effects, and make-up awards, but honestly, your guess is as good as mine. For gambling purposes, double down on The Artist in any categories that you’re uncertain on, and remember above all else, the important thing to remember is that at one time, America found Billy Crystal funny. Happy Oscar days, and be sure to check back for our Movieha podcast, which will feature reactions to the inevitable catastrophe!