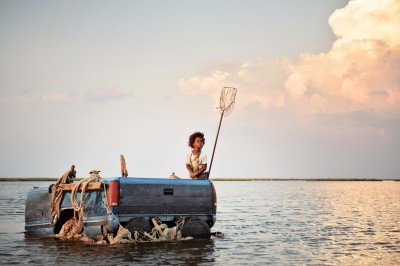 I want the 2012 year in film to have my babies. Heck, I’ll have its babies; it has been so durn good I’d totally go seahorse for it. Before I reduce a year that renewed my cinematic soul to a series of arbitrary numbers and rankings, a quick caveat: Because deadlines are soulless, and because major movie studios are the only things less concerned about Nebraska than presidential candidates, I wasn’t able to see Djanjgo Unchained, Zero Dark Thirty or Les Miserables in time. All that means is you should check us out online at thereader.com/film in a few weeks to see if I dramatically changed my mind, which is far easier to handle than when I melodramatically change my mind.

5.) Total Recall – If people are interested in improving things that Arnold Schwarzenegger did, they should start with running the state of California.

4.)  Anna Karenina – Only the fourth worst movie but easily the biggest disappointment. If the Soviet Union existed, it would collapse again from this film’s existence.

3.) Dredd – Repetitive, derivative and expletive-inducing, there’s a reason you didn’t hear of this one.

2.) The Watch – This was punishment for thinking Night at the Museum was Ben Stiller’s “rock bottom.”

Honorable mention: The Grey, 2 Days in New York, Safety Not Guaranteed, Skyfall and Cabin in the Woods

10.) The Avengers – The 10-year-old who lives in my heart probably won’t ever forgive the adult me for putting this only at number 10. Setting aside the glee that comes from nonstop action awesomeness, this may mark a cultural watershed in terms of modern mythologic worship (which is what comic book movies are). We may finally be over the “grim and gritty” and ready for hope and joy.

9.) The Hobbit – Derided by a stunning number of critics who creamed their keyboards about Peter Jackson’s Lord of the Rings series, this is actually pretty easily the best of the whole bunch. With a better lead (Martin Freeman), a more emotionally resonant story (the struggle for modernity and the problem with displaced refugees) and a stronger visual approach, this is what an epic looks like.

8.) Pitch Perfect – For the second year in a row, this year’s funniest movie features an ensemble of females (like Bridesmaids), striking another huge blow against the misogynistic and idiotic theory that women can’t make us laugh. From Rebel Wilson’s improvisation and raunch to Anna Kendrick’s swoon-inducing vocals and charisma, the depth of my love for this one surprised even me.

7.) Lincoln – Now it gets real, yo. Any other year, Lincoln is a top 5 movie (probably top 3). This ode to democracy and a time when politicians were still asshats, but asshats who actually did stuff, features another trademark brilliant performance from Daniel Day-Lewis and Steven Spielberg’s best work in a decade.

6.) Argo – It doesn’t matter that this didn’t crack my top 5, because I have a feeling it may crack the top 1 come Oscar night. Ben Affleck’s masterful film thrills despite a known conclusion, which is like making someone laugh at a punchline they already know. I thought it was going to take him decades to surpass Clint Eastwood as “best actor turned director.” Boy, was I wrong.

5.) Paranorman – Yeah, you heard me. The point of almost every animated movie is “you should be true to yourself, no matter what others think.” The point of Paranorman is “don’t be a hateful dick to people who are different or they have every right to haunt the crap out of you.” Featuring the first openly gay animated character in a mainstream movie, this is as groundbreaking as it is hilarious.

4.) Sound of My Voice – This only works if you find Brit Marling as absolutely ethereal and stunning as I do. This lithe, light-sci-fi flick is effortlessly thrilling, intimately compelling and ambiguously guided. Again, any other year, this may have hit the top spot. That doesn’t mean I don’t love you, Brit. I do. A lot.

3.) Brave – A list with two animated films and The Avengers sure makes it sound like my emotional growth was stunted at an early age, doesn’t it? Actually, Pixar’s latest (and best) kicked my obsession with feminine scholarship (particularly in terms of epic myths and tropes) right into high gear. A Disney movie with a full-on princess who is complete unto herself (no mate needed, thanks), who is not orphaned or tortured by her mother and who is not saved by external forces. As beautiful as it is important, skip other princess movies and hit this one first.

2.) Holy Motors – Leos Carax wrote and directed the most intelligent and artistic film of the year. Denis Lavant gave the best lead performance of the year. I still have no idea if I enjoyed it. “Best of” does not mean “most favorite.” It means recognizing of the finest works of art in 2012. This is unquestionably pure artistic genius. I just don’t know if I like it.

1.) Beasts of the Southern Wild – Know that I don’t say this lightly: This is the best movie I have ever seen. I’ve now watched it closing in on a half dozen times and have yet to find a flawed scene, a dishonest character beat or any single thing I can point to as a negative. Nothing has changed since I wrote my review, and here’s what I said then “This is an affirmation of the value of the medium, a finger on humanity’s collective pulse and a reminder that there are always, always, always new ways to tell old stories.” Perfection.