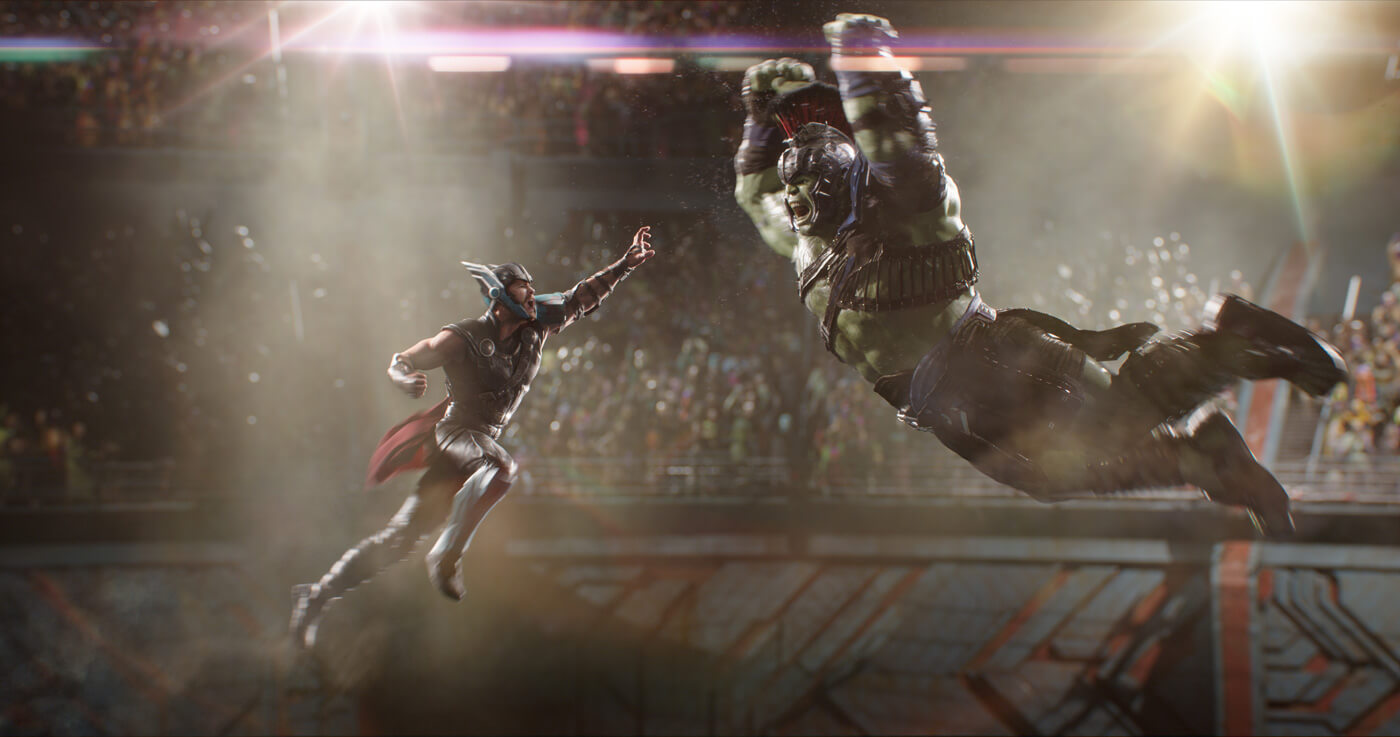 In part because Buzzfeed listicled the world into numerical oblivion, clickbaiting American pop-culture criticism into a never-ending sea of countdowns, many top 2017 top 10 lists sucked super-duper bad. From preening pretentious nonsense—like Nick Gazin at Vice claiming he “wasn’t able to find ten good comics for this top ten list”—to attention-seeking nitwits putting music videos, television series or Cthulu-knows-what-else in their movie countdowns, the core rationale for these annual lists has been abandoned quicker than an away team on Star Trek ditches the prime directive.

More and more people are asking “Do we need culture critics?” and “What makes a critic’s opinion better than mine?” and “How do you do a blog? Lots of people say I should blog about movies.” Thus, those of us lucky enough to do this professionally (in any way) have a three-fold responsibility: First, we must create, further or change the communal discourse on art. Second, we must captivate and entertain through an educated, experienced lens. Third, we must expose key creative works and record their significance for others. A top 10 list should do all of that. It’s our annual thesis. It’s the job, in a nutshell.

I enjoy reading top 10 lists of dedicated movie reviewers I cannot stand as much as I salivate when the best-in-the-business unveil their year-end roundups. Because doing this right doesn’t mean everyone likes you or agrees with you; it means justifying our collective continued existence as critics. I hope you appreciate this list, even if you hate it (and/or me). I hope you respond (joyously or angrily). And I hope to see you again next year.

Oh, and as always, this is a top 10/worst 5 list for last year published in February because studios still think midwest critics write meaningless reviews in cow dung with corn quills.

Resurrecting a movie about a monstrous viral video should be timely in an age where I know what a Logan Paul is. Somehow, inserting the water-logged corpse of Vincent D’Onofrio as a blind lunatic didn’t save things, which was an early sign of how bad 2017 would get.

4.) Pirates of the Caribbean: Dead Men Tell No Tales

This movie is violently awful and gross, which makes it spectacularly on-brand for Johnny Depp. From a marble-gargling Javier Bardem pronouncing “Jack Sparrow” like “Yak Butthole” to Orlando Bloom cosplaying as someone cosplaying as Axel Rose, not even ghost sharks could save this one.

Like fan fiction written by someone who once saw half an episode of Super Friends, this flaccid turd from directors Zack Snyder and Joss Whedon deservedly did less money than the last Batman, Superman, Wonder Woman movie, and that one featured a jar of Jesse Eisenberg’s pee. DC fans deserve better, even if they don’t seem to think so.

Darren Aronofsky’s biblical analogy played like an amateur slam poem written by a dude trying to score chicks by talking about what an asshole he is. I’ve seen this on many “best of 2017” critics lists, a fact I find far more repellant than watching a human baby served as cannibalistic finger food.

With two films in the worst 5, allegations of behaving monstrously towards women and the interview skills of an unfrozen cave man, Ben Affleck somehow had a worse year than the one in which Gigli was released. He wants to forget Live by Night ever happened. I will not let him forget. I will never let him forget. I will stand atop his grave with a picture of him in those eye-gouging suits until his ghost is summoned back to earth and will then imprison his wayward spirit in a theater showing this on repeat. This is who you are now, Affleck. This defines you.

The funniest movie of the year somehow isn’t ending up on enough top 10 lists. I wonder white—sorry, “why.” Featuring a performance that finally made Tiffany Haddish as famous as she deserves to be, this is relentlessly funny, surprisingly endearing and endlessly rewatchable. People should celebrate the joy of black women with the same force they celebrate when black women routinely vote to save this country from itself.

Because the whole year was a hellish nightmare, almost half this list is composed of horror movies. Writer/director Oz Perkins makes this countdown for a second straight year with another sparse, beautiful, terrifying ditty about Satan’s favorite hobby: body snatchin’ for murder stuff.

If you hadn’t previously considered how you and your family would survive the apocalypse, 2017 was the year you did. Right, Hawaii? This tense, terse exploration of moral ambiguity and disturbingly plausible situations will make you feel grosser than a hot-dog-water shower with nearly any famous man. The best art challenges us, and months later, I still don’t know how to answer some of the questions this one asks.

Joy has been in such limited supply, it’s like a package of Schezwan sauce sought by angry fanboys who don’t get jokes. Maybe the best version of the best comic book character ever, Homecoming raised the emotional investment by lowering the stakes, completed Michael Keaton’s three-act superhero arc and made me briefly feel like a kid again.

People don’t like the new Alien movies because they don’t like being told humans are stupid, disgusting monsters who likely deserve extinction. Covenant has all the throwback thrills n’ chills those nostalgic for xenomorph gobblin’ would ever want, but also dares to challenge with grand weirdness and metaphysical meditations. You’d need a second, smaller mouth inside your mouth to savor every bite.

With all legitimate deference and respect to the folks who have voiced concerns and complaints about this one, I got the opposite message from the one y’all are rightfully criticizing. To me, Three Billboards is a movie about the fallacy of redemption. From a character who has cancer being told that doesn’t excuse his shitty behavior to a racist homophobe choosing between suicide or trying to help others, this sometimes-hilarious/sometimes-painfully-tragic forgives no one and challenges everyone to be better. Also: Frances McDormand 2020.

A decades-late sequel to a moody, atmospheric mess that somehow became a cult classic has no right being this good. With a soothing synth score, luscious and colorful neo-noir visuals and a theme that explicitly skewers the “deep down, every white boy is special” motif, this is something of a sci-fi miracle. Were it not for its gleeful embrace of the genre’s violence towards women, this would be even higher.

Rian Johnson made a Star Wars movie that poo-pooed our collective fetishization of accomplishment-as-byproduct-of-genetic-lineage and chased misogynist, racist idiots out of the fandom. Even if it wasn’t amazing in all other regards, which it is, that would be enough. It has the coolest visual moment in the entire series, reinvigorates a decades-old series and gets better with every viewing. If every blockbuster could be this sophisticated, I’d probably stop acting out in my reviews.

I could watch this movie eleventy billion times. Director Taika Waititi didn’t make a superhero movie so much as a sprawling sci-fi/fantasy comedy about colonialism that featured Jeff at full Goldblum and the best score of the year (eat a billion farts, Baby Driver). Not only does it do justice to Led Zeppelin’s “Immigrant Song,” it let Cate Blanchett command the armies of the dead while Idris Elba made like a dreadlocked Robin Hood in space. Also, it was the only thing Matt Damon did all year that wasn’t the worst.

Get Out is the best, most important movie of the year by such a wide margin, any list that has something else at the top should probably have an asterisk by the “Best” in the title that leads to a footnote that says “Not actually the best.” Jordan Peele’s directorial debut is perfectly crafted, has dictated the new narrative about cinema and is proof that entertainment in any genre need not be brainless. Ask me what justifies movies as our dominant modern art form, and I’m likely to include Get Out in my response. Were there any justice in this worst possible timeline, 2017 would forever be synonymous with this film.