Home » Film » Selfish Since He Was Bourne 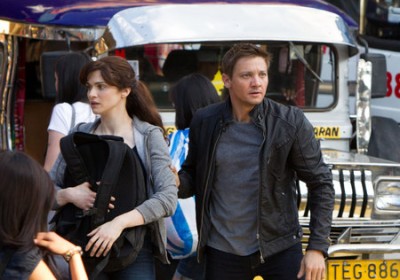 With his rampant sex addiction and potential alcoholism, no one would consider James Bond a saint. But, hey, at least he’s out there trying to save the world from a bomb, giant laser or bad economic investments (gotta love modern “reality-based” action movies). The Bourne series, on the other hand, follows a “me-first” operative willing to endanger, if not outright kill with his recklessness, innocent strangers while racking up millions of dollars in collateral damage just so he can remember what high-school was like.

Okay, maybe that’s an oversimplification, but with The Bourne Legacy officially marking the expansion of the Bourne universe, it’s striking that we have yet to see any of these spies, you know…spying. As much as the series is thrilling, it’s also staggeringly narcissistic. Let this blow your mind: if Bourne dies in the first movie, many more people actually live. And the same thing goes for Aaron Cross (Jeremy Renner) this time around. While it’s nice he escapes, the security guard whose neck he snaps was probably just making minimum wage.

Cross is an agent in a sister program to Treadstone, the super-spy training initiative that produced Bourne before he exposed it. Fearing that a breech in one top secret project will lead to another, Colonel Eric Byer (Ed Norton) decides to burn all evidence, including participants. This is problematic because folks like Cross aren’t just well-trained anymore; they are given a drug cocktail that enhances their physical and mental abilities.

Cross tricks Byer and the gang into thinking he’s dead when, in reality, the government just used a multimillion dollar drone to murder an arctic wolf. Knowing he reverts back to Joe Sixpack if he misses his meds, Cross rescues the only surviving scientist working on his project, Dr. Marta Shearing (Rachel Weisz). Their quest for his pills leads them to Manila in the Philippines, so at least they get to crash international cars too.

Writer Dan Gilroy and writer/director Tony Gilroy can’t be blamed for keeping their characters shallow, as that’s part of the legacy of The Bourne Legacy. Most of the dialogue consists of military jargon (“roger, fuel bingo”) or commands (“run”), and all we know about Cross and Shearing is that he used to be stupid and she’s always been smart. To root for a hero, we must either like what he’s fighting for or know more about him. Well, that or he must be played by Matt Damon.

As much as The Bourne Legacy should be applauded for simply resetting and not rebooting or remaking, this is mostly a violent treading of water. The time has come for someone in a Bourne film to do something substantive, to square off against a supreme bad guy or at least do more than run away. Given that he has abilities beyond mortal men, Cross is basically a superhero, and this was his origin story. Hopefully, next time out, he finds the time to do something heroic.