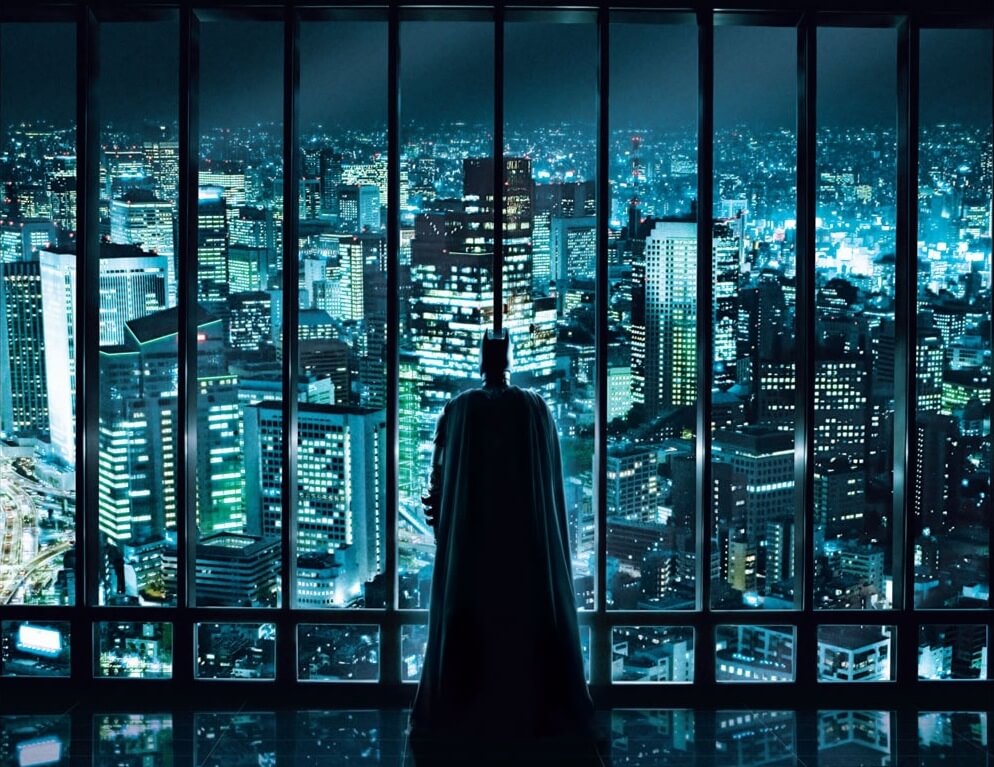 “If you could live anywhere, where would you live?”

While real-world answers are expected, that is not how my jib is cut, my friends. I like to provide answers that are a little more creative, if somewhat, kind of, completely impossible. Like, my first response may be “with Anna Kendrick.” My second response is likely to be a made-up city from the movies because it makes for far more engaging conversation than something like “Akron. I hear they have a decent public school system and really nice air quality.” So in the name of above-average small talk, below is an arbitrary ranked list of the best fictional movie cities for you to use when asked this question.

Featured in: The Dead Zone, Cujo, Needful Things, Stand By Me

You wouldn’t want to live in Castle Rock if it were actually possible to do so. Postcards sent from this fake town would read “Be glad you aren’t here!” Stephen King’s fictional locale in Maine is essentially the worst place on earth for people who prefer staying alive and not trafficking in the icky underbelly of supernatural terror. If you’re not confronting demon dogs or, you know, the devil, you’re finding random dead bodies. Oh, sure, things are always going to be interesting in ole Castle Rock, but you’re probably best staying away. Use this as an answer if you’re trying to impress a girl wearing black lipstick or a boy who once cosplayed as The Joker.

Featured in: It’s a Wonderful Life

If Bedford Falls were a real place, I’d like to think it would still be in black and white. This slice of Americana is pure old timey, small town adorable. Why, even the bankers are decent human beings! Plus, it’s worth wondering whether heaven is specifically keyed in on Bedford Falls. While Clarence could coincidentally have been dispatched there, isn’t worth wondering if the eyes of God linger over this one particular town? I’m just saying, if you’re trying to get people to move to your city, “you’ll be protected by an omniscient being and his legion of angels” is a pretty good selling point.

Featured in: The Nightmare Before Christmas

You already kind of live in Metropolis, insofar it is a place that is incredibly socioeconomically divided, with the wealthy elite lording over the toiling working class who suffer to keep the city running. So we a already have the Marxist nightmare scenario, but you know what Metropolis has that we don’t: Robots! Actually, the German name for the robot used in the film, Maschinenmensch, is even better, as it literally means “Machine Human.” Way cooler than robot, right? “Run! The Machine Human is out of control!” Anyway, seeing as how we already live in a society that greases the wheel of capitalism with the tears of the lower classes, we may as well move to a place with Machine Humans.

Featured in: How the Grinch Stole Christmas

Not pre-Grinch Whoville, where the upturned noses of pretentious Whos were turned away from the green and fuzzy Grinch, but post-Grinch Whoville, a bastion of inclusivity and Christmas joy. Don’t get me wrong, I don’t want to experience whatever horrible radioactive experiment and/or evolutionary development resulted in their goofy schnozzes and penchant for random hairstyles. But they do seem rather happy and living there would give me an opportunity to convince an elephant he has early-onset dementia.

Featured in: The Lord of the Rings and Hobbit series

The main objectives in The Shire appear to be (1) eating, (2) smoking out of long-ass pipes and (3) eating again. That is a solid way to live. Theoretically, after Frodo chucked the cursed jewelry into the volcano, there isn’t even a looming evil threatening to destroy the entire world any more. The only real hesitation I have here is that I’m not a big fan of people running around without shoes on, let alone catching sight of copious amounts of upper foot hair. Then again, maybe a few pulls off the ole Hobbit pipe would ease that concern.

Featured in: The Wizard of Oz, Oz the Great and Powerful

Yes, there is a slight problem with flying monkeys. Yes, the Lollipop Guild will not quit singing that one damn song. No, you can’t be sure some witch-related mischief won’t go down. That said, have you seen the place? It’s fab! Plus, you can make friends with talking lions and other sentient beings who shouldn’t exist. If you set aside the possibility that your experience is actually a near-death experience or hallucination, Emerald City offers gorgeous visuals, a diverse population, and a not insignificant amount of random magic!

Featured in: The Empire Strikes Back

Run by the sexist mofo to ever knock back a Colt 45, Cloud City is not misnamed. It is a city. It is in the frickin’ clouds. It’s hard to top that view. Stacked with tons of Machine Humans, Cloud City also seems to be relatively free from the ongoing war between rebels and The Empire. There is a slight risk of accidentally falling to your death, but who doesn’t want a little adventure? A trip to the mailbox could mean your untimely demise in the wrong weather pattern, but that’s part of the thrill! Sidenote: If Lando Calrissian is not running Cloud City, living there is associated with 75% less swagger.

Featured in: Every Batman movie

If you want to live in a crime-infested, gothic urban nightmare haunted by a hero who thrives on fear, this is the spot for you! Populated with psychotic murderers, corrupt police and a general public who almost all had to have been a henchperson at one point, the thrill of living in Gotham would have to be immense. Surviving a single day in the hell of endless night would feel like such an accomplishment. Plus, did I mention sometimes Superman swings by to say hi? Risking death from a toxic gas released by a howling madman seems like it would be worth it on the off chance you get to see a killer superhero crossover.

Featured in: Many, many John Hughes movies

If you didn’t see this one coming, shame on you for not suffering the same crippling 80s nostalgia as most people. Shermer is just your average midwestern town, except you’re likely to see Molly Ringwald. From Ferris Bueller’s Day Off to The Breakfast Club, we all kind of grew up in Shermer, didn’t we? The heart-warming, laugh-inspiring world of Hughes felt all the more real because this fictional place united so much of his work. Long before Marvel made a bajillion bucks with a “unified world,” we could giggle that Samantha from 16 Candles knew Ferris Bueller. When it comes to made-up movie cities, it doesn’t get any better than Shermer, Illinois.