Home » Film » Women Filmmakers Have Their Say in Cinemateca Series 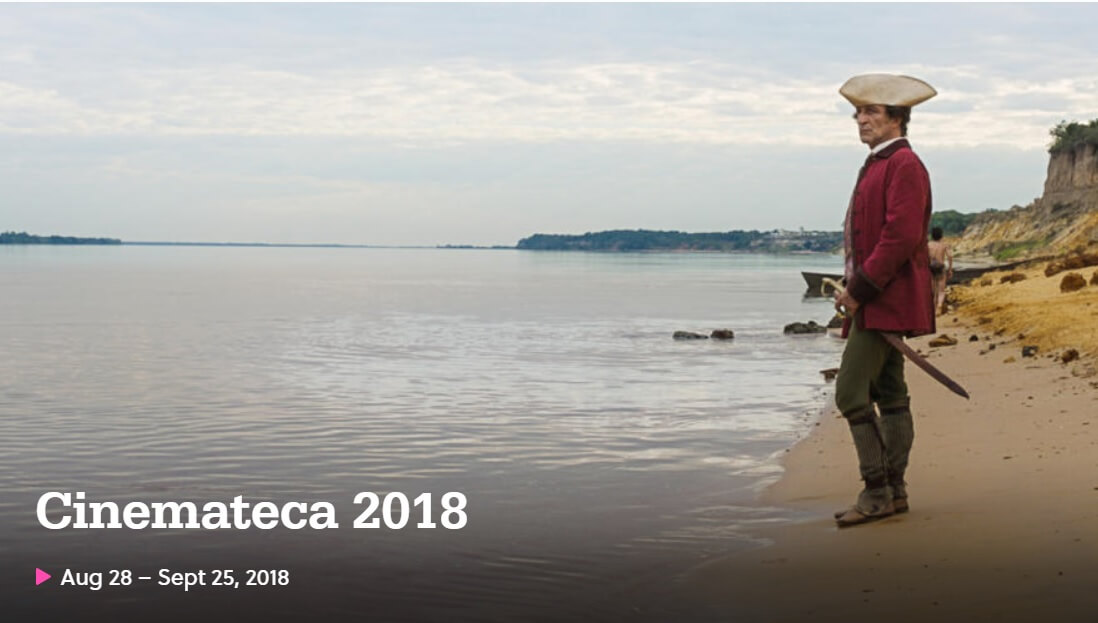 Big screen and small screen stories these days are increasingly being told by filmmakers whose voices were seldom heard, even in the recent past. Women filmmakers and filmmakers of color are offering authentic, disparate takes on life not readily, if ever, available before. As decentralized, democratic content funding, production, distribution platforms have emerged and empowerment movements around women and people of color have found traction, a new crop of film artists is changing the rules of the game.

A sample of this new world cinema order is on display in the 2018 Cinemateca series that celebrates the work of women directors. The series features films by established and emerging directors. Some of the films and their makers are international award winners. The series runs five consecutive Tuesdays from Aug 28 through Sept 25 at the Dundee Theater (4952 Dodge Street). Each film screens at 7 p.m.

Cinemateca is a biennial collaboration between Film Streams and UNO’s Office of Latino and Latin American Studies (OLLAS). Since 2008, this Latino, Latin American and Spanish cinema showcase has presented films from 12 counties, including classics and new releases. The Film Streams-University of Nebraska at Omaha partnership ensures a populist, art, academic and social-cultural focus unique to area cinema series.

Freshly prepared food representative of each film’s country of origin is served before each show. Following each screening, charlas or discussions are led by local scholars expert in the themes explored on screen or, in some cases, by the filmmakers themselves.

“Given the prominence of the #MeToo and Time’s Up movements, we felt strongly that Film Streams should do what it can to help amplify the voices of women of color and celebrate the courageous and creative stories they have to share,” said Film Streams Education Director Diana Martinez. “Women directors have been shaping Latino, Latin American,and Spanish cinema for decades – though they have not always received the acclaim of their male colleagues. The gender inequities that exist in Hollywood are present in many national cinemas. The directors in our series are deeply committed to highlighting power imbalances not just within the film industry but in their communities.

“Film Streams and OLLAS are proud to support the work of these artists.”

Spanish Crown officer Zama waits for instructions from the King to leave the village he’s stagnating in for a better opportunity. His precarious situation forces him to do the bidding, no matter how menial, of successive Governors who come and go while he remains. After years waiting in vain, a disillusioned Zama joins a party of soldiers hunting down a dangerous bandit. This is the latest work by international cinema star Lucrecia Martel (The Holy Girl, The Headless Woman).

This adaptation of the novel Bodas de sangre by literary legend Federico García Lorca portrays an impossible love triangle between two men and a woman. Though the lovers are betrothed and ultimately married, they indulge their passion with each other as if nothing’s changed. Their defiance of all propriety and restraint has devastating consequences.

This film tells the parallel journeys of two women disenfranchised by circumstances beyond their control.

Miriam is arrested at her workplace and is accused, without proof, of “people trafficking”. The violence she suffers and is exposed to during her imprisonment leaves a profound gap in her life. Adela works as a clown in a traveling circus. Ten years ago, her life was irreversibly transformed. Every night during the show, she evokes her missing daughter, Monica.

Female cousins Rocio and Aldana share a history of abuse endured growing up. As lost teens they travel through Argentina and Montreal, where they discover an arts program that helps them process the complex emotions attached to their harsh memories. Gradually, each woman rebuilds her sense of self and her life, thus getting free of the shadows of the past. Their journey is a testament to the strength of resilient women.

Slave trader Antonio returns from a trading expedition to discover that his wife has died in labor. He marries his wife’s young niece, Beatriz. Separated from her family and left alone on the rugged farmhouse in the Brazilian mountains, Beatriz finds solace in the displaced and oppressed inhabitants around her. Exploring the fraught intersection of feminism, colonialism and race, Vazante is the haunting and stunning solo directorial debut from Brazilian filmmaker Daniela Thomas.

For tickets and details about screenings, visit filmstreams.org.