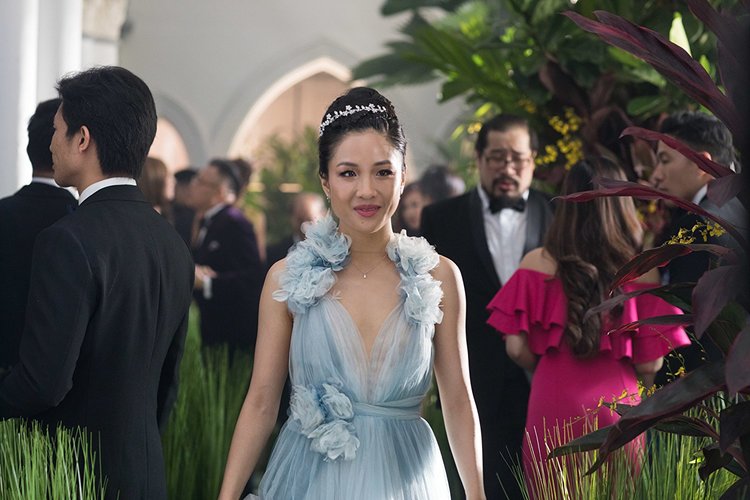 Crazy Rich Asians is a film that is simultaneously painfully overdue and horrifyingly ill-timed. On the one hand, that it has been an impossible 25 years between major Hollywood studio movies with an almost-exclusively Asian cast—the last being Joy Luck Club—is almost as repellant as Mike Pence’s review of Mulan. On the other hand, a celebration and opulent humanizing of the wealthiest wealthy people feels like waving a Cayman Island flag aboard Betsy DeVos’s yacht.

Crazy Rich Asians is a largely banal rom-com buoyed by a few standout performances and gorgeous production design. It is also so ludicrously pro-decadence that the audience surrogate from a “lower socioeconomic class” is an NYU professor, who likely makes around $200,000 a year. Why, it will take her nearly 5 years to gross a million dollars, like some kind of dirt-eating peasant! As daydreamt romantic escapism, it’s benign. As another exercise in excusing the inherent perversity of inequality, Paul Ryan should love it.

The aforementioned NYU prof is Rachel Chu (Constance Wu), who showers an affable kindness like a hyperactive lawn sprinkler. Her boyfriend, Nick Young (Henry Golding), convinces her to join him on a trip to Singapore for a wedding in which he’s the best man. Nick had kept the fact that his family is “hide the guillotines” rich because every relationship in rom-coms is based on calculated manipulations for plot purposes. Shortly after landing, Rachel is subjected to a burst pinata full of Richie Riches.

Nick’s mom, Eleanor (Michelle Yeoh), immediately loathes Rachel. Not in a “No one is good enough for my son” way but in an “Oh man, is she gonna literally stab that woman?” blend of Machiavellian animosity. Astrid (Gemma Chan) is Nick’s only wholly redeemable family member, so naturally she’s given a subplot designed to make average filmgoers cheer when she dons million-dollar earrings, an act of rebellion to which literally tens of people in the whole world can relate. Rachel’s former college buddy provides the wedding-movie-template comic relief, which is only transcended by Awkwafina’s gravel-voiced mega-charisma. Crazy Rich Asians doesn’t have so much of a plot as it just has a relentless number of superficial characters who demand absolution for Silver Spooners everywhere.

The resolution of the film is as expected as a taste test in a corporate ad. However, for some reason, Crazy Rich Asians decides to have the only real transformative moment take place off screen. It’s the equivalent of telling a joke with a 2-hour setup and skipping past the punchline while yelling “Just laugh now!”

To be fair, director Jon M. Chu’s film is very pretty and largely pleasant, provided you can stifle any real-world rage at the oppressively elite. Unquestionably, there is an audience hungry for Crazy Rich Asians who will find themselves joyfully sated. This outcome will hopefully further liberate myopically-minded studio suits from their audaciously wrongheaded theory that diversity is not profitable. Let’s just hope they don’t take home the message that we need more rah-rah profiteering propaganda.