The best news in an otherwise rather-challenging week is this: Lionsgate has picked up Happytime Murders , a dark comedy about muppet murder. 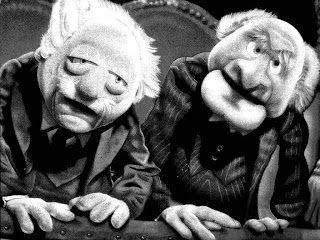 Jim Henson’s son, Brian, is set to direct this tale of a world where muppets and humans coexist but the fuzzy folk are treated like second-class citizens (or third-class citizens, depending on your view of how we treat various minority elements in this country). When the puppet cast of an old kids TV show get murdered one by one, it’s a disgraced LAPD puppet detective pairs up with a human to solve the case. This makes me think three things (1) MUPPETS CAN DIE? WHAT THE HELL?! That’s a heck of a thing to burden me with when I’m already fussy. I thought those things were immortal! (2) I hope this is rated R and we get to hear muppets curse. The only thing funnier than muppets saying dirty words is a homophobic senator who is revealed to be gay. (3) I know they aren’t ACTUALLY using recognized muppets in this movie, but how great would it be if Gonzo was the killer? Years of pent up rage released in glorious felt murder. I cannot wait for this movie. God bless Lionsgate for greenlighting this one!