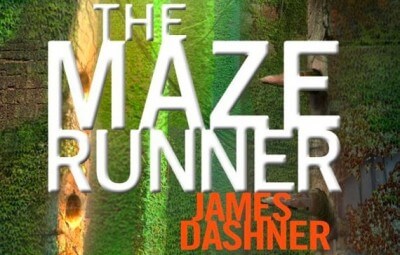 For years, one rivalry has dwarfed all others. No, it’s not The Chicago Bears and The Green Bay Packers or Right and Left Twix. It’s “readers” versus “watchers,” as in those who (gasp) read books and those who (wisely) see movies. Apparently, and this is news to me, you can do both. So says Aksarben Cinema and The Bookworm Omaha. They are partnering up for a book club that culminates in a movie premiere. I don’t understand how these things could possibly join together, but apparently the idea is that you read three different dystopian young adult novels and then watch The Maze Runner on opening night. The Bookworm will have discounted books for club members, and discussions will take place at Aksarben. They’re going to talk about books at a movie theater. My world is crumbling!

Aksarben Cinema not only loves reading, but loves people who teach reading (or anything else for that matter). Seeing as how Nebraska ranks 48th in teachers’ salaries, Aksarben decided to help them by instituting a discount for any educator! This includes faculty or staff of a primary or secondary school, university or college, or a teacher of a home schooled student. Eligible educators can show school ID to get $2 off of tickets, 7 days a week. Sorry you’re vastly underpaid, teachers, but at least you can watch some cool movies!

The Internet has made movie rumor mongering into this swirling vortex of manufactured non-stories. Case in point, a headline this week on several sites read “Jackie Chan Approached About Rush Hour 4.” That literally means nothing. Being “approached” can be almost any mention of a film to a participant. Case in point, I was the person who approached Chan about Rush Hour 4. My approach was, “If you ever make Rush Hour 4, I will start telling people you don’t do your own stunts.”