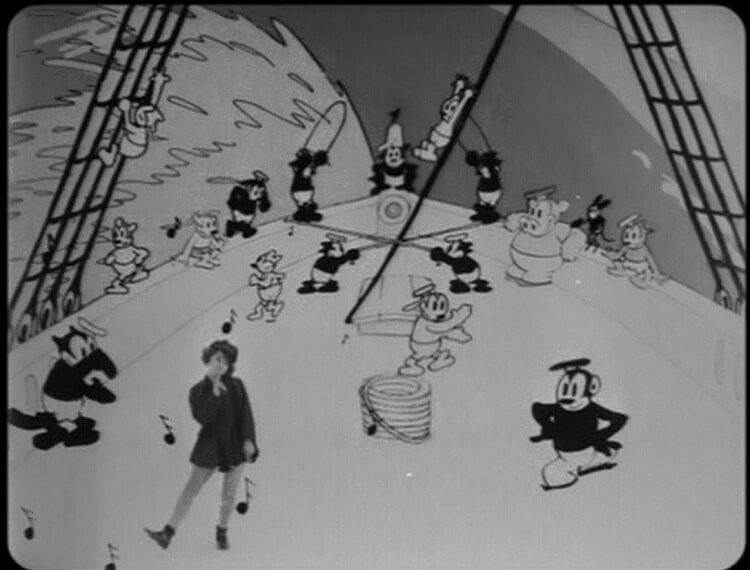 I love it when high-brow and allegedly “low-brow” things get their “chocolate into peanut butter” and “peanut butter into chocolate.” On Saturday, Dec 5 at Film Streams, The New Philharmonic and the Omaha Symphony will present two showings (at 1:30 pm and 3:15 pm) of Disney’s Alice comedies with live scores! Yeah, so it’s the cartoons, but it’s the cartoons all fancy like! The movies are a series of shorts loosely based on “Alice in Wonderland.” Walt Disney produced them early on, back before Disney owned literally everything. Live orchestral music is always phenomenal, but now you don’t even have to imagine mental images to go with them. You can just, you know, look and listen!

“Mystery Science Theater 3000” or (MST3K, as all the sexpots call it) is coming back! This is good news for people who like to laugh. A Kickstarter campaign has resurrected the show. See, not all public-funded stuff is gross garbage or useless! New host Jonah Ray of the Nerdist Podcast will be the human alongside goofy robotic characters mocking bad movies. They still need more money to be able to make more episodes, with the hope that if they make about 12, it will be enough to shop to a network. As someone who used to delight in this programming, I give a big thumbs up to relaunching the Satellite of Love!

Look, we knew it was going to happen. They’re branching the Fast and Furious series into a “universe.” As in, there will be core movies featuring the whole team and spinoffs set in that “world.” I hope one is straight up science fiction and explores how in F&F world, physics are a state of mind and some people can fly. As it stands, I’m amazingly and outstandingly totally indifferent on this. I can only hope that we get a serious, touching picture devoted to Tyrese understand why he really misses his buddy so much…