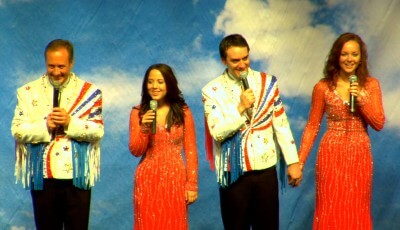 Throughout August, Film Streams at the Ruth Sokolof Theater will lie to fans of Kansas University sports teams. Wait, no, that’s not right. Sorry, it looks like they will be holding screenings of We Always Lie to Strangers and Jayhawkers, with Q&A sessions with their respective directors. You can see where I was confused. On Thursday, Aug 7 at 7 pm, you can catch David Boone Wilson’s Branson documentary, We Always Lie to Strangers, with a Q&A to follow. Then, on Thursday Aug 21 at 7 pm, director Kevin Willmott will be at the theater for a special screening of Jayhawkers, which follows Wilt Chamberlain’s time at the University of Kansas. Looks like August won’t just be a hot month due to our failure to contain our emission of fossil fuels and the subsequent increase in greenhouse gasses that have made summers increasingly dangerous, am I right?

In sort of a bookending to his illustrious career, Robert Redford is set to join the retelling of another “-gate” political scandal dealing with the media. Truth will tell the story of “Rathergate,” which is dumb because the movie should be could Would You, Rather? He will join Cate Blanchett in the exploration of the scandal surrounding CBS News’ handling of George W. Bush’s National Guard service. It was a different time then, when people still asked important questions about stuff George W. Bush did.

A truly delightful but eclectic collection of people I like is surrounding How to Talk to Girls at Parties. Based on a short story by Neil Gaiman, the film will be directed by John Cameron Mitchell (Hedwig and the Angry Inch) and star Elle Fanning. It’s like the producers are just pulling names from my brain at random. So look forward to news that Tatiana Maslany has joined the cast soon!