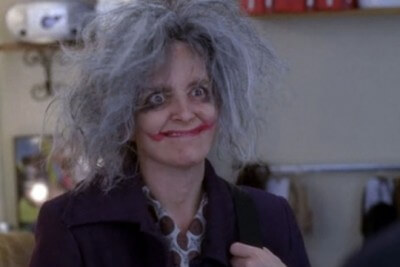 There are two movies whose rabid fandom I’ve never understood: The Goonies and Hocus Pocus. The former has had a sequel in the works as long as Dr. Dre has been promising to drop “Detox.” The latter had a sequel rumor bubble in its cauldron this week, one that claimed Tina Fey was making. Turns out that’s not true. What is true is that Fey is working on a completely independent new witch movie for Disney. So while we wait to see if this new project becomes an inexplicable cult hit, I’m going to start a rumor that it’s a “Teen Witch” sequel.

Word broke this week that The Expendables 3, yes we’ve let this happen three times now, got a PG-13 rating. Fans of the series, yes there are fans of the series, have expressed dismay, as the only reason anyone watches is for ridiculous R-rated violence. Sadly, this is in no way a reflection on a decreased level of carnage in the upcoming murderfest but an indication that the MPAA ratings board has slouched so far ethically that they will let exploding heads be seen by adolescents. Say a bad word or show a boob though? Whammo! R-rating!

If you’ve never seen a movie from Japanese director and madman Takashi Miike, news that one of his films is being remade into an English-language film may make sense. However, if you’ve seen Audition, the film in question, you probably just did a spit take with whatever beverage you were consuming. The thought of anyone being able to scrape enough of Miike’s whacked-out shock-and-schlock off of that film to make it palatable to American audiences is just hilarious. And by hilarious, I mean whoever is thinking of making this should ask Spike Lee how his Oldboy remake went…