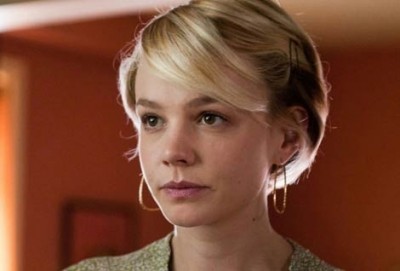 The only thing more difficult than pronouncing writer/director Nicolas Winding Refn’s name is figuring out why he likes working with Carey Mulligan, whose acting approach is “method mannequin.” Still, the two are likely pairing up again for I Walk With the Dead, which is being billed as an “all-female horror film.” This news is probably conflicting for Refn’s frequent leading man, Ryan Gosling. On the one hand, he probably can’t be in the film. On the other, his feminist meme has some great new ammunition!

Having slipped through the greasy fingers of scores of would-be writer/directors, the cinematic adaptation of Stephen King’s The Stand has oozed its way into the lap of Josh Boone, who just directed The Fault in Our Stars. Optimistically, Boone is talking up his vision. Boone says the film will be R-rated, three hours long and packed with big names. Translated into English, that means the film will be canceled.

How quickly the turn tables have turned. When I heard they were going to remake The Magnificent Seven, which was itself a remake of Seven Samurai, I thought “pass!” Then I heard director Antoine Fuqua was involved, and I thought “meh.” Then they said Denzel Washington was interested, and I thought “okay.” Then they revealed the script was by “True Detective” creator Nic Pizzolatto, and I thought “Nothing matters in my life more than seeing this film.” Priorities, people.

You can thank Maleficent. The new thing these days is live-action takes on animated fairy tales. So in addition to the forthcoming Cinderella and Jungle Book, we’re now getting Beauty and the Beast and another Snow White and the Huntsman movie. Director Bill Condon, who wore out my good vibes toward him when he did the last two Twilight movies, is going to helm Beauty. That’s whatever. But rumor has it they are trying to get Frank Darabont to do the Snow White sequel. Please don’t let this happen. I don’t want to want to see it.