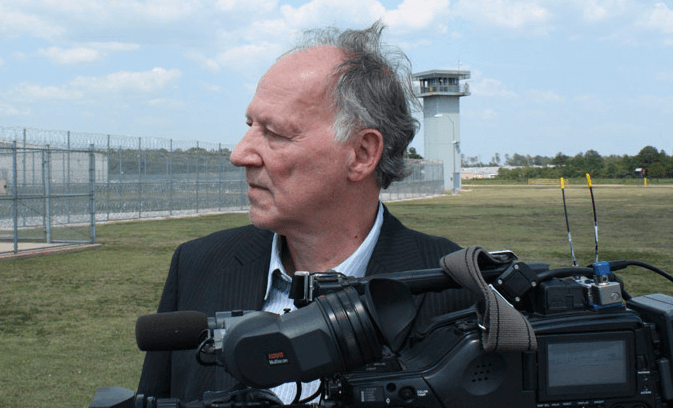 Werner Herzog is one of my favorite things about life on earth. He’s only a badass documentarian who once completed an interview after being shot because “it was not a significant bullet” and cameoed on “Parks and Rec.” I’m beyond stoked that on Wednesday, April 22 at 7 pm, Film Streams and the University of Nebraska Omaha’s Grace Abbot School of Social Work will present a free screening of Into the Abyss at the Ruth Sokolof Theater. It’s Herzog’s exploration of the death penalty. This man does not pull punches in his quest for ecstatic truth. There’s a panel discussion afterward. I can’t imagine how wild that could get. If only Werner were there himself to say something slightly scary but awesome in his thick German accent. “I like Omaha. You people understand death.”

Listen, hear me out on this next bit of news. Keanu Reeves and Jim Carrey just signed on for The Bad Batch, a “cannibal love story” set in Texas. I know, I know, you’re thinking “great, another cannibal love story.” This will be different though! All jokes aside, it’s gonna be good. No, for real! The director, Ana Lily Amirpour, had an absolutely breathtakingly good first feature, A Girl Walks Home Alone at Night. That movie was so cool and stylish that I’m 100% in for whatever is next. If you choose to spend that goodwill on Reeves and Carrey eating people for love, I’m there. Once…

If you want to know why I hate the living crap out of Interstellar, one of the core reasons is how good the movie could have and should have been. If you have a chance for a long read, check out Slashfilm.com’s write-up of all the differences between Jonathan Nolan’s bad-ass, brilliant original script and the pile of doo-doo poopy that his brother, Christopher, turned it into. What I love is that I now think Jonathan believes this too (maybe not to my doo-doo poopy extreme)! At a speaking engagement, a physicist asked him what exactly happened at the end of the film. Jonathan responded “you’ve got the wrong brother.” Now, clearly he was just being clever and playful. But I think there’s some core truth to what he said. Maybe I’m just projecting my rage. I’m good with it either way.