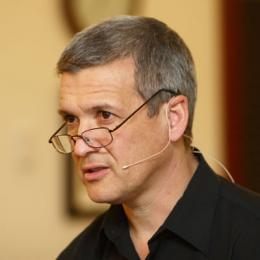 Kids grow up so fast these days, you know? One day Aksarben Cinema is just opening their doors, the next they’re working to keep the Rwandan genocide a part of our collective memory. It seems like just yesterday, little Film Streams was a baby nonprofit. Now they’re engaging in community discussion about important queer narratives and analyzing Shakespearean masterworks. Why, they’re going to be driving and going to prom (hopefully together, fingers crossed) before you know it!

What’s that? Oh, right. Details and such…

–Aksarben Cinema will be hosting Carl Wilkens on Monday May 9. Who is Wilkens? Oh, you know how we know all sorts of famous fictional movie heroes? He’s just like that. Only instead of fighting aliens, he saved hundreds of lives in Rwanda during a horrific genocide. At 7 pm, a screening of I’m Not Leaving, about Wilkens’ experience begins, followed by both a Q&A and book signing. The event is $15 for adults, $7.50 for students, hasn’t happened yet and is already worth every penny. Why? Because the awesome humans involved are giving all the proceeds to the Educators’ Institute for Human Rights. See why I’m so proud of these young whippersnappers?

-Then, at Aksarben Cinema on Wednesday, May 25 at 6:30 PM, the Social Justice Education Network will present The Mask You Live In, a frank and open documentary about masculinity, which has been pretty much the worst thing ever. Followed by a moderated dialogue, the film explores the various gender stereotypes by exploring neuroscience, psychology, sociology, sports, education and media. It’s about trying to unpack and deconstruct toxic masculinity. And I applaud the group for bringing the film and Aksarben for having them, but would also like this to be paired with Mad Max: Fury Road, which is pretty much the cool mic drop on the subject.

-Because parents love children equally, let me brag about my other little one: Film Streams is doing a great repertory series on Ingrid Bergman. Fun fact: The G in Ingrid stands for “goddamn” and the G in Bergman stands for “genius.” From May 18 to June 8, you will be treated to goddamn genius works: Spellbound, Notorious, Autumn Sonata, Ingrid Bergman – In Her Own Words, Journey to Italy, Gaslight, The Bells of St. Mary’s and, you know, Casablanca. You know how you’ve told everyone for years that you’ve seen Casablanca and lied? Or how you have seen it, but not in a theater. You run out of excuses May 20, 21 and 25. Pick one. Or two. Or all three.

-On May 19 at 7 pm, Film Streams is bringing Take Me to the River to the Ruth Sokolof Theater. The director, Matt Sobel, who shot the film near Loup City, NE, will do a postshow Q&A to discuss the drama about a gay teen coming to Nebraska for a family reunion. Protip: Gay teens coming from California for family reunions in Nebraska have a lot on their mind… The drama has been praised as “intense” and “a twisty trip down the rabbit hole of familial dysfunction.” So basically every Christmas I’ve ever had.

-I’ve saved the bard for last. Film Streams is bringing Chimes at Midnight, a collage of Shakespearean characters and plots from some hack named Orson Welles to their theater for a one-week run, from May 6-12. Even cooler, on May 11 at 7 pm, University of Nebraska at Omaha theatre program coordinator D. Scott Glasser will introduce the film. No pressure, Mr. Glasser, but I once did that and introduced Pulp Fiction. I’m not saying there was a standing ovation…because there wasn’t. So good luck!