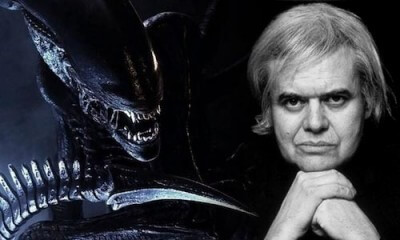 – Here’s the thing: I don’t really care what Zach Galifianakis and Will Ferrell choose to make a movie about, only that they’re teaming up again. The Make-ya-pee-your-pants Pair (feel free to steal that, guys) aren’t doing a sequel to The Campaign, but they are doing Larry’s Kidney. What’s fascinating is that the director, Richard Linklater, is known more for sly, subtle, heartbreaking dramedies than goofy schtick films. Does this mean Galifiankis and Ferrell will have to, you know, actually try to act this time?

– I like Dave Franco. You get all of the angular, pretty boy good looks of his brother James with only about 50% of the self-entitled pretentiousness. Looks like Sony is a fan too, as they have bought the rights to The Intern’s Handbook with the intent of making it Davey boy’s franchise. It’s about an agency of assassins who put their killers into major corporations. Maybe you’re right to be suspicious of the new guy in accounts payable…

– Reminder: Just because you own the rights to a comic book character doesn’t mean you have to make a movie out of it. Universal is supposedly mulling a Namor movie. If you’re asked “Who is Namor?” this is why they shouldn’t make a Namor movie. Namor is basically Marvel’s version of Aquaman, only with more exposed man boob and a widow’s peak. He also has these adorable wings on his ankles for no discernable evolutionary reasons. If any of that made you want to see this movie, this is why they may make a Namor movie.

– If you hadn’t heard, H.R. Giger died. He was 74. The crazy, nightmare-inducing artist is perhaps best known for creating the design of the alien in Alien, but his work influenced so many films it’s truly remarkable. His indelible work will endure but, as a friend pointed out, for the first time in ages, there is an opening in the genital-inspired, slimy monster designer market.