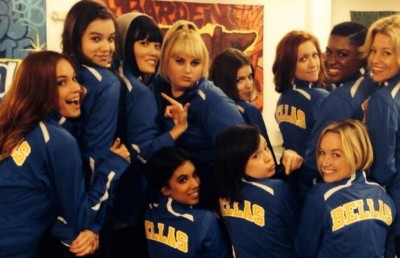 Aksarben Cinema (aksarbencinema.com) cares about the well-being of little ones. I don’t mean Smurfs or Fraggles, though to be fair, I bet Aksarben would be sympathetic to those multicolored wee ones as well. Once again, the theater is hosting the Free Family Flicks, which are flicks for families that are free. Doors open at 9:30 am on Saturdays starting on May 31 with the first film, Despicable Me 2. That film comes from an era when Pharrell’s music was fun and fresh and not absolutely everywhere: the era of last year.

Quentin Tarantino has never met a rumor he couldn’t start. The latest is that he has 90 more minutes he’d like to wedge back into Django Unchained, making it into a 4-hour epic he’d prefer to show as a miniseries. Oh no, QT. Not again. You’re like Lucy playing football with Charlie Brown. Just like with your rumored megacut of Kill Bill and the western you may not ever shoot, The Hateful Eight, you’re going to get my hopes up and break my heart again. I know this won’t happen. Probably. Maybe. But it would be so cool if…DAMMIT, TARANTINO!

Gareth Edwards, fresh off the monster debut of Godzilla (see what I did there), has been signed on as the direct of the first live-action Star Wars spinoff. We don’t know what the spinoff is yet, so the Internet is rapidly making things up. Fingers crossed someone at Disney got my Porkins fan fiction.

Skylar Astin and Ben Platt are returning for Pitch Perfect 2! Okay, I realize that means very little to most people. But if you’re a Pitch-head that’s aca-obsessed with the first film like…my friend is…you’ll notice that the whole cast is officially back! Still, the important thing to remember here is Anna Kendrick. Never forget Anna Kendrick.