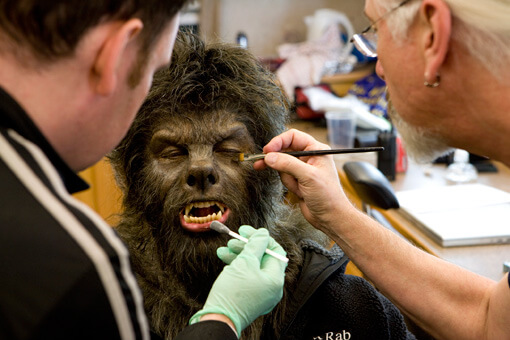 If you love the movies, you’re gonna hate this news (which will need no further explanation): Rick Baker is retiring. For those who don’t know, Rick is the practical effects mastermind who has done everything from Star Wars to Michael Jackson’s “Thriller.” With CGI seemingly everywhere, Baker hasn’t had as much of the kind of work he enjoys, so he’s hanging up his fake blood and face paints. Mad Max: Fury Road may have proved CGI is still the little brother to awesome, real-life stunts, but CGI makeup is here to stay. The nice thing about having a big filmography is knowing you’ll live on through your work. We’ll be marveling at Baker’s magic forever.

If you didn’t see Edge of Tomorrow, I blame the marketing. The film was named, renamed and re-re-named, even after it came out. I don’t know what executive secretly hated this movie, but my money is on the one who isn’t a Scientologist. At any rate, the director and star of that film, Doug Limon and Tom Cruise, respectively, are teaming up again for Mena, which is about a CIA recruit who brings down a communist threat in Central America. It’s likely to be renamed CIA Kaboom then Kill the Commies then just a series of emojis.

“We need more Transformers movies,” is a thought that only executives, friends of Michael Bay and fans of robot-on-robot pornography have thought. But we’re getting more anyway. The latest rumors say they are creating a “Marvel-style connected universe,” which is impossibly stupid unless they are finally crossing over with GI Joe, which I will allow, especially if one of the robots eats The Rock.