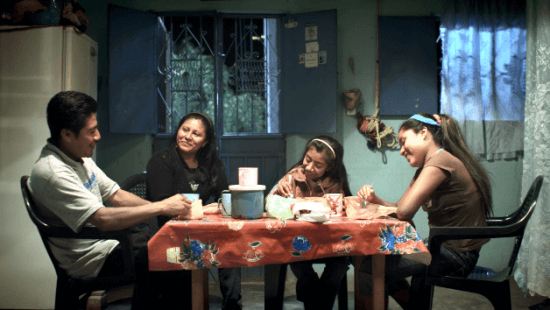 You’re missing it! Sorry, but you are! Creighton University and Film Streams are showing a series of Spanish films, hosted by the Latin American Studies Initiative at Creighton. Our publication schedule means you only have two more chances to see this awesome series! On Sunday, Nov 15 at 7 pm in the Harper Center, Room 3048, you can see Aquí y Allá (Here and There). It’s about an immigrant who leaves New York to return to Mexico, or what Donald Trump calls “My wildest dreams come true because I’m a horrid unperson.” On Sunday, Nov 22 also at 7 pm and in the same room, you can see Asier ETA Biok (Asier and I). It’s about two friends who go down just slightly different paths. One becomes an actor and the other becomes a terrorist. All of these are free. I should have led with that, huh?

Also at Film Streams, you can catch a one-time screening of The Homestretch. It’s free! Whew, remembered to do that early this time. On Tuesday, Nov 17 at 7 pm, the Ruth Sokolof Theater along with Youth Emergency Services will screen this important documentary about homeless teens. This isn’t a coincidence, but November is National Youth Homeless Awareness Month. There will be a panel discussion after the film, during which time you will learn how insignificant most of your problems really are as you consider what life on the streets is like for young people. Hooray for perspective and also, hopefully, some activism!