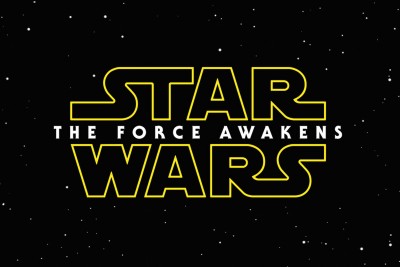 The wait is finally over! The new Star Wars is here! Wait, sorry, the new Star Wars title is here…my bad. We no longer have to call it Episode VII, which is great for people who hate Romans and numerals. The new moniker is, wait for it…The Force Awakens. Oh. Okay. That’s…alright. I mean, it’s no stinker like The Phantom Menace or Attack of the Clones but it does sound like the Force ate a big Thanksgiving dinner and had to lay down for a while, only be stirred by the aroma of Aunt Betty’s delicious cobbler.

Because we can’t have nice things, there’s going to be a Toy Story 4. Yes, really. Despite having composed a beautiful, nearly symphonic ending to a trilogy about letting go of the physical things that made us children while retaining the sense of wonder, Pixar and Disney were like “Dollar dollar bills, y’all! Mommy and daddy need to get paid!” No word on plot, but if it were me, I’d make it all about adults selling things that were once beloved for money they don’t need.

We can reboot it. We have the technology. We can make it dumber than it was. Dumber, more expensive, sillier. This is my proposed mantra for the remake of “The Six Million Dollar Man,” titled The Six Billion Dollar Man because, you know, inflation. Marky Mark Wahlberg will play the man nearly killed in an accident, only to be reconstructed into a powerful cyborg. Peter Berg will direct, so have faith. After all, he’s the guy that directed Battleship.

Despite having drastically fallen off, I still have faith in Judd Apatow. Now comes word that he is pairing up with Laura Dern for an untitled comedy about female football fans, to be written by Pam Brady. Because nothing says “hilarious” like women and the NFL right now… Unless this is a scathing indictment of that organization’s willingness to complicity and explicitly contribute to an overwhelming epidemic of violence against women, Apatow can keep his feel-good schmaltz to himself.