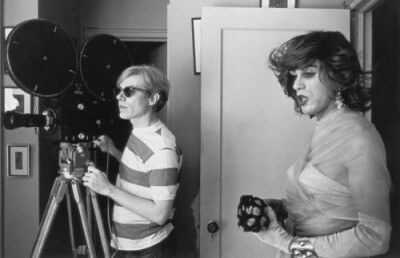 Known primarily as a painter, Andy Warhol also made movies I mostly don’t understand or appreciate. If you feel like seeing whether you can get what the semi-whacko artist was doing with his cinema shenanigans, head down to Film Streams’ Ruth Sokolof Theater starting Nov 30. “Films From Warhol’s Factory” is a series presented in collaboration with Joslyn Art Museum to coincide with their Warhol exhibition “In Living Color,” which happily does not feature Jim Carrey. For a complete list of the wildly weird films featured and showtimes, head to filmstreams.org.

The guys who wrote Dracula Untold are trying to make Lost in Space happen again. Despite the Matt LeBlanc/Heather Graham/Gary Oldman abomination that should have rendered the property unusable for the rest of time, Matt Sazama and Burk Sharpless are trying it once more. Unrelated, but Burk Sharpless sounds a lot like a fake name George Constanza would use.

I had a lot of problems with Blue is the Warmest Color, ranging from a male gaze applied to lesbian sexuality to the bloated nature of the endeavor. What I did not have a problem with was Léa Seydoux, who was phenomenal in it. This makes me excited for the fact that she will be the newest “Bond girl” in the next installment. Thankfully, there won’t be any of the concerns I had about her previous film, as we all know that 007 movies handle all female characters with the utmost respect.

There is good news about the fact that the Rush Hour film franchise is becoming a TV series on CBS: They likely won’t make any more Rush Hour movies. The TV network just ordered up a pilot of the possible series, which will presumably be handled with the same racial and cultural sensitivity you’ve come to expect from the people behind “Two Broke Girls.”