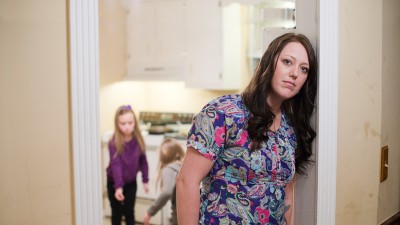 As is evident by the vile predatory practices of “paycheck advance” lending companies, many of us ain’t exactly livin’ high on the hog right now. Film Streams at the Ruth Sokolof Theater feels you, bae. That’s why they’re partnering with Women’s Fund of Omaha and Coalition for a Strong Nebraska to bring you a free screening of Paycheck to Paycheck on Tuesday, Oct 28 at 7 pm. The film follows a working single mother over the course of a year as she is faced with harrowing decisions like choosing medicine for herself or taking care of her children. If I could Clockwork Orange the 1% elite by toothpicking their eyelids open and forcing them to watch this, I would. Instead, I’ll just tell you that there’s a panel discussion after the screening and you can get more details at filmstreams.org.

It used to be that a person would have an idea for a movie and then make that movie. Now studios come up with a need for a movie or a sequel for a movie and then scramble to make something up based on a title or property. That was my fear for Bill and Ted 3, rumors of which just won’t die. So color me surprised that Bill himself, Alex Winter, actually has a fairly awesome conceit for the film: he and Keanu Reeves’ Ted never got around to saving the world. That’s actually pretty great. Combine that with the proposed director, Dean Parisot of Galaxy Quest fame, and this may indeed be excellent.

Nacho Vigalondo is among my favorite weirdo directors. From the twisty Timecrimes to the dark comedy Extraterrestrial, his work is always a combination of odd and engaging. Combine that with my lifelong love of practical effects and monster movies, and you can understand I’m stoked that he has written an old-school, Godzilla-style “kaiju” monster movie that won’t rely on CGI. I’m all for spectacles like Pacific Rim¸ but my heart grew three sizes at the thought of a new, cheesy-fun “man-in-suit” monster movie.