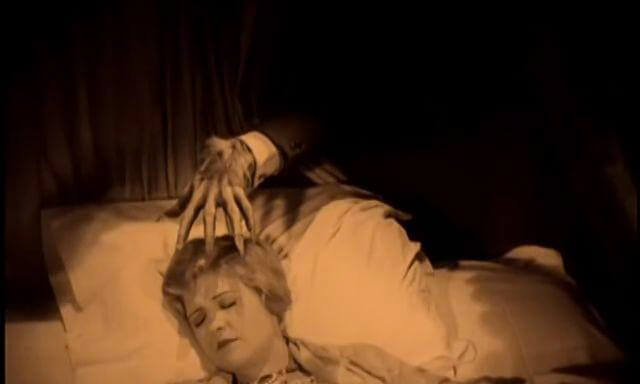 Lament the lack of new releases all you want: as of right now there are 899 titles available for instant streaming on Netflix in the “Horror” genre. There’s a lot of amazingly bad looking stuff on there of course, but for every Bachelor Party in the Bungalow of the Damned, there’s at least one Vincent Price or Bela Lugosi movie to be found.

Under the weight of such a diverse catalog, my plans for a nice little list of the best Instant Watchables for Halloween quickly devolved. Every glance at the films on offer seemed to lead to a new question. What about all the old Universal Studios monsters? What about Asian horror? What about zombies?

So here’s what I’ve ended up with: a meager, unranked list of five of my favorite Halloween-ish movies available for streaming right now from the depths of Netflix, with an intentional avoidance of better-known fare (Evil Dead, Scream, etc). With that, and the above questions, in mind: discuss, dissent, add to the list! And happy halloween!

The Fog (1980) Though not nearly as popular (or as good) as 1978’s Halloween, John Carpenter’s The Fog is still totally worth a watch. Even in spite of this synopsis: the residents of a small coastal town defend themselves against a persistent fog bank that carries ghostly/bloodthirsty/faceless pirate-ish guys within it. Sounds awfully goofy, but Carpenter is as solid a filmmaker as they come, and this thing gets as tense as his best and better known work. Notice how selective he is about when and when not to pop in that creepy score.

Deep Red (1975) A major influence on Halloween, the granddaddy of all slasher pictures, Dario Argento’s masterpiece follows a pianist (David Hemmings) investigating the murder of his psychic neighbor. It drags and droops in spots, but the sound, colors and atmosphere of it all is gripping. The version available for streaming was less-than-expertly dubbed into English from the original Italian, which takes a bit of getting used to.

The Perfume of the Lady in Black (1974) This is one of those rare titles where you get a good sense of the situation by glancing at the Netflix member reviews: several four and five-star ratings, along with several lines like “what the hell was this movie about?”. I can’t quite answer that either, but I can confidently say, for better or worse, that Perfume is even weirder than Deep Red, with half the blood and twice the sex. It’s essentially the story of a fragile girl, played by the one and only Mimsy Farmer (there could only possibly be one Mimsy Farmer, right?), who falls face-first into madness.

The Cat and the Canary (1927) I’m a sucker for haunted house movies, and this is the primordial one. In it, a hairy-pawed killer creeps around an old mansion full of family riches and greedy potential-heirs, and tries to strangle his way into some money. The Hollywood debut of German Expressionist director Paul Leni (Waxworks), this silent is thoroughly entertaining and remarkably atmospheric, even if it is a little heavy on the comic relief and light on the actual scares.

The Fly (1986) In The Fly, one of David Cronenberg’s most famous pictures, the consistently strange Jeff Goldblum plays a consistently strange scientist experimenting with teleportation. Geena Davis is his reporter girlfriend who watches it all go wrong. Extremely gross and just as funny, The Fly is the blackest of black comedies, with a painfully tragic edge. The fact that he cast Goldblum in this role is all the proof I need of Cronenberg’s genius. No one on earth delivers lines the way that guy does.