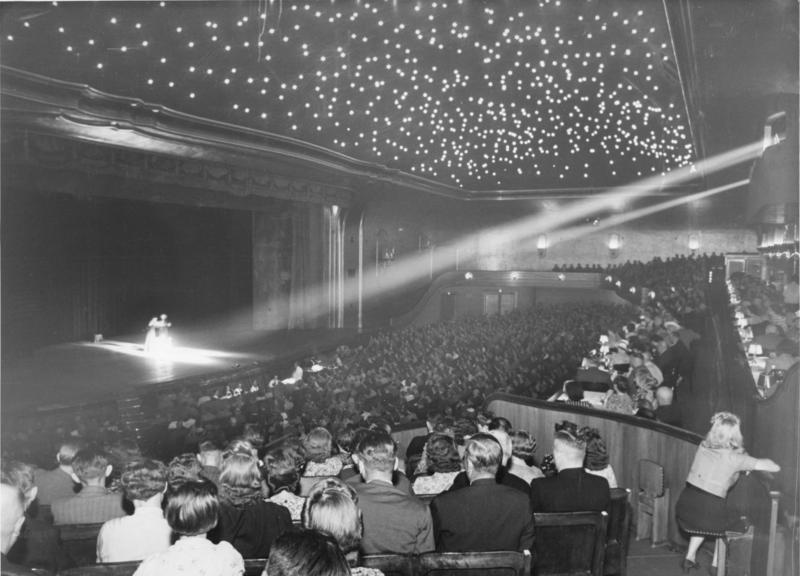 Apparently, a fun thing to do if you love movies is to talk about how much you hate new movies. A paradox? Obviously. Grating? Yeahsureyoubetcha. A daily occurrence? At the very least.

Cut open my trunk and count the rings in this old tree, and you’ll find me no longer a spring chicken. I’ve been reviewing movies for approaching 15 years now. My critical experience is almost old enough to attend Blue Is the Warmest Color by itself. And yet, I am no curmudgeon, at least not in this area. While Film Twitter gnashes its teeth and some of the whitest—er, sorry—brightest minds pen obituaries that proclaim “The Death of Cinema,” I find myself ever the optimist.

Respect for the past is healthy. Submitting to its supremacy is a logical fallacy. I believe any opinion worth having is worth defending openly and publicly. So, in my best John Wick voice, let me declare “Yeah, I’m thinking I’m back (to being a dick).”

I firmly and completely acknowledge the influence and pioneering nature of movies predating the modern era (after 1980). But just as we don’t look lustily back on covered wagons and butter churns, there’s no reason to yearn for poor acting and ganky effects. Because much of fuel in the red-hot oven of modern cinematic discontent has to do with misplaced adoration for the films of yesteryear, let’s tackle this bullshit head on.

“You probably haven’t seen (fill in the blank).”

First off, the problem isn’t that stuff like Casablanca, Citizen Kane, The Bicycle Thief, Breathless and 8 ½ are used as verbal cudgels in film debates; it’s that they’re exceptions and not rules. Whenever I dismiss older films as a wider group, a move considered classless and gauche despite the willingness of others to do the same thing to newer films, people assume it’s out of ignorance. I feel a bit like Brad Pitt’s character in Fight Club, when Ed Norton tells him he’s missed a clever thing. “Oh no, I got it.” Oh, I’ve seen the older films. I may not name-drop them in the hopes of greasing underpants with my super cool movie-watching creds, but I’ve seen them. If only to shut people up, I’ve seen them…

Maybe my naked dissent owes to all the posturing. There came a point where the very invocation of names like Fellini, Bergman or Godard made me all barfy, owing exclusively to film bros who exchanged knowledge of those directors for actual opinions or personal taste. I am not suggesting that Those Who Came First aren’t owed a debt of gratitude. They are. And not just the art house pioneers but the mainstreamers like Capra, Welles, Wilder, Hitchcock and Keaton. All of those men forged a path. All of those white men, all of those straight white men … but we’ll get there.

The baby of the Artistic Expression family

Before we get to that more crucial point, let’s do a quicker takedown, shall we? The first time people charged audiences to see movies was in 1895, when Woodville Latham and his sons did it. Latham was, of course, an ordinance officer in the Confederacy during the Civil War. Given Birth of a Nation — the one that’s awful because it’s racist, not the one that’s problematic because it’s made by a (likely) rapist — and Latham’s contributions, I’d like to remind you that there’s still plenty of room on Team New Movies.

Given that timeline, it’s been just over 120 years since cinema existed in anything resembling what we know now. It’s been less than 90 years since The Jazz Singer incorporated sound into movies. Color wasn’t common until even later than that. So, at best, movies have used the entirety of their artistic potential for less time than some grandparents have been alive. And we think that somehow, right out of the gate, more got it right than wrong? Or that we haven’t been steadily improving in our understanding of how to use all of these tools? Hmm.

There is an enjoyment to be gleaned from watching the discovery of a new medium. Seeing artists find initial boundaries can be adorable and endearing. It’s like watching a baby fumble with a cardboard box or bang pots together. What’s that? It’s kind of annoying after a little bit? Hmm.

“We can rebuild it, we have the technology”

Movie acting is not like theater acting. The stage requires big voices, big faces, big costumes and so on. Cinema performance is best when implicit and subtle. The talents of theater are, in a sense, wholly in opposition to the talents of screen. The stunted, unreal way in which dialogue is delivered in older films owes itself to that as much as to the inability of early screenwriters to understand how their content should differ. New movies sound more “real” because writers have had longer to distinguish themselves from stagecraft. Actresses and actors in new movies have had training, both explicitly and through being surrounded by examples, in how to best use the medium. In the way that people don’t point to cave painters as better than French Impressionists, it’s patently insane to suggest that people just getting a feel for how this shit works did a better job than those an understanding of the increasingly better tools.

In terms of music, film had an early identity crisis. Movie scores had to learn to compete with voices, once the latter shoehorned their way into the cinema space. Now, the best musicians of our time slide into and out of movies via soundtracks or composed songs. In terms of cinematography, cameras just keep providing greater and greater potential. From Kodak’s 8 mm in 1932 to its Super-8 in 1965 to the RED camera, which launched the digital filmmaking era out of a canon, the images are still getting bigger and clearer. And let’s not even talk the differences between the charming — and that is not condescending — early days of con-job special effects and today’s jaw-dropping ability to make whatever the shit comes into somebody’s head look photo-realistic.

The potential of the art form just keeps stretching. The knowledge of how to use the art form only gets stronger. The art form, which is still so much younger than its sisters and brothers — painting, writing, dancing, singing — reaches ever higher. How, other than the seduction of nostalgia and the superiority of claiming to have imbibed and enjoyed things younger people couldn’t have, could anyone argue “older is better?”

We remain woefully inadequate in the space given to directors/performers/writers/producers/etc. who are not straight cis white men. But those voices are, at the very least, no longer completely silenced. The farther we get away from Birth of a Nation — the Klan one, not the “can you believe this asshole did that to that woman” one — the better off our art form is. The farther away we get from the Confederate officer who first showed movies for money in America, the better off our art form is. The Reverend Dr. Martin Luther King once rightfully said “Human progress is neither automatic nor inevitable.” It’s not “for sure” things will or have to get better. But progress still takes place in the “new” and not the “old.” Yes, there are powerful, important older movies that mark watershed moments in pop culture progress. But you cannot argue that every year you inch backward on IMDB, it gets thinner in terms of marginalized groups that are given a voice.

We need Kelly Reichardt, Barry Jenkins, Lexi Alexander, Dee Rees, Laverne Cox, Ryan Coogler, Clifton Collins Jr and on and on and on. You can argue with me about the excitement and importance associated with New Hollywood or any (Insert Country Here) New Wave movement. But you can’t argue against the vitality and depth of the names I just mentioned and many more that I didn’t. Those voices, those long-silent voices, only really live in new movies. My hope is they won’t just live there, but that they’ll thrive.

I have and will continue to offer a two-for-one deal: You give me a movie that you loved prior to 1980, I will give you two that achieved something similar or better since then. In terms of content and composition, in terms of form and function but, most importantly, in terms of who is allowed to participate, new movies kick the shit out of old ones.

Come at me, bruh.