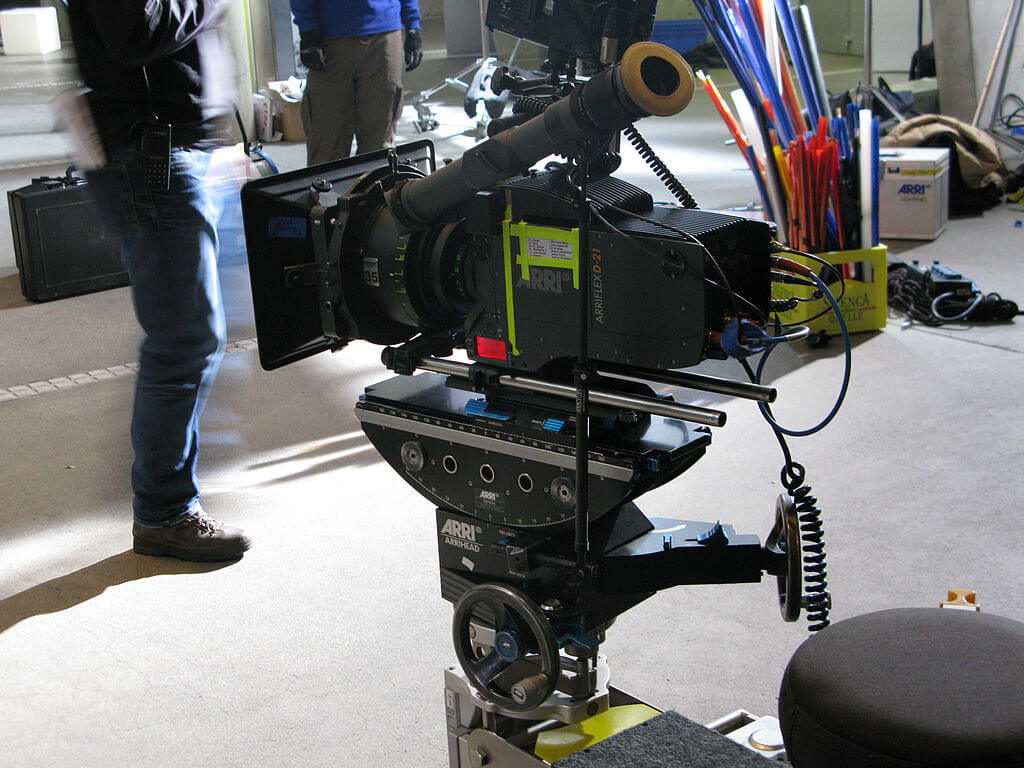 At the 2014 Cannes Film Festival, writer/director Quentin Tarantino, world-renowned for his even-keeled temper and responsible rhetoric, calmly declared “Cinema is dead.” Surprisingly, this was not a reference to his then-upcoming 2015 film, The Hateful Eight. Instead, he was referring to digital projection, which is also not a reference to the projected middle digits on my hands that I wished to show him after seeing The Hateful Eight. It’s not only the foremost filmmaking foot fetishist who feels that recording and displaying movies digitally is weaksauce; Richard Linklater, Christopher Nolan, Martin Scorsese and countless others have demonstrated a continued passion for shooting on film, although most have done so with more restraint than the paragon-of-self-control that is Quentin Tarantino.

Technological advancements and filmmaking have been and will be as intertwined as the NRA and the stoking of irrational fears or Bill Clinton and literally any woman within his line of sight. Arguably, the bedrock of filmmaking and movie consumption is currently undergoing a foundational, fundamental seismic shift. Digital quakes are shaking and rearranging every layer of how movies are made and released. So let’s take a look at the cultural Richter scale as we assess the affected areas.

Epicenter One: Stock-zilla vs Camera

Cinematographers, the people who work stupid hard to make a film look beautiful only to have everyone misguidedly give the director sole credit for it, have had a wide-ranging reaction to the shift from film stock to digital recording and projection. In 2015, Hoyte van Hoytema (Interstellar) told Hitfix.com “The debate itself [film vs digital] is just stupid, you know?” His thought, understandably, is that the choice to shoot on film or digital is solely about artists determining the right tools for their specific project. Or, as he much more eloquently put it, “Some people like painting with oil paint and other people like painting with acrylic paint and other people like painting with cow shit, you know?” Finally, some good press for bovine-feces enthusiasts.

As a lot, filmmakers are generally early adopters of tech, endowed with a pioneering willingness to hobble together whatever tools are available to MacGyver whatever is in their head into the eyeballs of others. From greenscreens to CGI to whatever holographic tomfoolery is next, cinema and innovation are not the antonyms Tarantino pretends them to be. Listening to genius artists like Bradford Young (Ain’t Them Bodies Saints, Selma, Arrival) talk about how digital recording allows for “radical” visual approaches sure makes it sound like the sturm-und-drang wailing and gnashing of teeth from certain artists is about something else…

What if I told you it—gasp!—is really about something else, at least somewhat. The digital revolution is a democratic one, something we’ll talk more about in terms of distribution below. The loudest voices lamenting the digital revolution are, unsurprisingly, wealthy white men. That is, in part, because Hollywood operates under a “fallacy of merit” that pretends women and people of color have yet to earn their place in the industry when they’re actually barred by an invisible wall that would make Trump salivate. Digital filmmaking is cheap. Anyone can do it. You can do it on a phone. Hell, you can do it well on a phone (see Tangerine). Film stock is expensive. The production surrounding film stock is expensive. Projecting film stock is expensive. I have no doubt that the most vocal detractors of digital production do not see their support of celluloid as coming from a position of privilege, but it absolutely does. Demeaning movies that are shot on digital as glorified TV, as Tarantino explicitly does, is essentially telling creators unfairly boxed out of lavish studio funding that they can’t make “real” movies.

Luckily, the digital revolution is an unstoppable juggernaut, bitch. Various theaters, like The Alamo Drafthouse, will always provide havens for celluloid-only obsessives to show their work. The only actual losers in this game-changing shattering of film’s Pangea into digital continents are whiny man-babies who have the mental space to consider this a meaningful issue when it isn’t.

Epicenter Two: Every Movie Has a Red Carpet Premiere if Your Carpet is Red

I sincerely promise, this whole thing isn’t a long, angry screed against Christopher Nolan. He just says a lot of dumb shit is all.

During the press designed to whip up attention for the just-okay Dunkirk, Nolan trashed the Netflix strategy of releasing movies on their service without a specific time carved out for a theatrical run. Speaking to IndieWire, he described Netflix’s strategy of immediately making the films that they pay increasingly gigantic piles of money in order to distribute as “mindless.” The Atlantic was super-duper nice to Nolan, representing his argument that same-day digital distribution is dumb and bad as him “arguing for a model that’s inclusive of both [theatrical and home video] experiences.” Yeah, that ain’t what he said though…

Nolan praised Amazon’s practice of offering a 90-day window, in which theaters only are able to show a movie, as “a perfectly usable model” and “terrific.” It is categorically wrong to see that as him suggesting theatrical and home video experiences are both valuable. He was explicitly praising only the part with the theaters. Filmmakers like Nolan and buttloads of critics—yes, that is the scientific name for a group of film reviewers—believe seeing a movie in a theater is literally the only “real” way to see a movie. You think I’m kidding? Folks like IndieWire’s David Ehrlich have twisted themselves existential about this nonsense. Ehrlich asked, “If a movie premieres on Netflix, is it still even a movie?” Ehrlich then also answered himself, stating “Movies—at least for the time being—are simply things that play in movie theaters. It may seem like a matter of semantics, but I think we’re talking about qualitatively different experiences.” You’re right, David, it’s not just a matter of semantics; it’s a matter of privileged semantics.

As someone whose tush imprint is etched in countless local theaters, it’s safe to assume I prefer watching movies with an audience in an auditorium. But that’s a personal preference I am lucky enough to be able to afford, both financially and time-wise. The divine Ava DuVernay tweeted at Nolan after his poo-pooing of Netflix, asking “But, what if there’s no movie theater in your neighborhood?” She could have also asked “What if you work so much, you don’t have time to see movies in the theater?” or “What if you can’t afford tickets?”

The streaming services are, again, soldiers on the frontlines of digital democratization. They make it so that cinematic art is affordable and available. Is it the same, glorious experience as watching something in a theater? Nah. But just as the impoverished in Shakespeare’s era were permitted to at least partake in the blockbusters of their time by snapping up shitty groundling tickets, digital outlets reduce the time and burden of traveling to a theater (something able-bodied folks rarely factor into the movie-watching equation) and financial cost. I respect artists who desperately want their messages to be heard. I struggle with artists who only want their messages to be heard by those who can afford to do so.