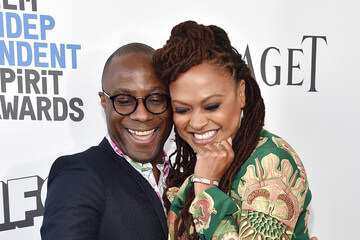 Beyond the delightful oceans of tasty, tasty tears wept by whiny dudes whenever a non-hetero, non-white non-bruh picks up a lightsaber or kicks a supervillain’s nards, diverse casting in films and TV is vital. As I mentioned in last November’s diversity-themed issue of The Reader, a piece written right before white supremacy ate a Super Mario mushroom in the form of Trump’s presidency and became too big to deny anymore, our visual storytelling shapes reality as much as it reflects it. Seeing actors of color in key roles, disabled characters with agency and non-binary/LGBTQ individuals on the small or big screen can feel like a deep gulp of oxygen to those Americans suffocating in mainstream silence and can continue to enlighten even the most well-intentioned members of the privileged majority.

It’s just, you know, not enough.

I’m lucky to be surrounded by compassionate people far smarter than I am who remind me—often with well-deserved memes, mockery and dirty words—that so-called diversity is often little more than blatant tokenism. “So what should we do?” I ask them, because of course it’s also somehow the job of those who are oppressed to hold an “Anti-Oppression for Dummies” workshop. With their infinite patience, they tell me to listen and to raise up the voices of artists who actually belong to other communities and not just those white male creatives who make an effort to be inclusive.

Without further ado, which takes some doing because I really love ado, here is just a tiny, tiny sampling of amazing creative folks who are doing bonkers-rad stuff who also happen to not be straight white dudes.

People You Should Know By Now

If this is the first time you’ve heard the names Ava DuVernay, Ryan Coogler and Barry Jenkins, you are looking for the “Golf” section of The Reader, and we don’t have one. DuVernay’s 13th is as full-throttle important a documentary as has ever been documented. Her next directorial effort, A Wrinkle in Time, looks every bit as gob-stoppingly magical as my tween brain dreamed the book to be. That movie will also make DuVernay the first woman of color to ever direct a live-action movie with a budget of over $100 million. If things go as I suspect, this will not be the last time she gets a six-digit check to ensorcel the undeserving masses.

Coogler followed his freshman effort, the makes-me-cry-even-thinking-about-it Fruitvale Station, with Creed, which remains the best film featuring Rocky Balboa—suck it, Ivan Drago. Now he’s got The Black Panther, a movie that looks so gorram good, it’s made me briefly stop rooting for the supervolcano under Yellowstone to swallow this awful world in ash and fire. Both DuVernay and Coogler are about to obliterate the box office and, somewhat frustratingly, make the white studio elites who still run everything in Hollywood a lot of money.

For his part, Jenkins was recently involved in my favorite Oscar moment of all time. I hadn’t realized that the way I wanted to see his film, Moonlight, win Best Picture at the Academy Awards was by briefly making the gang behind the overhyped, white-jazz opus La La Land think they won before snatching the statue out of their sad, sad hands. But it turns out, that was exactly what my soul longed to see. Jenkins has a bevy of projects a-happenin’, including a series involving the Underground Railroad and movies based on a James Baldwin novel and the life of Claressa Shields. This juggernaut trio is dividing and conquering, with DuVarney and Coogler currently filling the banks and Jenkins currently filling the trophy shelf.

People You Should Know Soon

Pariah is one of those movies that is so profound I want to physically force every human being to imbibe it in their eyeballs and earholes. Writer/director Dee Rees’ film is inarguably one of the most authentic, sincere examples of what the medium can achieve and should sit next to Moonlight on the shelves of people who wisely refuse to entrust their cinematic libraries to the intangible digital “cloud.” Her latest, Mudbound, hits Netflix on November 17 and follows soldiers who confront racism after returning home to rural Mississippi after fighting in World War II. This sounds like further fodder for those of us who believe in the virtues of Nazi hunting at home and abroad. Rees is also partnering with Shonda Rhimes on a TV show for FX that adapts Isabel Wilkerson’s The Warmth of Other Suns, which details the migration of black Americans from the South to the Midwest, moving from living among open racists to “more polite” racists.

Writer/director Nacho Vigalondo only missed the “People You Should Know By Now” category because nobody watched Colossal. Cheer up, Anne Hathaway, I did! And I found the slightly imperfect, but highly ambitious, kaiju-heavy metaphorical endeavor to be a sign of giant goodness to come. From his first full-length feature, Los Cronocrímenes (Timecrimes), to his muted alien-invasion/light-horror flick Extraterrestre (Extraterrestrial), to his anthology efforts in The ABCs of Death and VHS: Viral, Vigalondo has shown a gleeful insanity and willingness to genre-bend. I’m optimistic that, sans Hathaway, he will move up a whole subsection in what I think is going to become an annual piece in the November issue each year. And really, what artist’s goal isn’t ultimately to move up a whole subsection in an annual piece from some dude in Omaha?

Like Vigalondo, I almost put Zal Batmanglij into the “People You Should Know By Now” category because he made one of my favorite TV shows of last year and his last name has Batman in it. Actually, The Sound of My Voice, Batmanglij’s first collaboration with Brit Marling—who I also feel guilty about not further including in this piece—made my top 10 list in 2011. So, yeah, you could say me and Batman go way back. The OA, his and Marling’s Netflix TV show, channels the same weird, light-sci-fi goodness that made me love their first movie and also may include the first time performative dance has ever been used in an action sequence. Whatever day the second season of The OA drops on Netflix, I’m hanging my “Busy Binging” sign on my door. It’s like when people hang a sock on the doorknob in college, only instead of signifying sex stuff happening inside, it’s just me watching TV. So it’s exactly like when I hung a sock on the doorknob in college.

People You Should Put on Your Radar

This whole piece only ever-so-lightly grazes the surface of something that deserves a ton of quality scritches n’ scratches. But this last group even more so is seemingly infinite. Use your favorite Google machine and find tons more talented, passionate creative folks you haven’t yet discovered any time you sit slackjawed in front of whatever streaming service you prefer conflicted on what to watch next. I just picked three out of this glimmering pool of awesome.

Lucrecia Martel, a founding member of “New Argentine Cinema,” has made a bevy of bad-ass short films and crushed each of the full-length endeavors she has put forth. La Ciénaga, which arrived in 2001, was voted “the greatest Latin American film of the decade” in one poll; The Holy Girl, her second feature, made the same list and screened in competition at Cannes; and her third, The Headless Woman, also made the same top 10 list and was insanely well-received at Cannes. I’m not good at math, but having all 3 of your films on a “best of the decade” list seems “good.” Her current project, Zama, was just selected as the Argentine entry for Best Foreign Language Film at next year’s Oscars and adapts the existential 1956 novel about a soldier stationed in Paraguay. Divided though we may be as a nation, I know we all join in one shared love for existential explorations of colonial soldiers in Paraguay, right? One of the truest “art for art’s sake” artists in this piece, Martel deserves the attention of all true cinephiles.

Sydney Freeland first got significant attention after Drunktown’s Finest premiered at Sundace in 2014. That film is yet another triptych about Native American identity, including a trans woman who dreams of being included in a “Woman of the Tribe” calendar. I know, how many thousands of nuanced depictions of modern tribal life with complex, non-binary characters must Hollywood churn out, right? Freeland’s digital series, Her Story, was nominated for an Emmy last year and suffered an unprecedented stunning upset when it lost to a show owned by Time Warner and run by dudebro comedians. Her latest film, Diedra & Laney Rob a Train, hit Netflix in March of this year after debuting to raves at Sundance. Train-robbing hijinks and a super-talented lead (Ashleigh Murray) means this one deserves a slot in everyone’s queue, just like whatever Freeland has planned next deserves our attention.

In 2009, Destin Daniel Cretton made Short Term 12, a stunningly sophisticated tear-jerker that proved what Brie Larson was capable of doing with the opportunity. It was actually his second film, after I Am Not a Hipster, a title which is also the last thing anyone hears immediately before gentrification. Although Cretton’s latest, The Glass Castle, reteamed him with Larson, it didn’t recapture their earlier magic. Please don’t look at the Rotten Tomatoes score for that one. Why is he on this list? Well, he’s currently working with Ryan Coogler and poet/playwright Chinaka Hodge on Minors, a TV show that explores the same foster-care issues that made Short Term 12 so flippin’ brilliant. He’s also working with Michael B. Jordan on Just Mercy, which adapts the autobiography of civil rights defense attorney Bryan Stevenson. Actually, part of why I included Cretton on this list was his Glass Castle misfire, as hetero-white-boyz get chance after chance despite biff after biff, whereas others don’t. Isn’t that right, Max Landis?